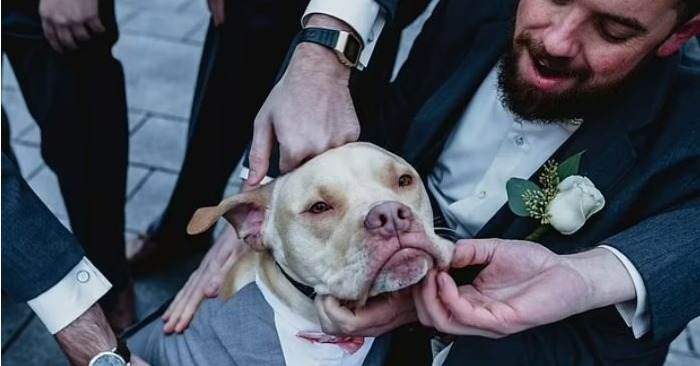 A cute ceremony, that was attended by the dog

Mike and Emily Mikaelson felm Michigan recently got married in front of their family and friends and also their beloved dog named Inko, who was the centre of attention throughout the whole ceremony. 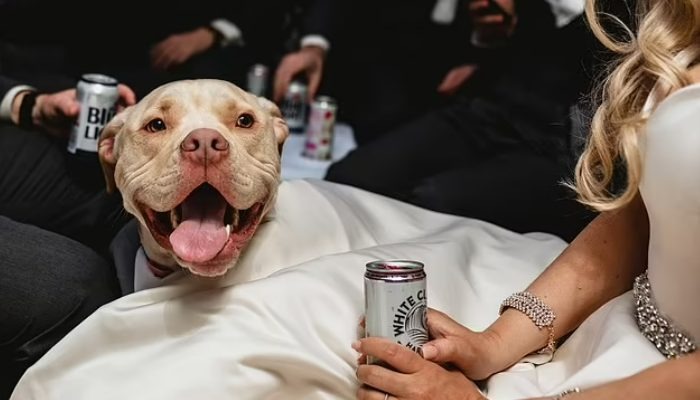 The sweet dog wearing a grey tux was the best man during the wedding. He handled the status gracefully. The cutest one was the dog. 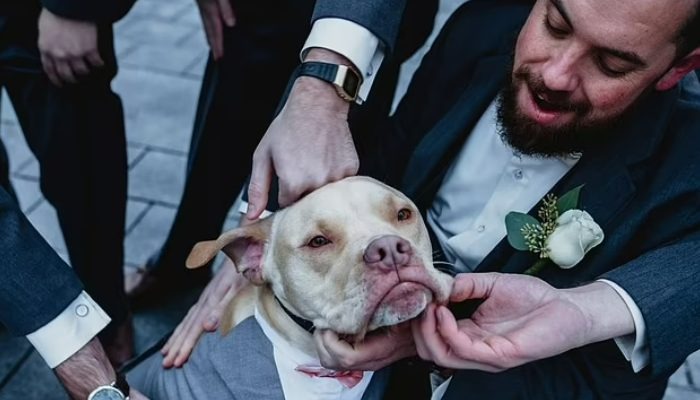 Mike Mikaelson told, that they considered that Inko must be present at their wedding ceremony. He also told, that at first they wanted him to carry the rings, but them they chose him as the best man. 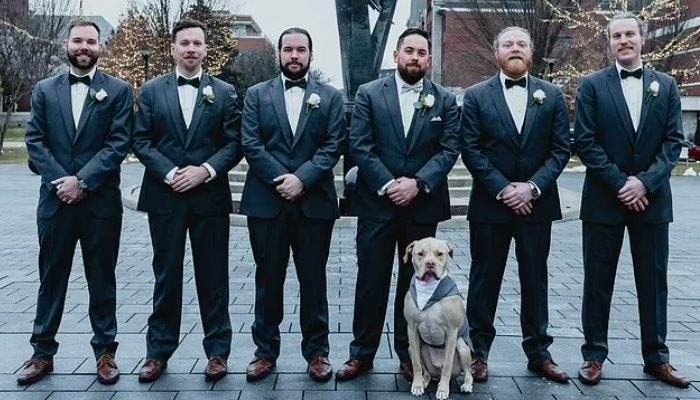 The sweet dog can be seen in almost all wedding photos. They were overjoyed, that he was present on their happiest day. When the wedding ceremony started to get too noisy, the dog was taken home in order not to be worried by loud music and other activities. 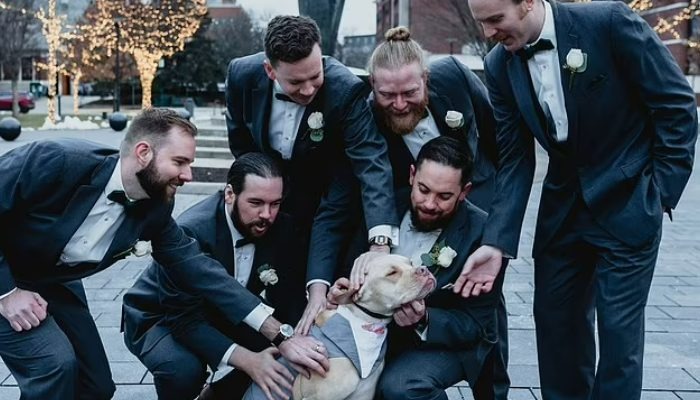 Emily and Mile told, that Inko was perfect and the ceremony went well. They told, that they are still hearing about how gifted he was. Isn’t it adorable?