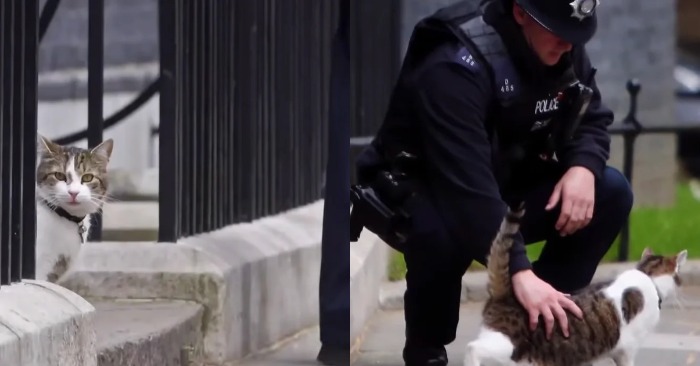 The cat, that won many people’s hearts around the world

A cat named Larry is living at 10 Downing street in London, the British Prime Minister’s residence and the government’s official offices. He likes to be outside and meet visitors. 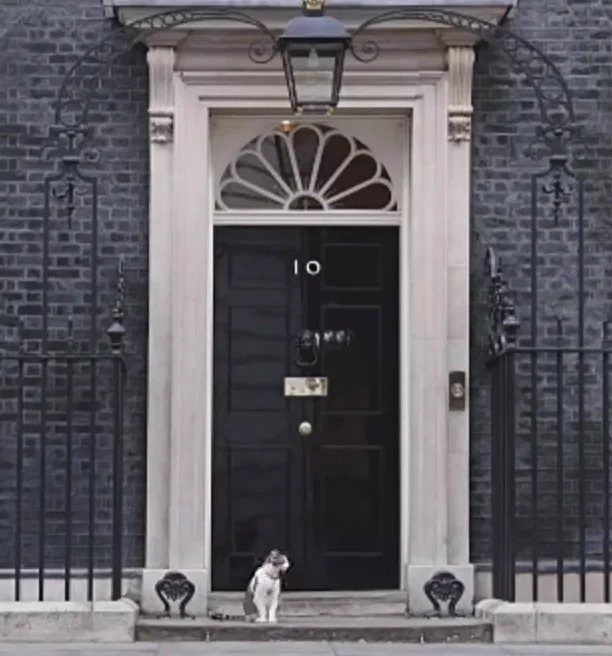 Larry was saved from the shelter. Little Larry is popular for his amazing mouse hunting ability. But when he was brought there he needed some time before starting his hunting games. 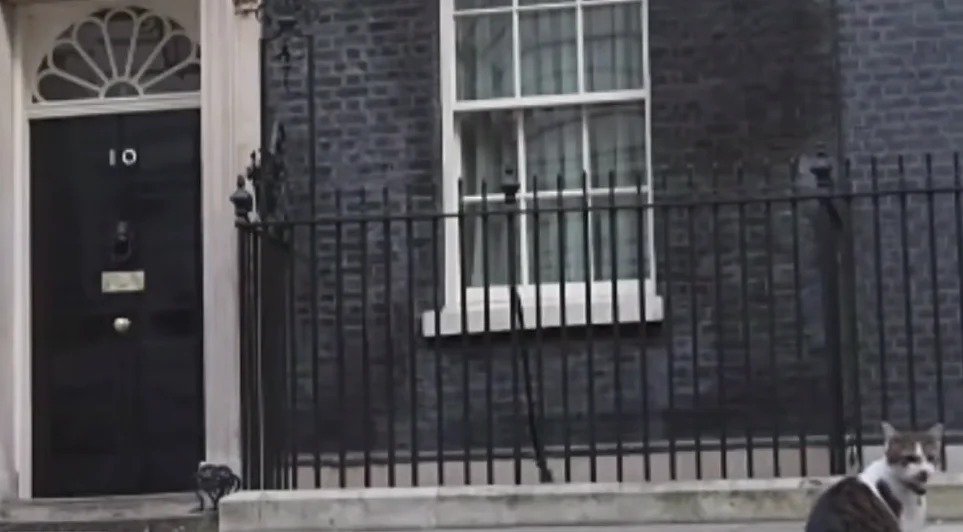 “Larry spends his days meeting guests, examining security defences and napping on the ancient furniture.” as it was written in his official website. His daily routine also includes considering a solution to the house’s mice catching. 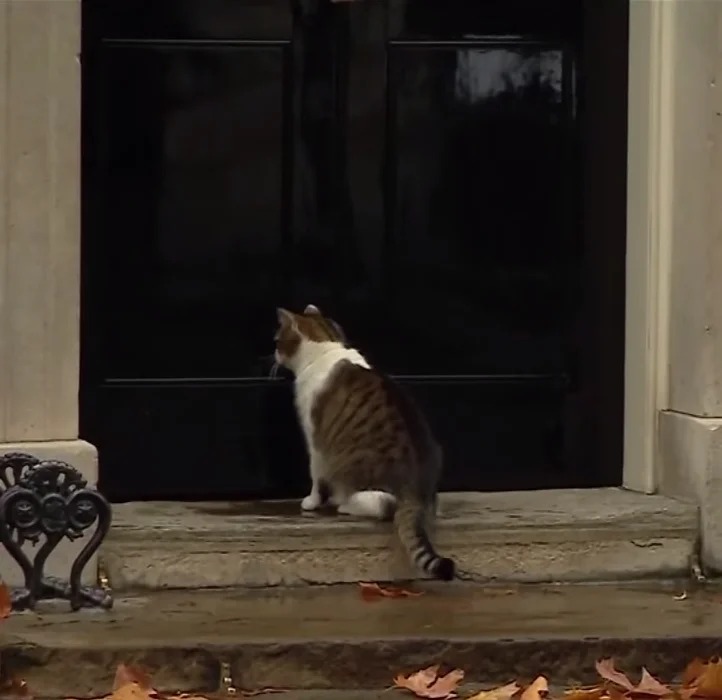 Larry was outside when it started to rain one day. He tried to enter the house as he didn’t want to get wet. As there wasn’t any pet door he decided to wait for someone to let him in. 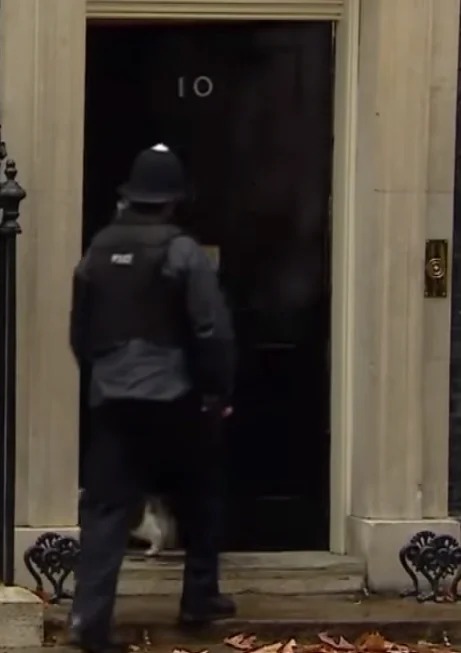 A police officer guarding the house felt a pity for the cat and knocked the door to let him in. And after the door was opened he immediately went in. 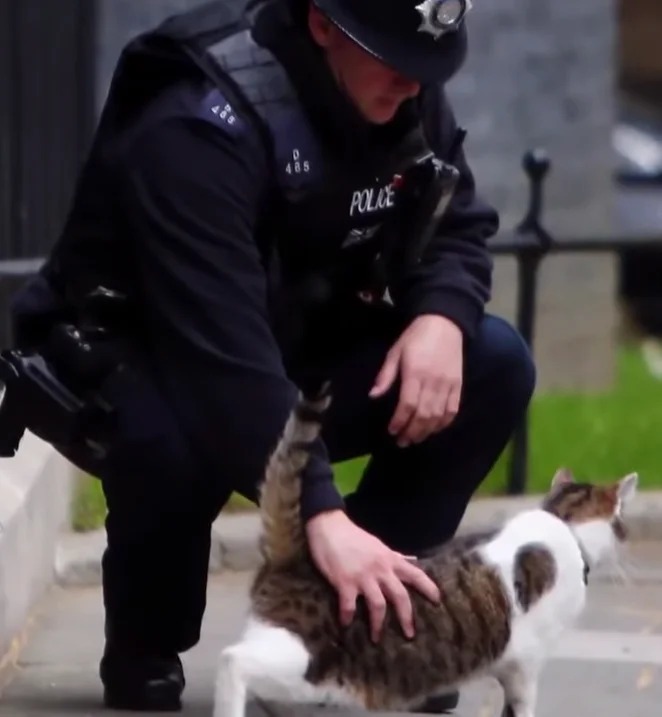 The police officers guarding the house wasn’t the only people, that are in love with Larry. There are many people around the world, that love the cutie so much. He also received a lot of treats and gifts. 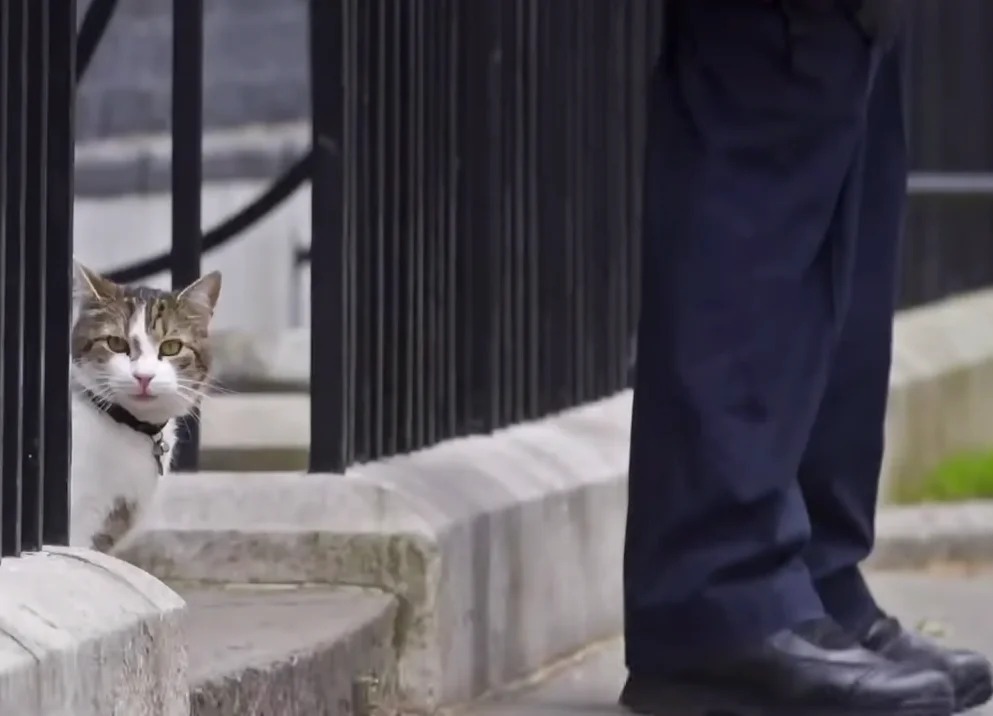 Just look at the cute video: