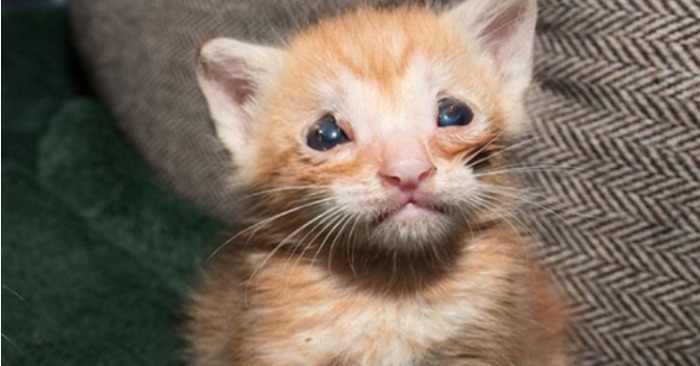 Benny and his siblings were brought to the sanctuary two years ago in the hopes of a second chance at life. One of the kittens passed away, but the smallest one named Benny turned to be a real fighter.

He was born with a congenital disorder, in which the eyelid doesn’t form properly during development. His health condition was very serious and he needed an operation when he gets older. 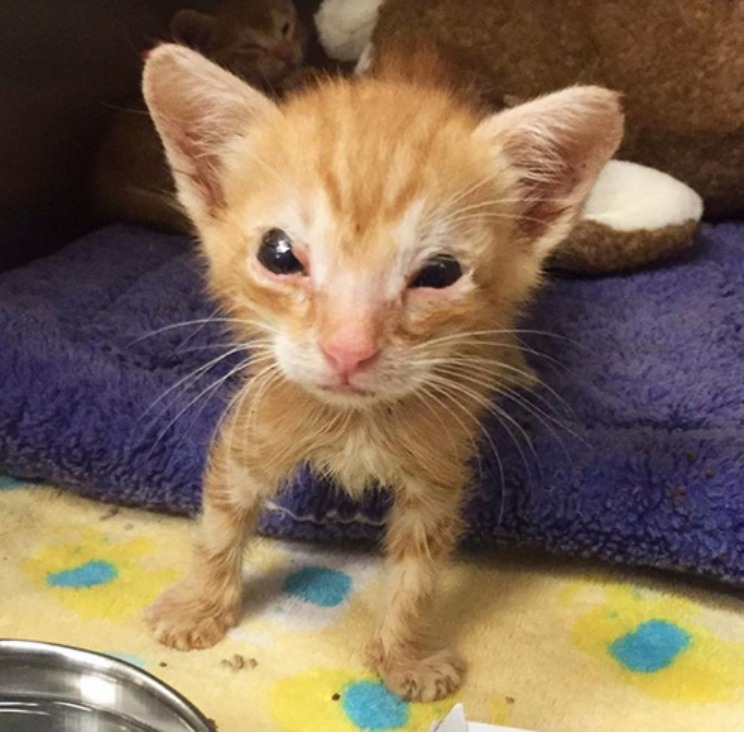 Benny had a really difficult way. The foster mother Tina told: “He was very weak and didn’t grow for the first two months.” 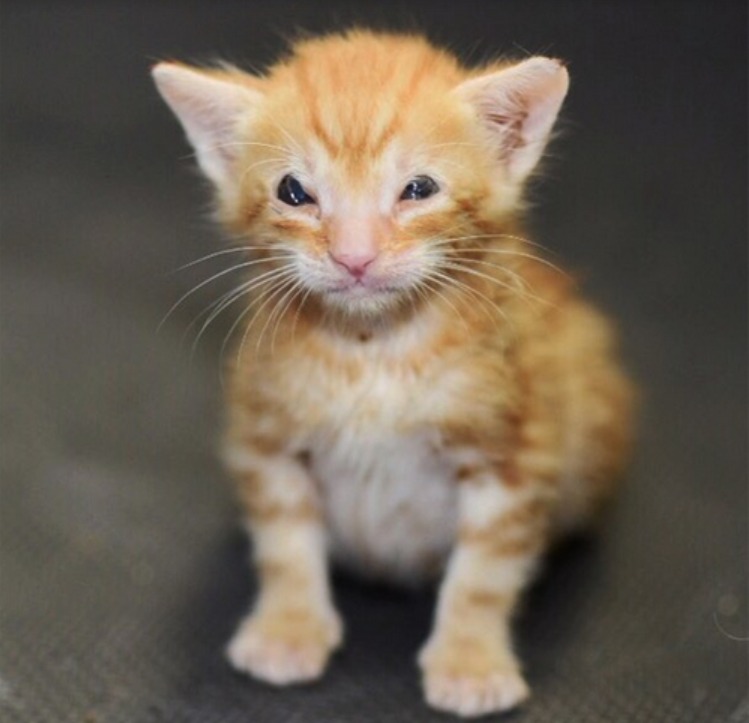 The ginger kitten was half of the size of his siblings. The other kittens developed snd grew properly, Benny was still very small and struggled to gain weight.

They were worried, that Benny wouldn’t be able to survive, but he refused to give up and also Tina joined him in his battle. 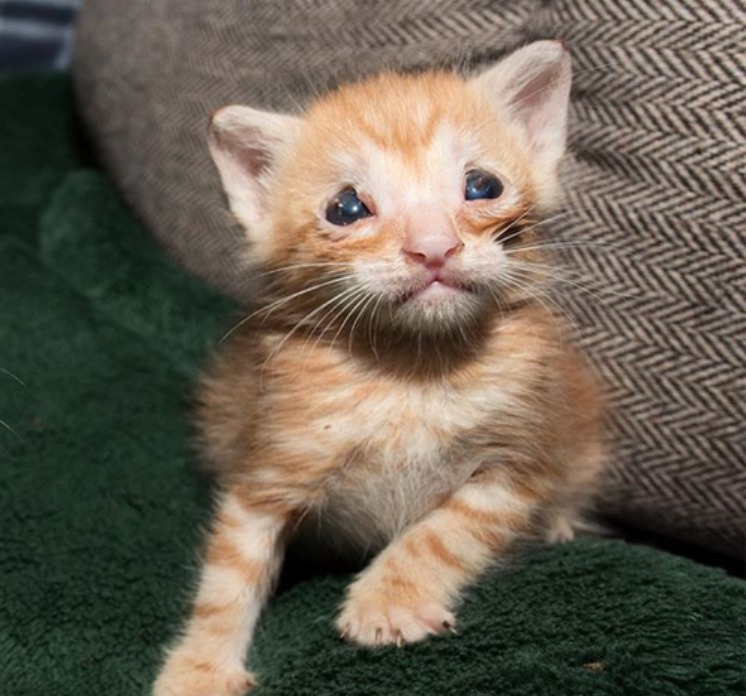 Small Benny returned back to life and started growing after two months of all day long feeding and care.

“We spent so much time helping him to survive, that we couldn’t let him go.” Tina told. 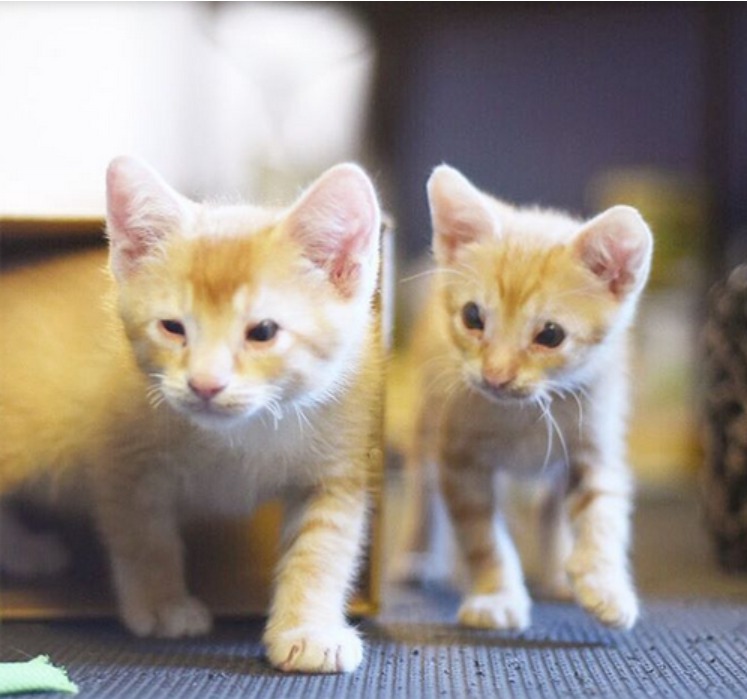 They knew Benny would need special care in the future and they were sure they could meet all his medical requirements.

Tina told: “When it was time for him to be neutered and placed for adoption, we understood we couldn’t let him go.” 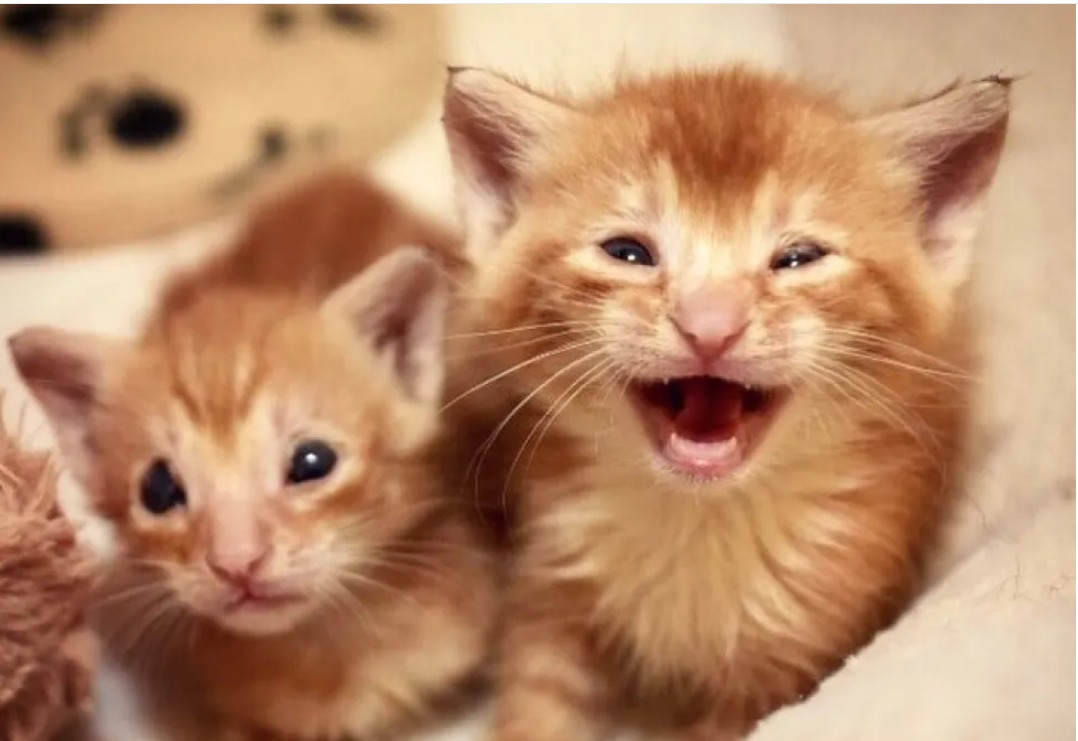 “He had already become our family member.”

Benny was operated when he was nine months old. 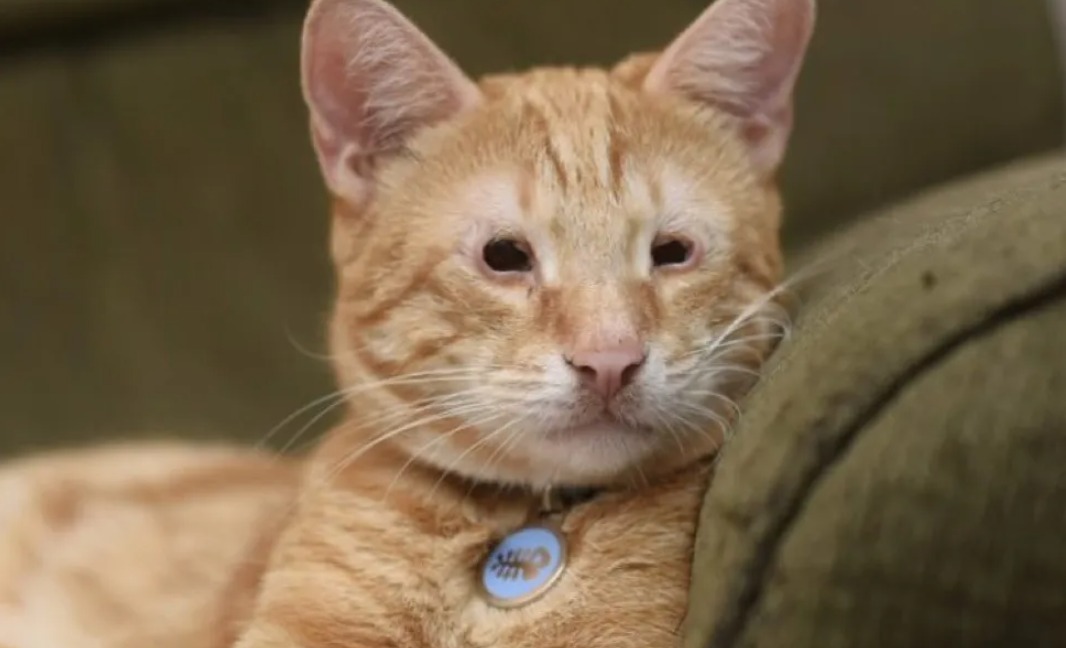 He needs to be in the focus of their attention when he isn’t playing or wrestling with his feline friends.