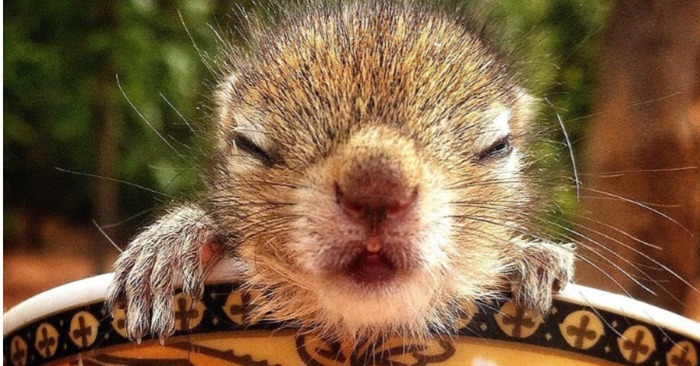 The baby squirrel was abandoned by its mother, but got much love by humanity.

Meet Rob, a baby squirrel, who was left by his own mother in a forest, but fortunately, was rescued by a filmmaker named Paul Williams. The man who works with BBC Wildlife, was walking in the forest when noticed a tiny creature fallen under a tree. At first he thought the squirrel passed away, but when he saw it was alive, took him to a safer place and put under another tree hoping that its mother would find and take her baby. The next day Paul returned to see if the animal was there or not, and he found the squirrel in the same place. So the man couldn’t stay indifferent and took the baby with him.

When Paul brought the baby to his workplace, he asked the staff to search for the squirrels’ nests with their high-tech thermal imaging cameras, but they couldn’t manage to do it, so Rob (as they called him) became their best friend.

Because the squirrel was newborn, Paul must feed him with special milk. Day by day the baby became healthier and stronger. He trusted his rescuers, because he felt safe and protected next to them. They gave him everything he needed: comfortable place for sleeping and much food. Unfortunately, his best friend, Paul, had to leave him in a high-class hotel, because he came back to UK, but the squirrel stayed under the strong care of kindhearted people who will take care about him until he will be ready to return to his habitat. 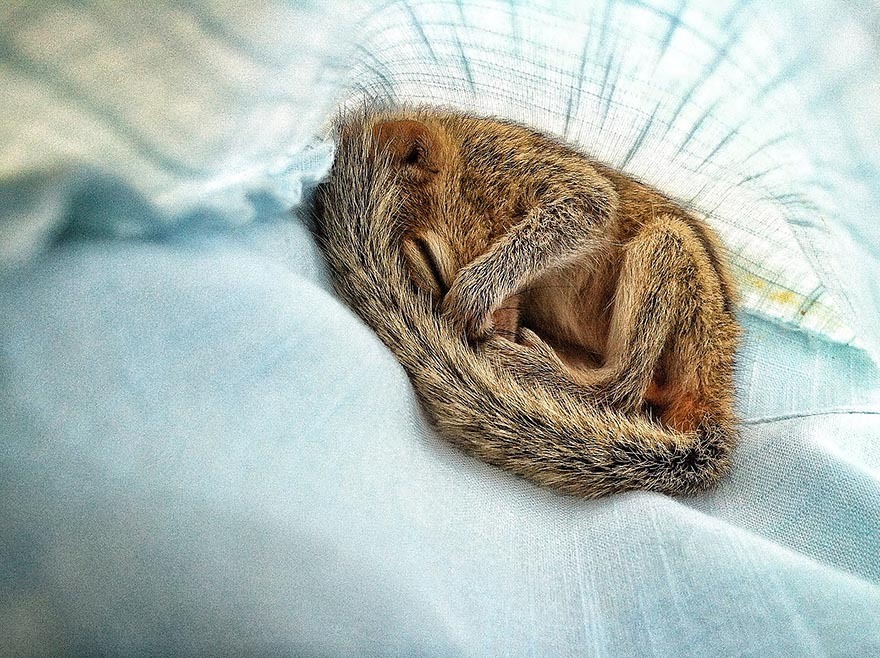 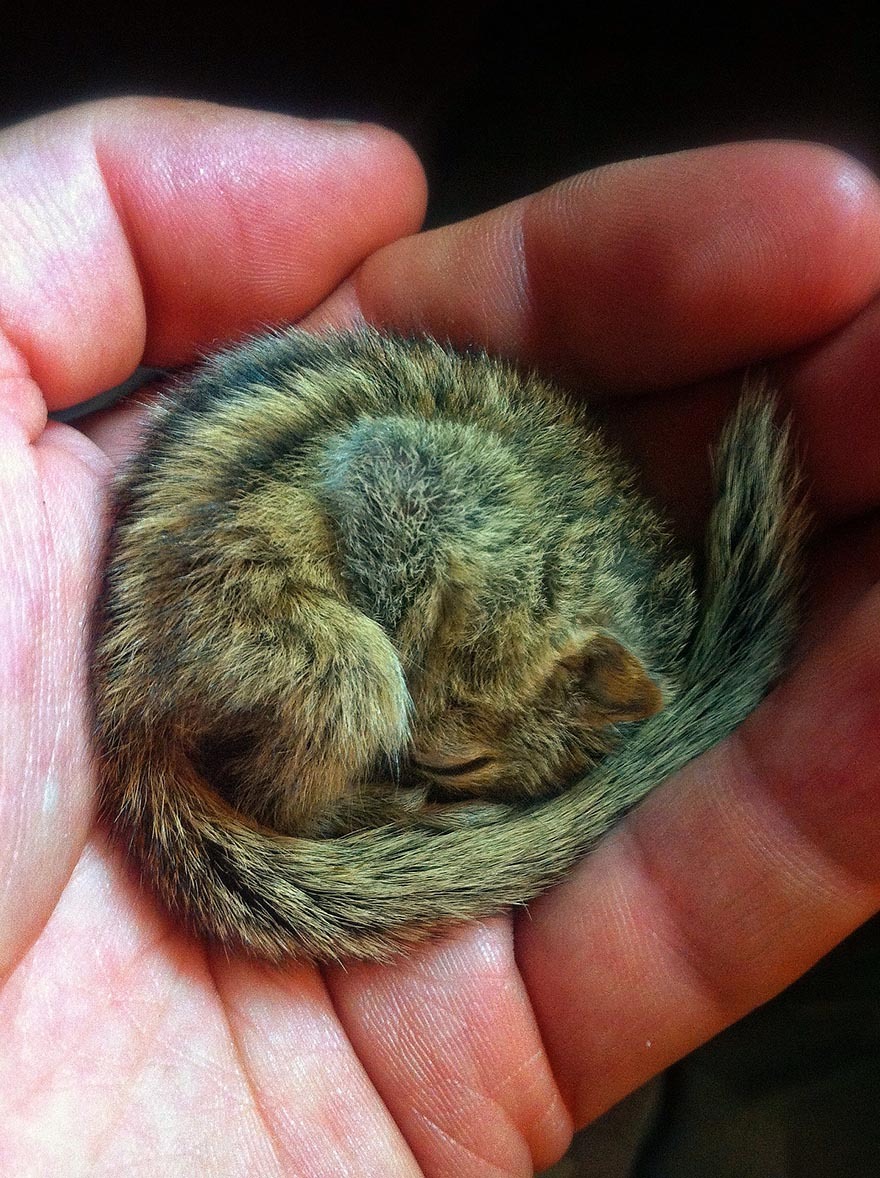 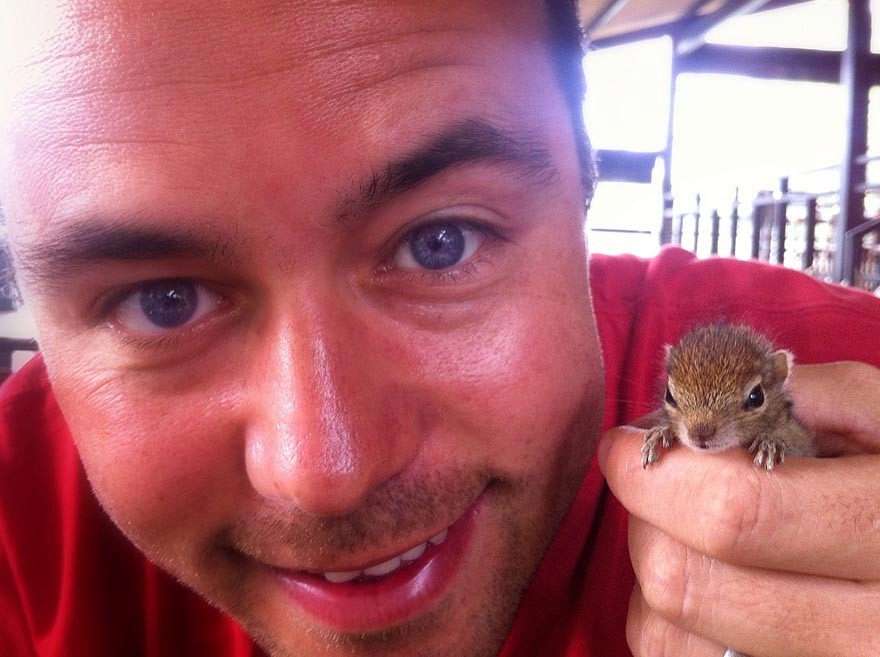 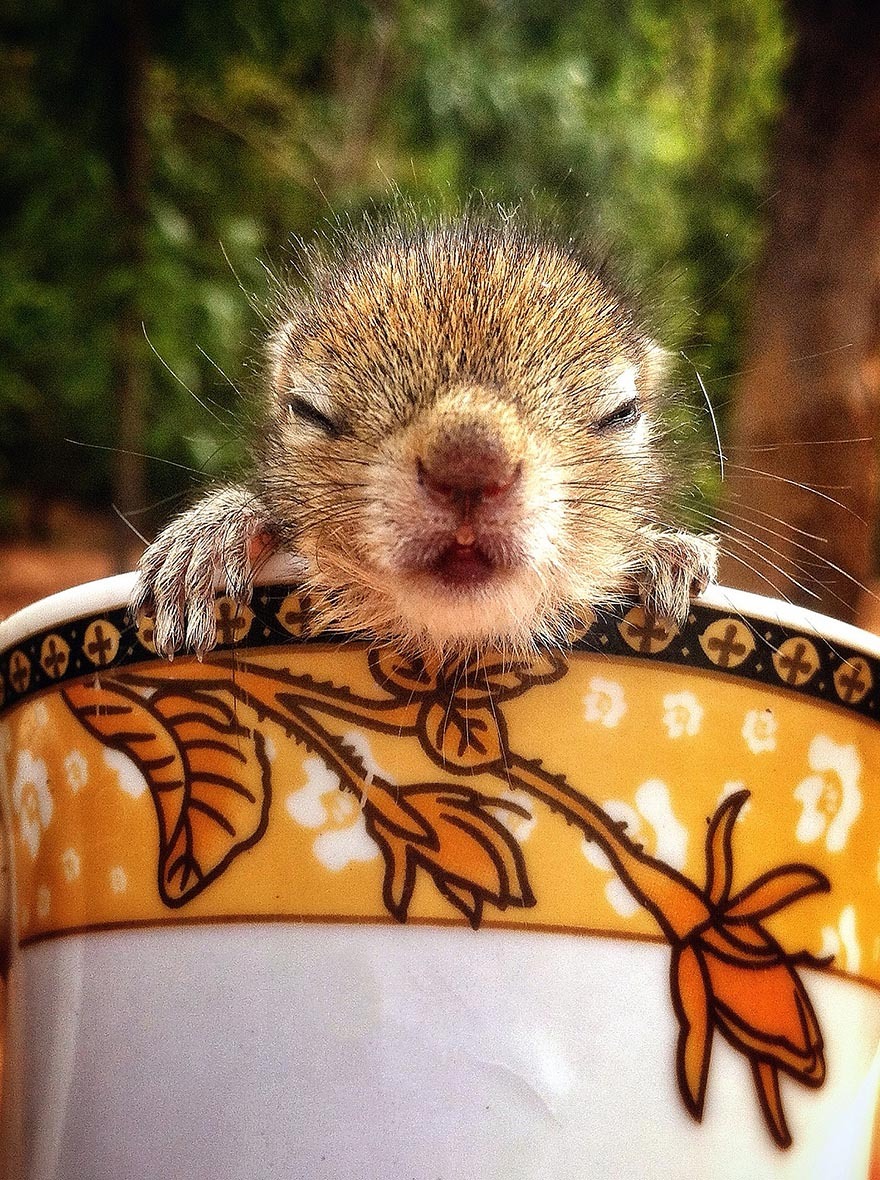 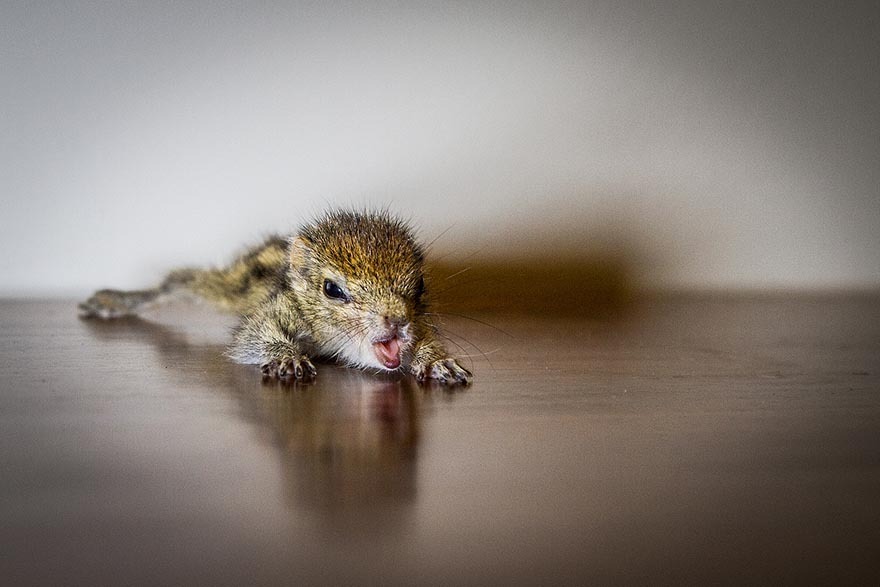