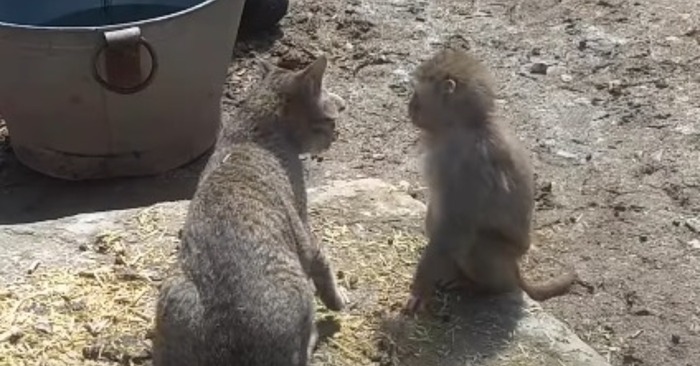 This adorable monkey met someone, who changed his life completely.

When Avni, a little monkey, lost his family, he was rescued by Peepal Farm Rescue, India, and began to live there in a cage. Although he didn’t like to be in the cage, a friendly cat named Billo changed his mind and they began to stay there together. 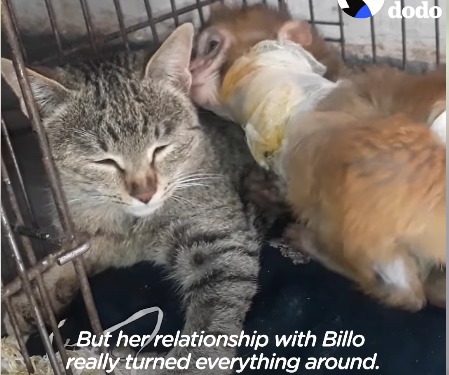 When he was brought there, the staff was confused by his behaviour, because the baby was in an awful condition, but everything changed in his life when he met Billo, who became his inseparable friend. They enjoyed being together and even they slept next to each other. 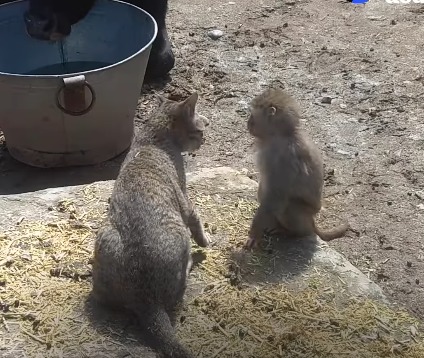 Billo came to him frequently and they had fun together. Avni began to feel great and now he wasn’t afraid of anyone, because Billo was always by his side. 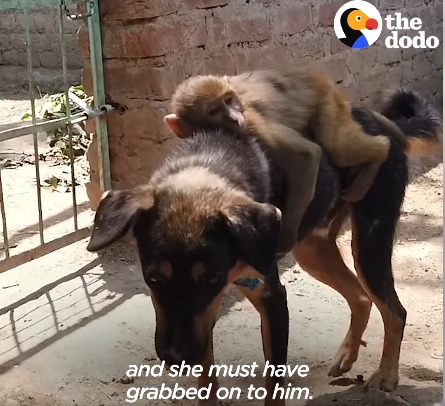 Later, a caring dog named Munnu came to his life and she made him happier. The cutie enjoyed sitting on her back and they went for walking together. It’s really wonderful!