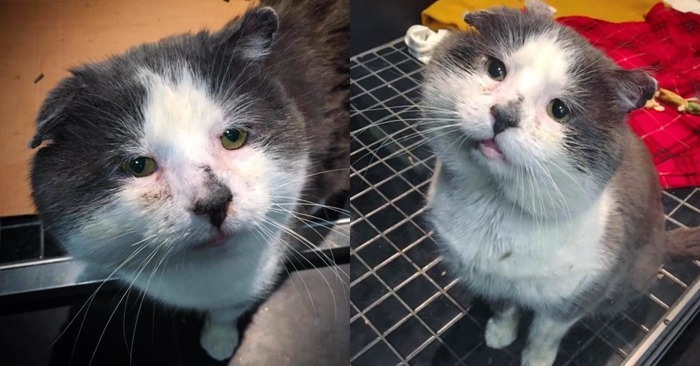 A cat, that changed his desperate look for a joyful ome

Although there are many charities and shelters, that help abandoned animals, there are still many cats living on the streets. Some are adopted and live a happy life, while others are abandoned on the streets. In the case of Barney the story ended happily. 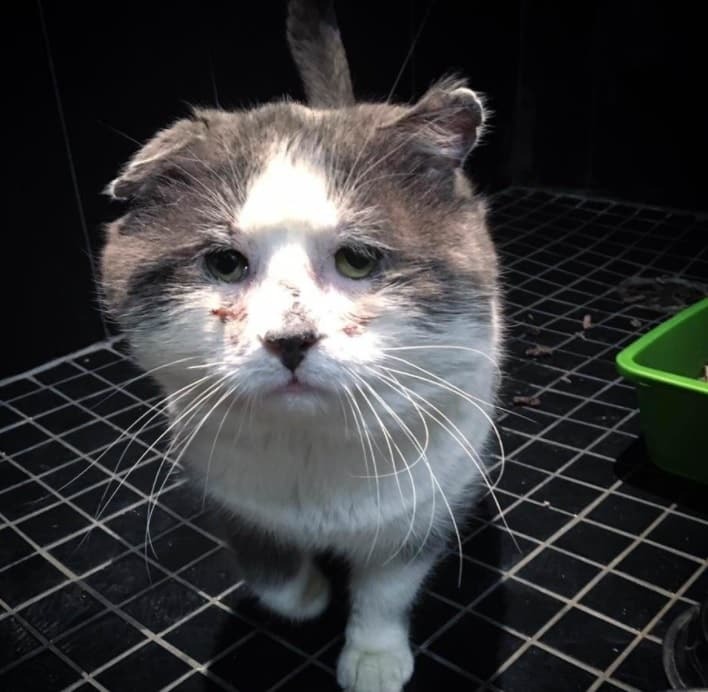 Barney was a 6-year-old abandoned cat, that lived on the streets of Canada. The kitten had a very hard life and also a permanent look on his face. He had barely survived winters on his own and needed extreme help. Last winter he was saved from the street and taken to the vet by generous Samaritans. 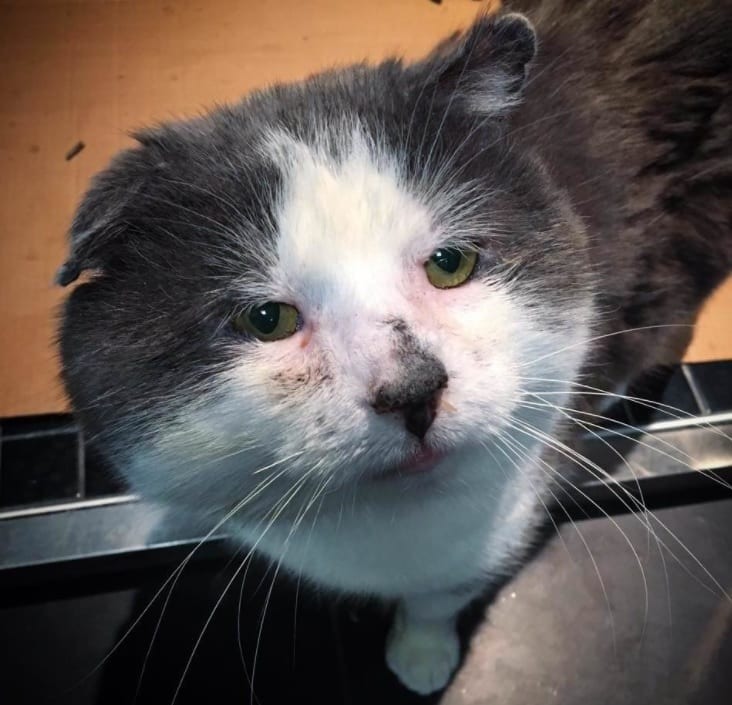 He was examined by a vet and turned out, that he had many problems, that needed to be treated as soon as possible. One of his ears was frozen and folded. He also had some scars, that can probably be from the fights with other cats and a few teeth were missing. The vets started to treat him and hoped he can make a full recovery. 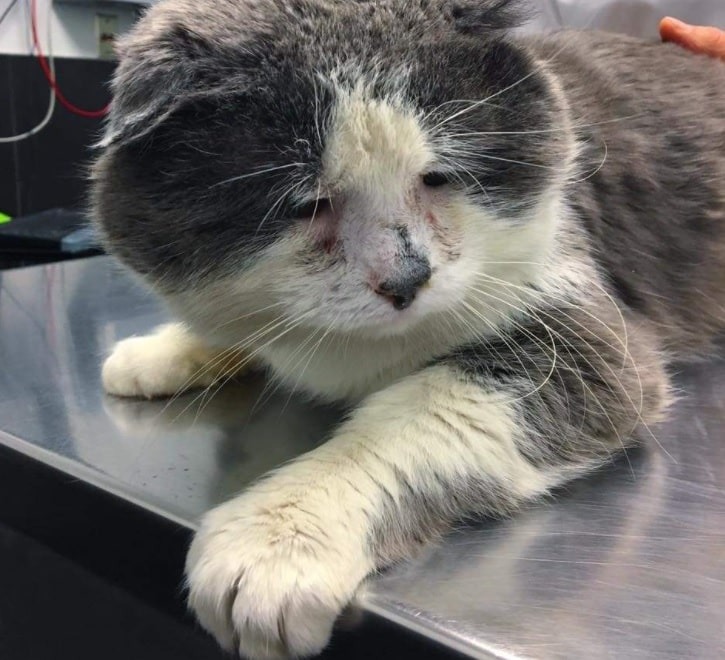 Happily Barney felt better after a few weeks. The kitten was very happy to be in a shelter at a freezing winter, rather than spending it on the streets. The staff adored the kitten and retaliated him with lots of hugs. 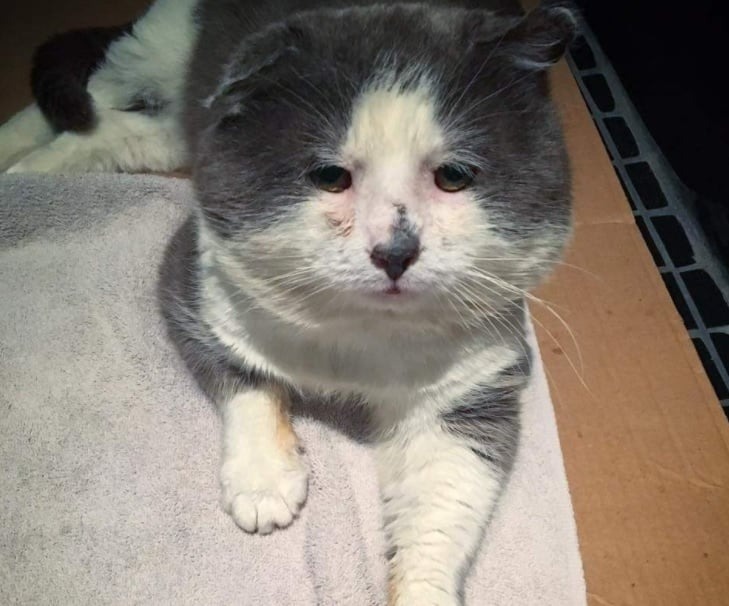 You can look at his before and after photos on their Facebook page. Barney changed his desperate face look for a joyful one. We hope, that animal charity organisations make other homeless kittens happy. 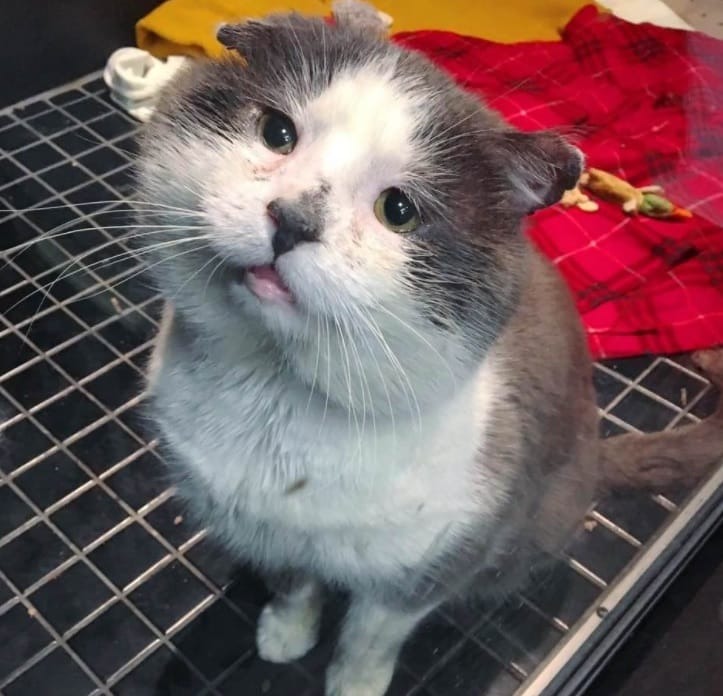