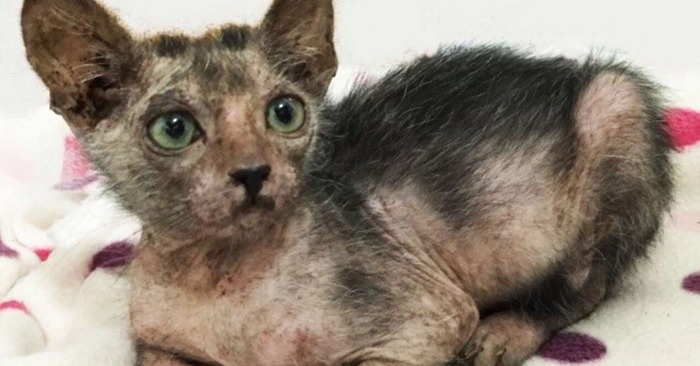 The kitten, that turned out to be a new kind of breed

This is Eyona-he is one of the most extraordinary-looking kittens in the world, and also maybe the rarest.

Eyona was found last March by volunteers in South Africa. A homeless cat was discovered together with her six kittens born in a bush inside a park and also volunteers noticed, that one of the babies wasn’t like others.

The mother and her five kittens looked absolutely normal, while Eyona was like a different animal. He had grey patchy hair, but the test done for finding various skin diseases was negative. He had a narrow face, which looked like another kind of animal.

“He looks like a wolf, but his physical features were of a cat. At first we thought he might be a sphinx crossbreed, but he had many physical differences from cats, so he is absolutely unique.” told one of the workers of the Tears animal shelter.

So recently the rescuers found out, that Eyona has really incredible features. 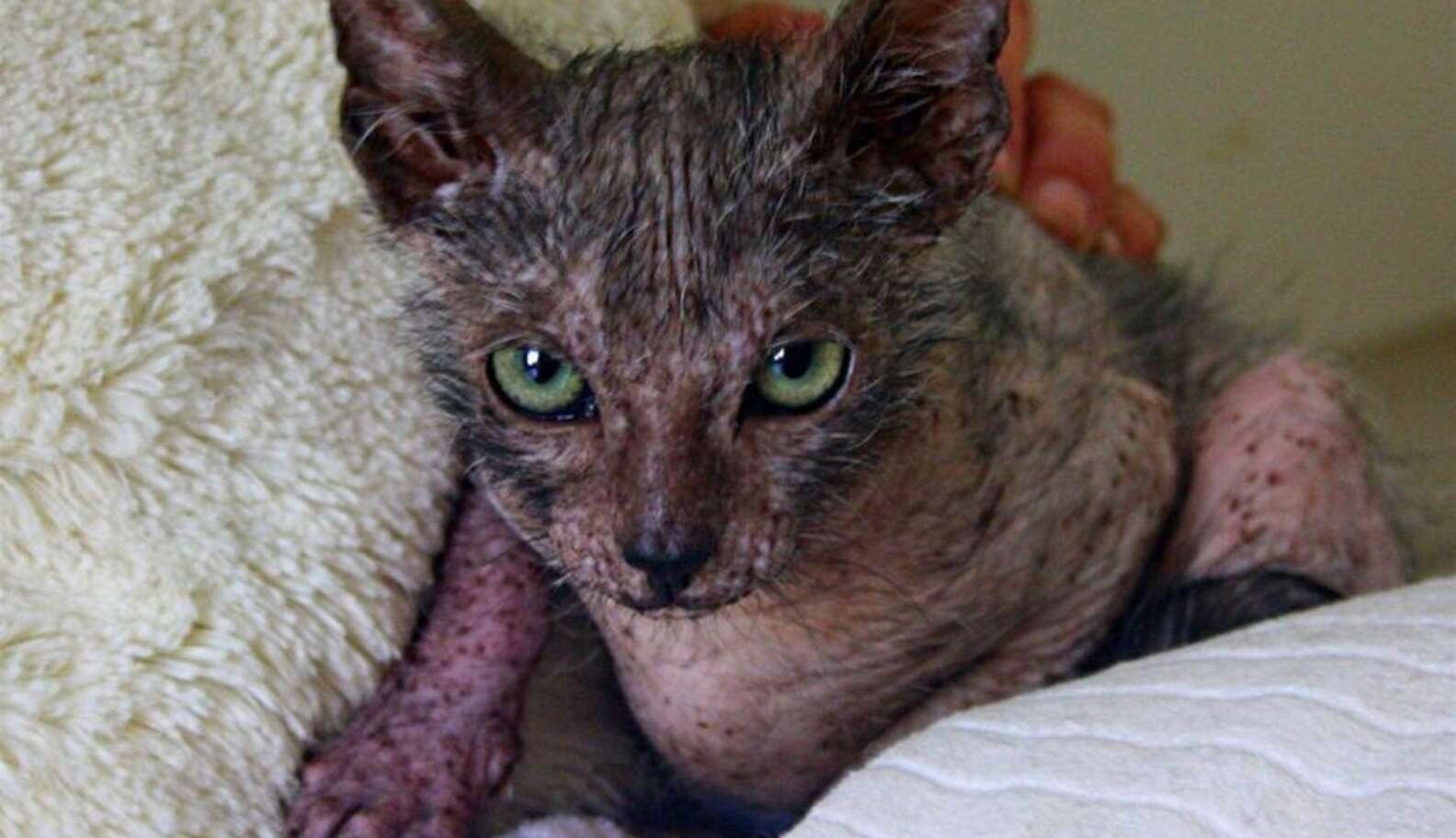 It was found out, that Eyona was born with an unusual mutation, that made him a new kind of cat called Lykoi or “Werewolf” cat.

The shelter told the vet Dr. Johnny Gobble about this unusual creatures and he told, that Eyona is the 35th natural occurrence of this breed in the world.

This mutation was discovered in 2010 and from the moment people wanted to bred Lykoi cats in order to produce more kittens, but the uniqueness of Eyona is that he hadn’t inherited his appearance. 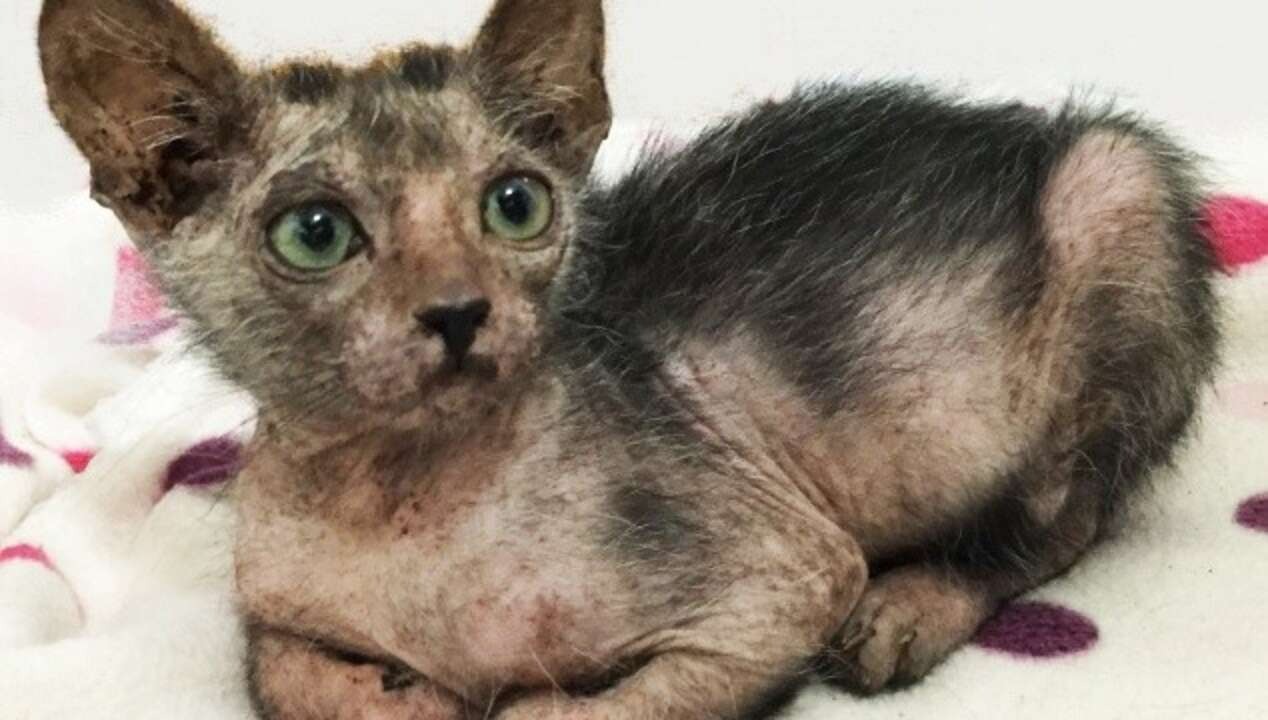 Eyona’s hair is becoming thicker day by day and it isn’t the only feature, which makes him different. This breed looks similar to canines, so they also behave like them and Eyona isn’t an exception. 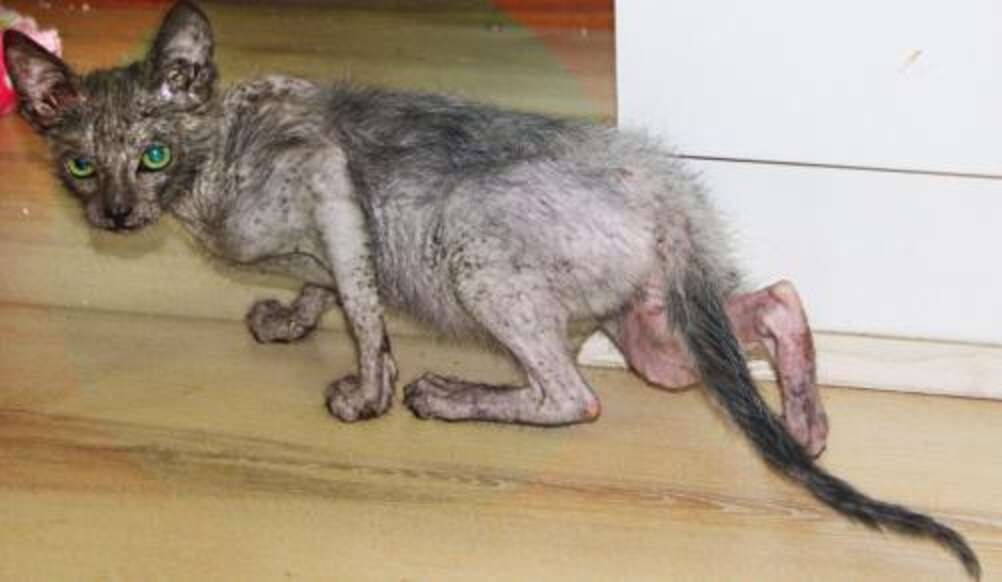 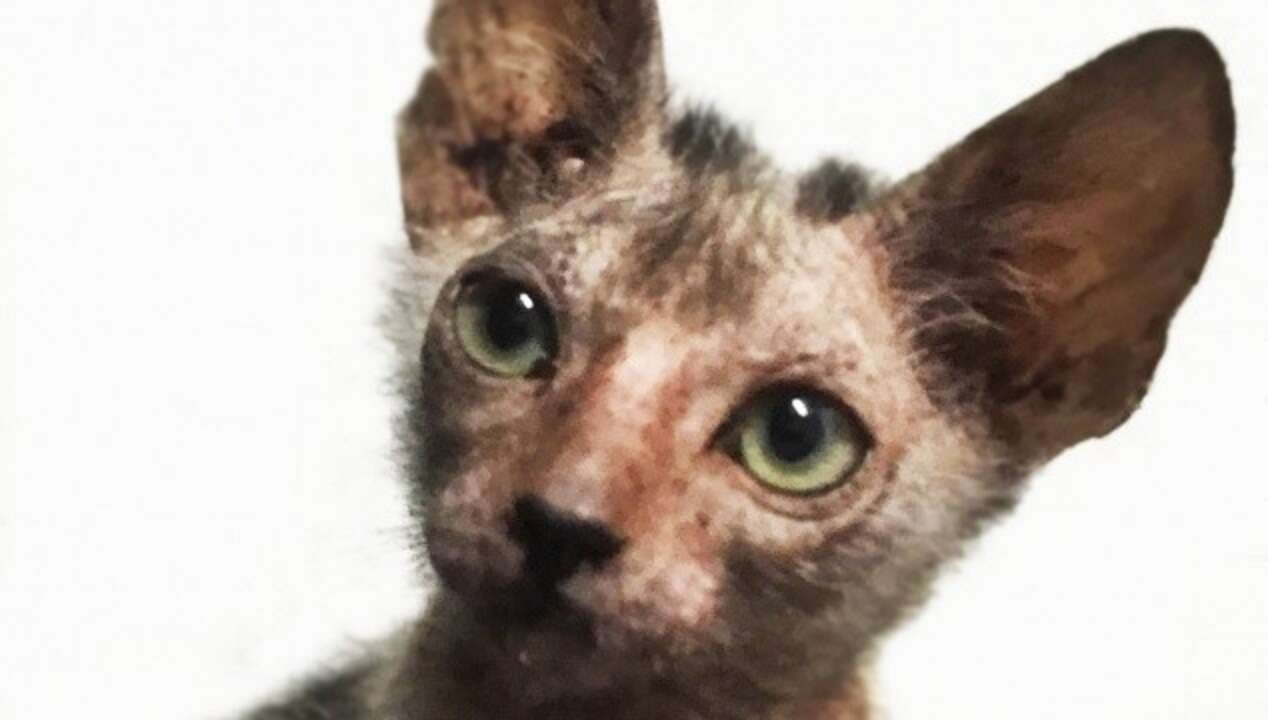 “People all over the world want to meet him and also buy him. The didn’t want him to be utilised. We want to make sure he has a happy life in order he can be who he is.”

So the shelter just chose a trusted foster mother for Eyona, who will love and care for the unique animals.