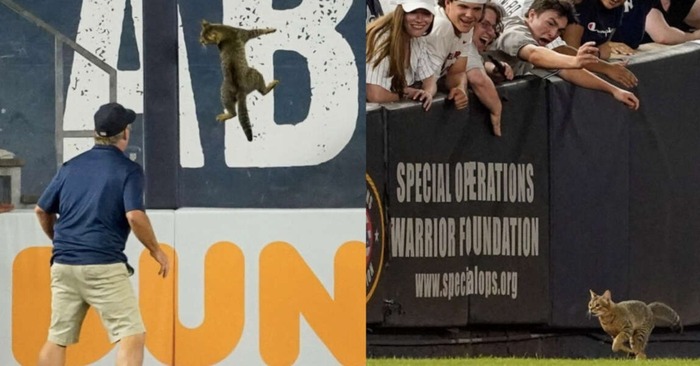 The cute cat became bored and decided to enter the field

On Monday night there was a match between the Baltimore Orioles and the New York Yankees and all of a sudden a kitten entered into the field.

The cat was in the visitors’ dugout, but as he wasn’t bothering the game the staff decoded to leave him in the field. How can they kick him out if he knows his way back?

Maybe the cat got bored and decided to join the game to have fun.

The cat understood, that he had made a mistake as he went into the field. The stadium staff decided to take him off the field and as soon as he understood this he did what usually cats do. He refused to be caught.