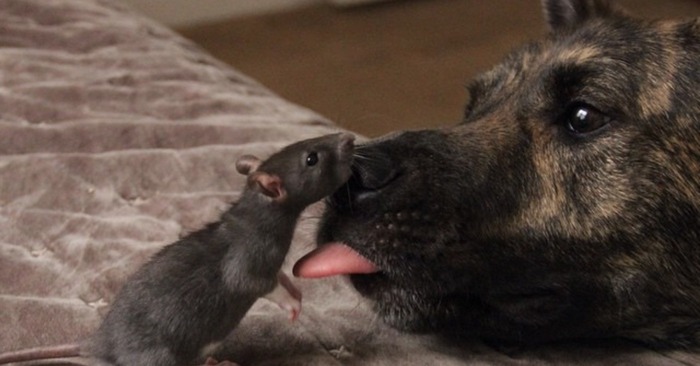 If you have never seen a friendship between a dog and a tiny rat, just enjoy this story.

It sounds quite strange but there can be a real friendship between a dog and a rat. Our today’s heroes proved this fact and became so famous both in real life and on social media.

Osiris, a 3 years old dog, and Riff, a 3 months old rat, found something in common and became inseparable.

When the tiny rat was rescued, at that time she was just 4 weeks old, the owners gave her everything she needed and the cutie became completely healthy and strong. 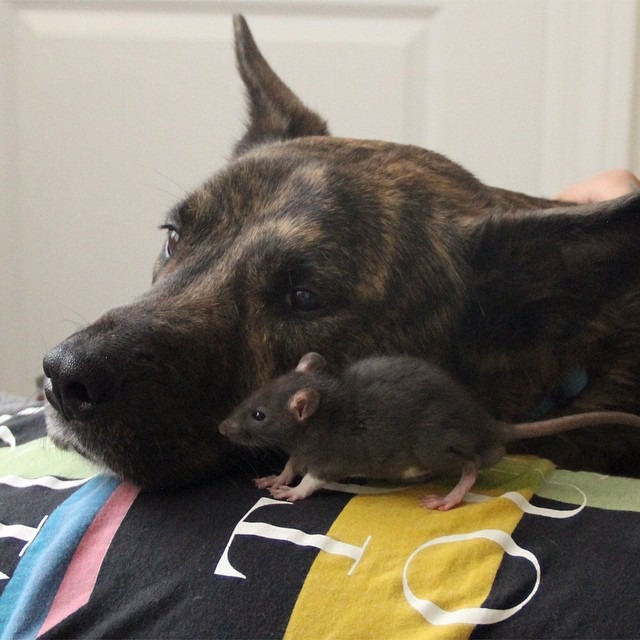 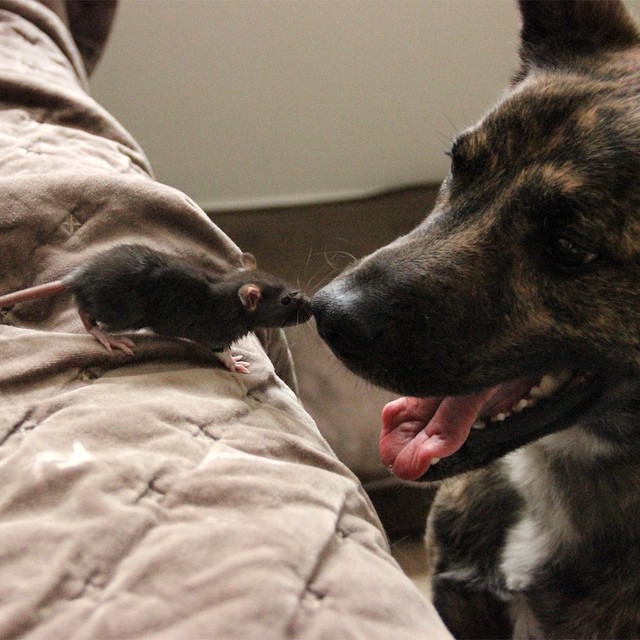 From that time she became a faithful friend for Osiris. She likes to enter the dog’s mouth and clean his teeth. While people thought he would harm the little rat, the dog proved everyone that it wasn’t possible, because he is so kind and caring towards any animal. The rat isn’t the only one whom the dog helped and protected: there are many others who are saved thanks to Osiris. 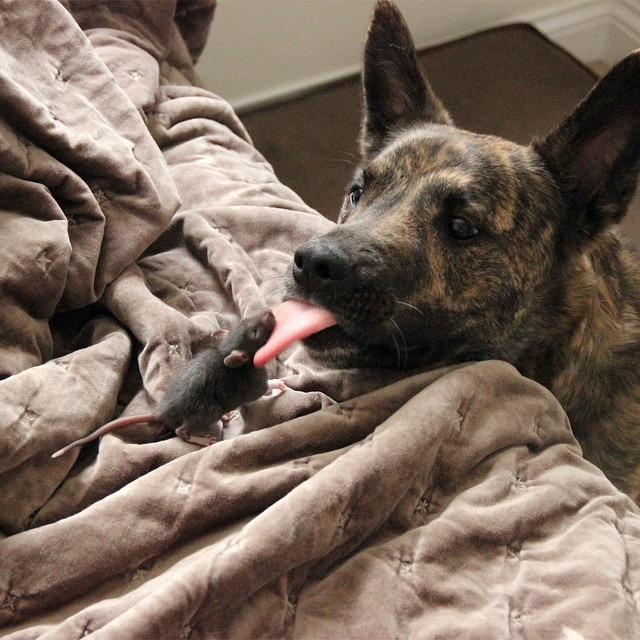 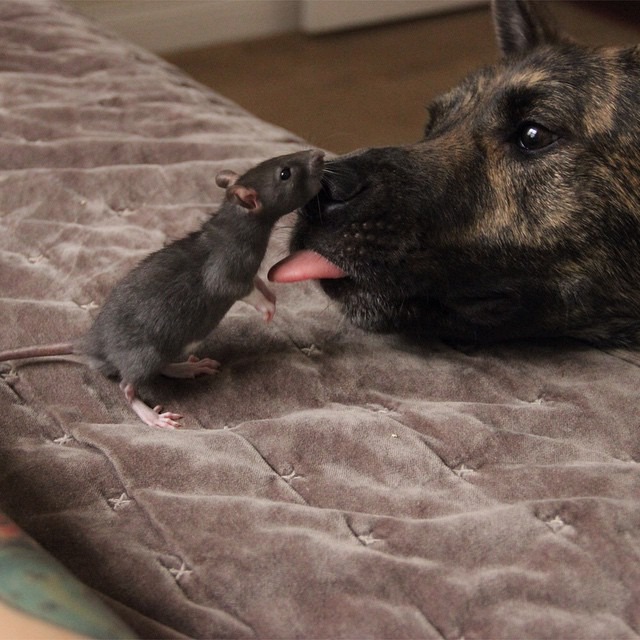