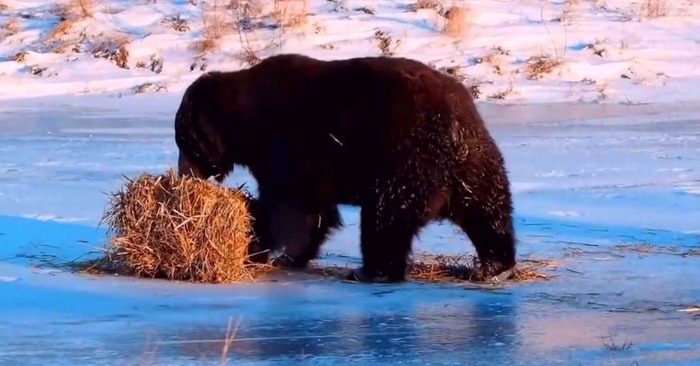 The rescued bear has a favourite thing and enjoys playing with it for hours.

In 2000 two men found a helpless bear under the snow, while they were driving their snow machines. They immediately took the bear to Alaska Wildlife Conservation Center, where he began to live and continues living there still now.

The staff called him Hugo. At first the poor baby was in an awful condition, dirty, unable to move or even eat, but now, after getting all the appropriate treatment, Hugo is very healthy and funny.

Camera captured how he was playing with his lovely thing, a bale of hay. The cutie even didn’t pay attention to anything else.
The scene is really funny and it will fill your day with happiness.