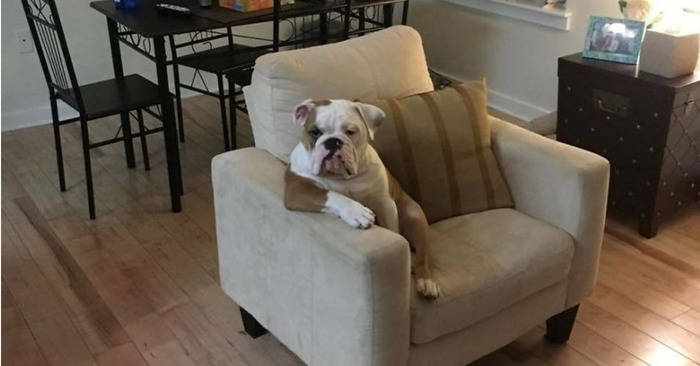 This doggy likes sitting in his favorite chair like a human!

This amazing story is about Walter the doggy, who is a one-year-old English Bulldog from Washington, D.C. As most of the dogs Walter also loves running around and playing in dog parks, sleeping and wrestling with his catty sister. Nevertheless, there is one thing that he literally adores- sitting in his favorite chair like a human being. 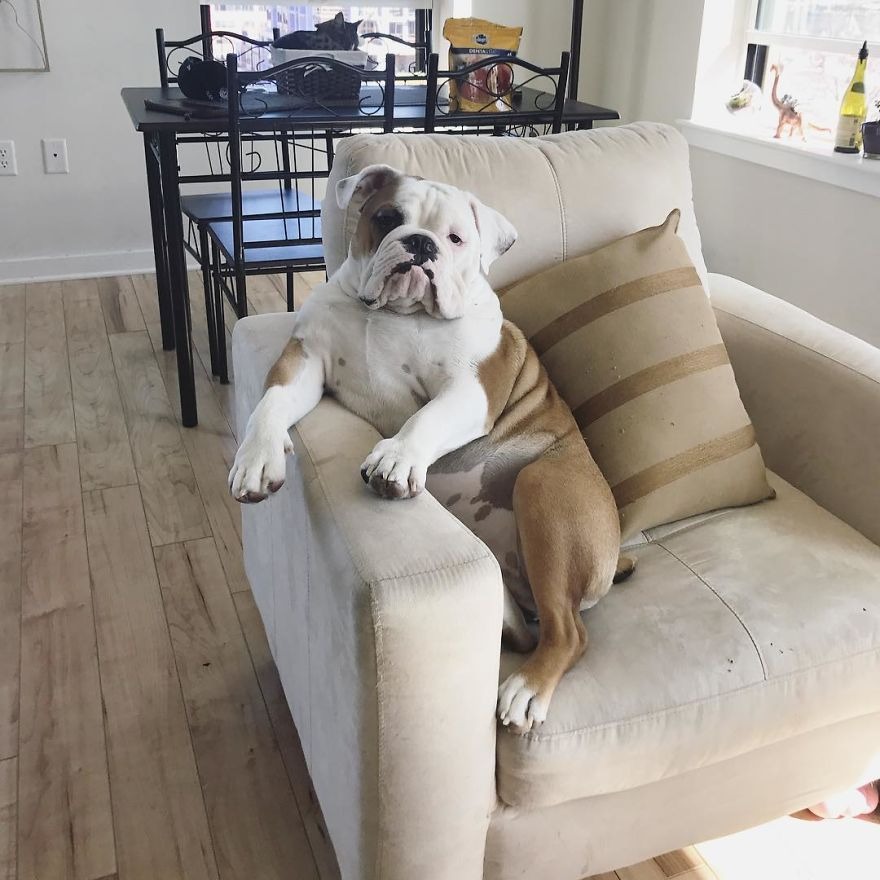 The cutie’s habit first started when his mommy named Michelle Guo refused to give him food.  She told that Walter was her first dog and she didn’t know that there are some points that a pet owner should consider when bringing up an animal. Whenever she ate something she gave Walter a little taste, too. But, one day when they were at a party the cutie pie was approaching at every person staring at them while they were eating and that day Guo realized that “the food begging” should be stopped. “People were getting annoyed with Walter the cutie when he was constantly staring at them while they were eating and that was quite understandable.”- told Guo. So, she just decided to stop giving him food off her plate. As a form of protest, the cute doggy decided to climb up on the chair, sit like a human in it and just stared at his mistress while she was eating her dinner. 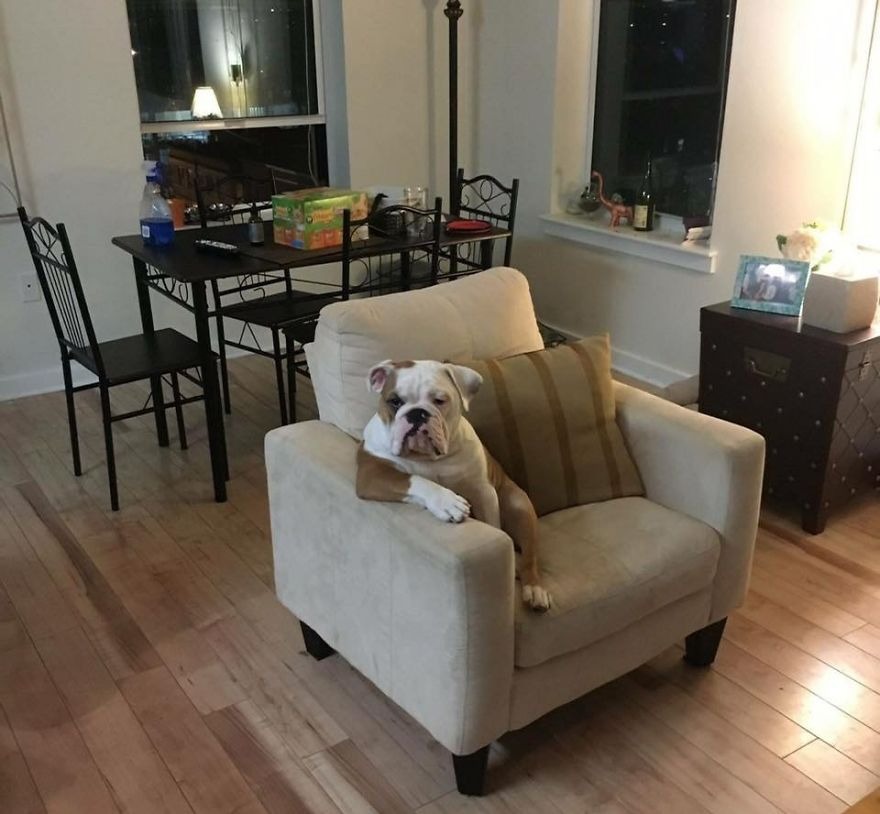 While the cutie first did it as a form of protest, it soon turned into his favorite relaxation position and now Walter the cutie sits 95% of his time in his favorite chair watching TV enjoying his day! 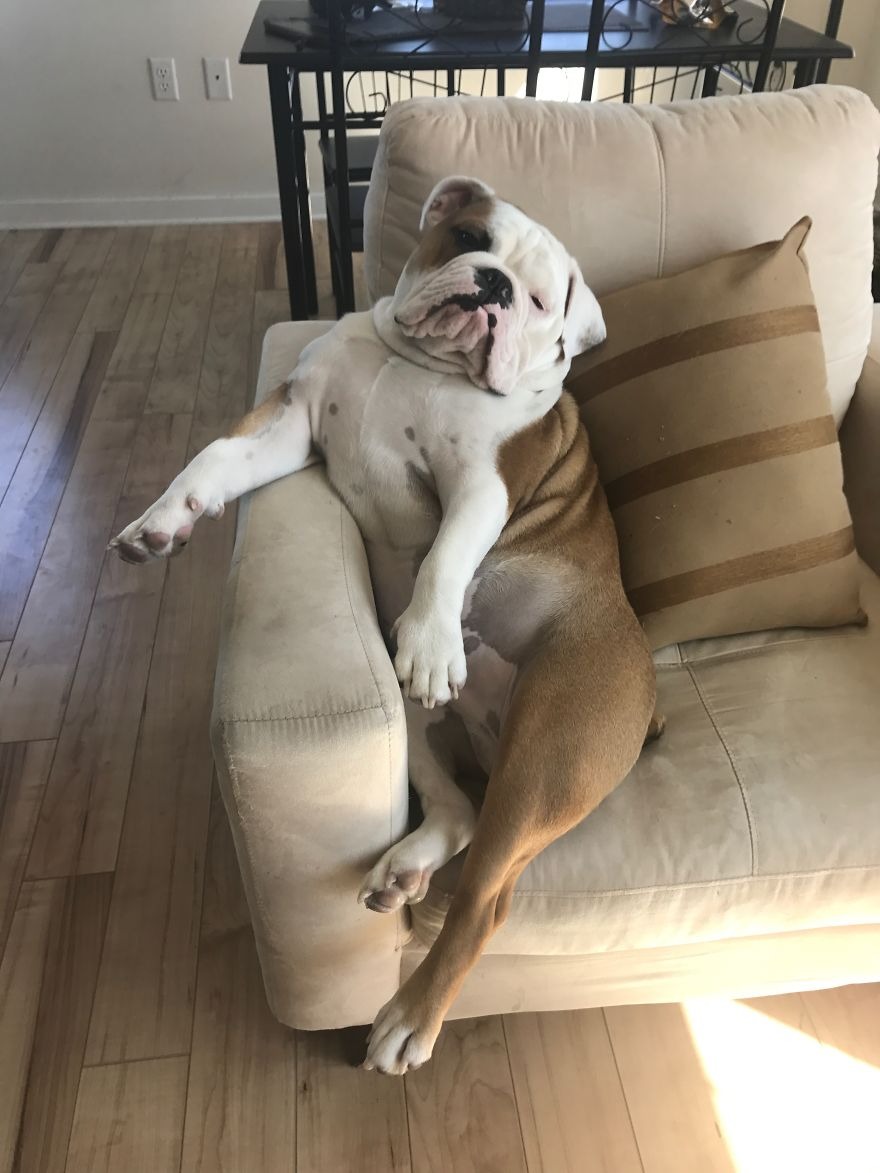