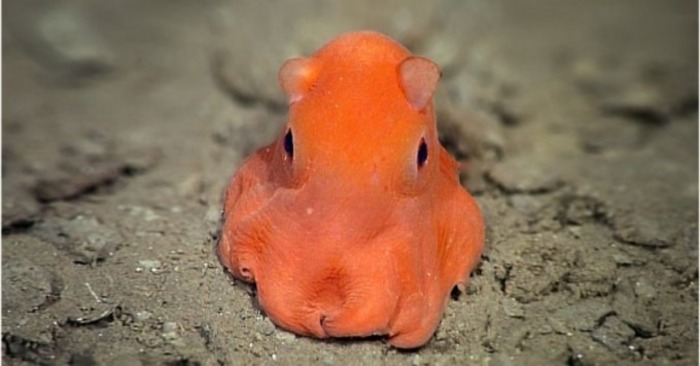 Meet “Adorabilis” the cutie – a unique name for an unclassified octopus who probably has the most wonderful puppy eyes. Stephanie Bush is a marine biology researcher who works at a Monterey Bay Aquarium Research Institute. She tried to choose a special name for the cutie that would show his uniqueness and cuteness who has tiny fins on his head and very big doggy eyes and resembles a cute cartoon character. 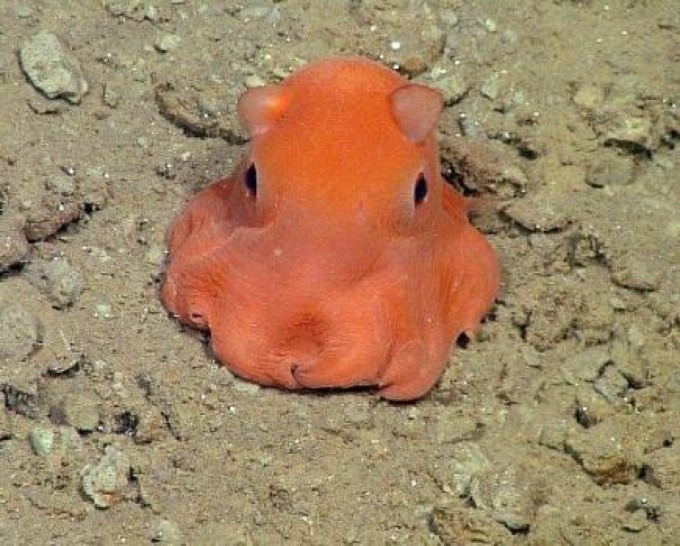 Bush states that despite being a scientist she herself can’t help admiring the unique and wonderful appearance of the cutie whose size is about the size of a human amitt. 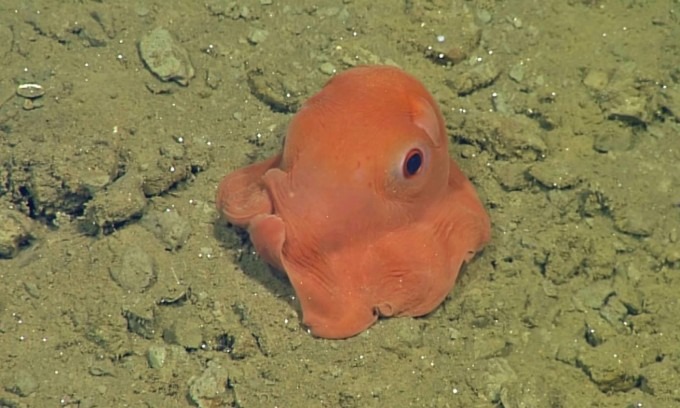 Many people resembled the little octopus to the cartoon character “Pearl” in the famous film “Finding Nemo.”

The bodies of the octopus of this species are gelatine-like and measure approximately 7 inches in diameter who spend most of their time sitting on the deepest parts of the sea.