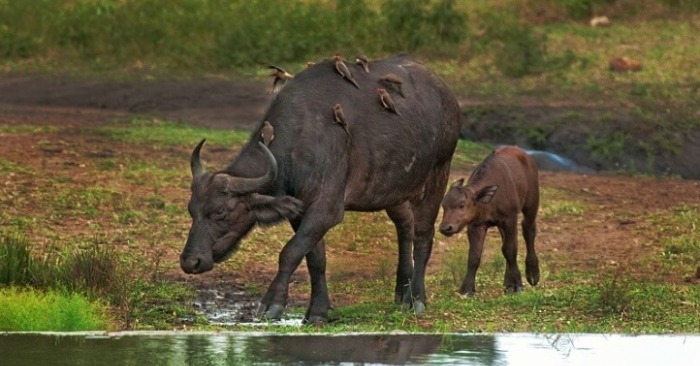 Sometimes creatures of various species are able to create normally cozy contacts that can make us greedy.

The ordinary world shines with creatures and the wonders of their development. 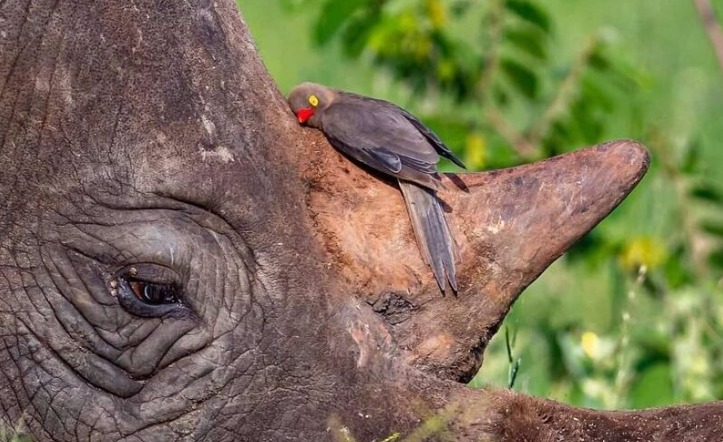 Regardless of the fact that these creatures win our love with their elegant looks as well as wonderful features, they embarrass us with the companionship that they sometimes show to each other as well.

Like us, feral creatures have emotions as well as feelings. From time to time, creatures of various species are able to create normally cozy contacts that can make us greedy.

Not so long ago, an assistant, as well as an artist named Zahir Ali, was on safari when he spotted a cute scene that made him grab a camera and take a picture.

The rhinoceros was surrounded by small companions, many bull bellies in the South African thickets. 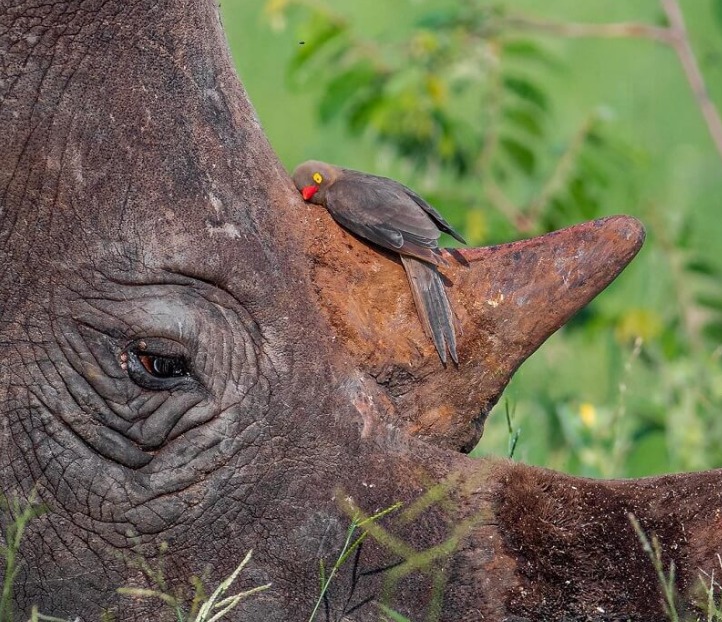 This is surely not an uncommon species for the sub-Saharan African savanna, as the two species live in some sort of beneficial interaction.

Nevertheless, the best thing occurred when Ali noticed that the enormous rhinoceros and his tiny companion share an exceptionally tender moment.

As you can see in the shot, the red stuffed oxpeckers sat softly on the horn of the rhinoceros and hugged his unexpected companion tightly. 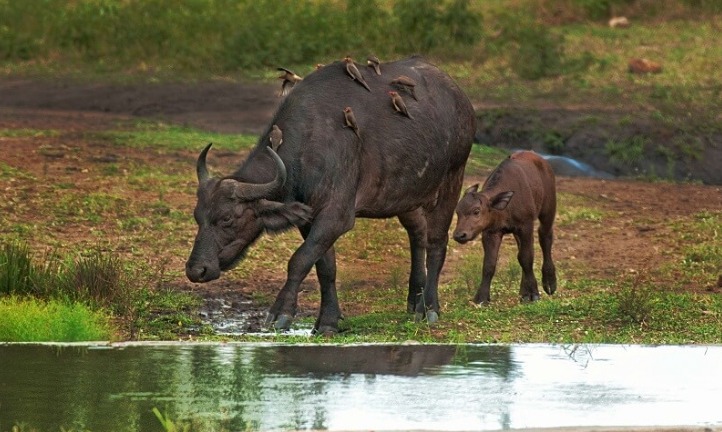 Obviously, everyone agrees that this is one of the most wonderful sights Mother Nature has to offer. The two companions are just demonstrating to the world that love and intimacy know no bounds.

“I have never witnessed that before,” Ali wrote on the Zali Safari blog.

“I grabbed the camera and, just at the proper moment, grabbed it tightly and took the exertion as the bird lay on the horn of the rhinoceros.”

In general, the oxpeckers and the rhinoceros have cooperative contact. The little bird eats mites and parasites from the nostrils and various parts of the body, while the rhinoceros receives free poison.

In Swahili, these birds are called “Ascari er kifaru”, which means “guardian of the rhinos”.

These birds also share this mutually useful relationship with various creatures of the African savanna such as the zebra, buffalo, or wildebeest.