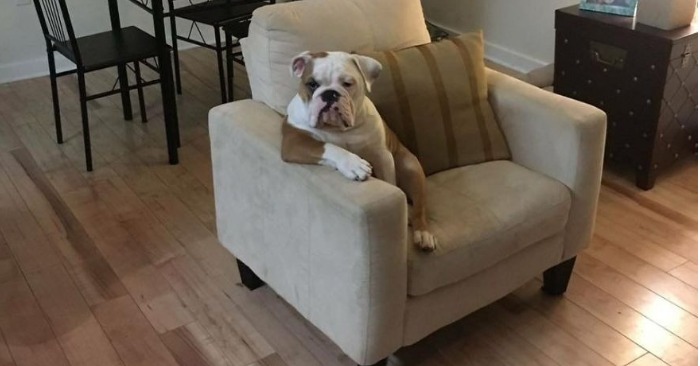 What an amazing habit!

Meet Walter, a one year old cute pit bull, who enjoys running, playing and having fun like other dogs, but the cutie has a funny habit, that made him quite famous on social media. He likes to sit in his favourite armchair like people, and look at his owner. 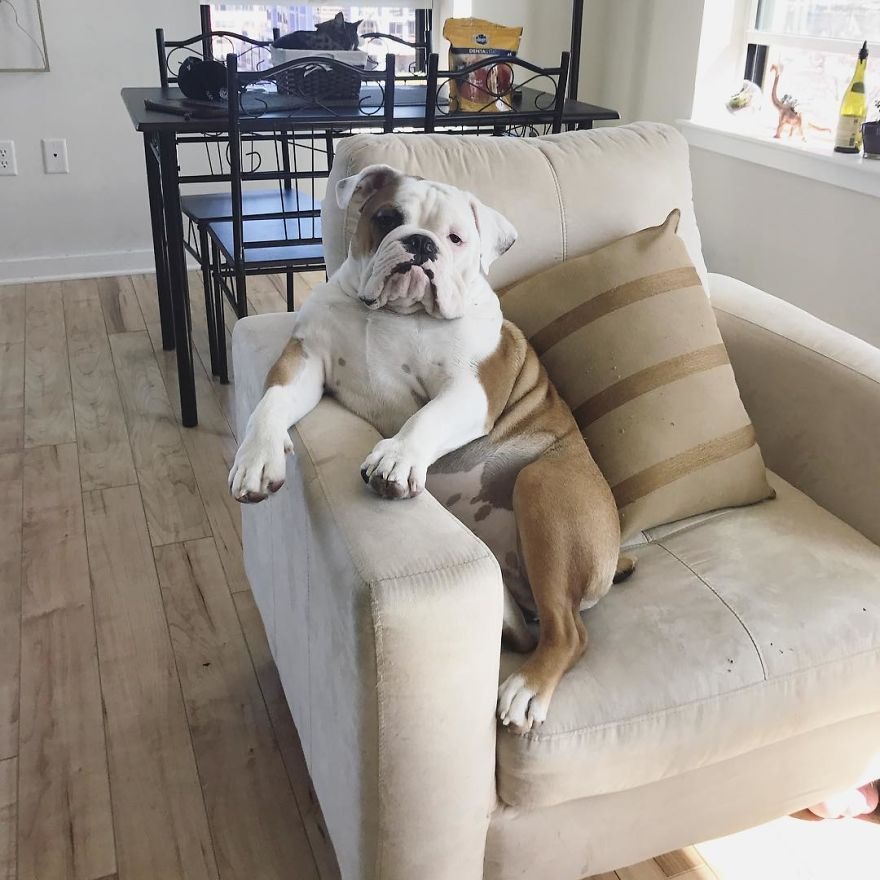 This started when his mother refused to give him food. The woman always shared her food with Walter, no matter they were at home or somewhere else. But once she noticed that the doggy made others angry when he was sitting next to them and looking at them when they were eating, he was begging food. His owner realised that it’s so unpleasant and refused to give him food. This made Walter angry and he got so upset. He sat in the sofa and looked at his human with dissatisfied eyes. 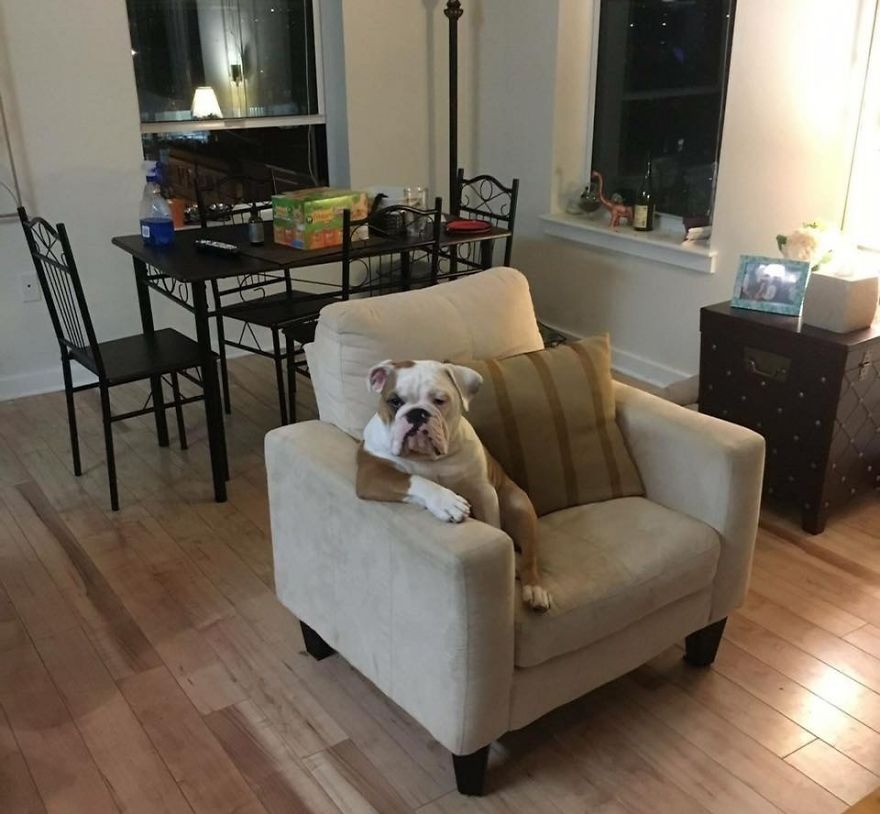 So it became a habit for Walter, but now he doesn’t sit there as a form of protest, he enjoys sitting there and having a rest.

His owner always follows him on camera when she is not at home. Most of the day, Walter sits there and watches TV. 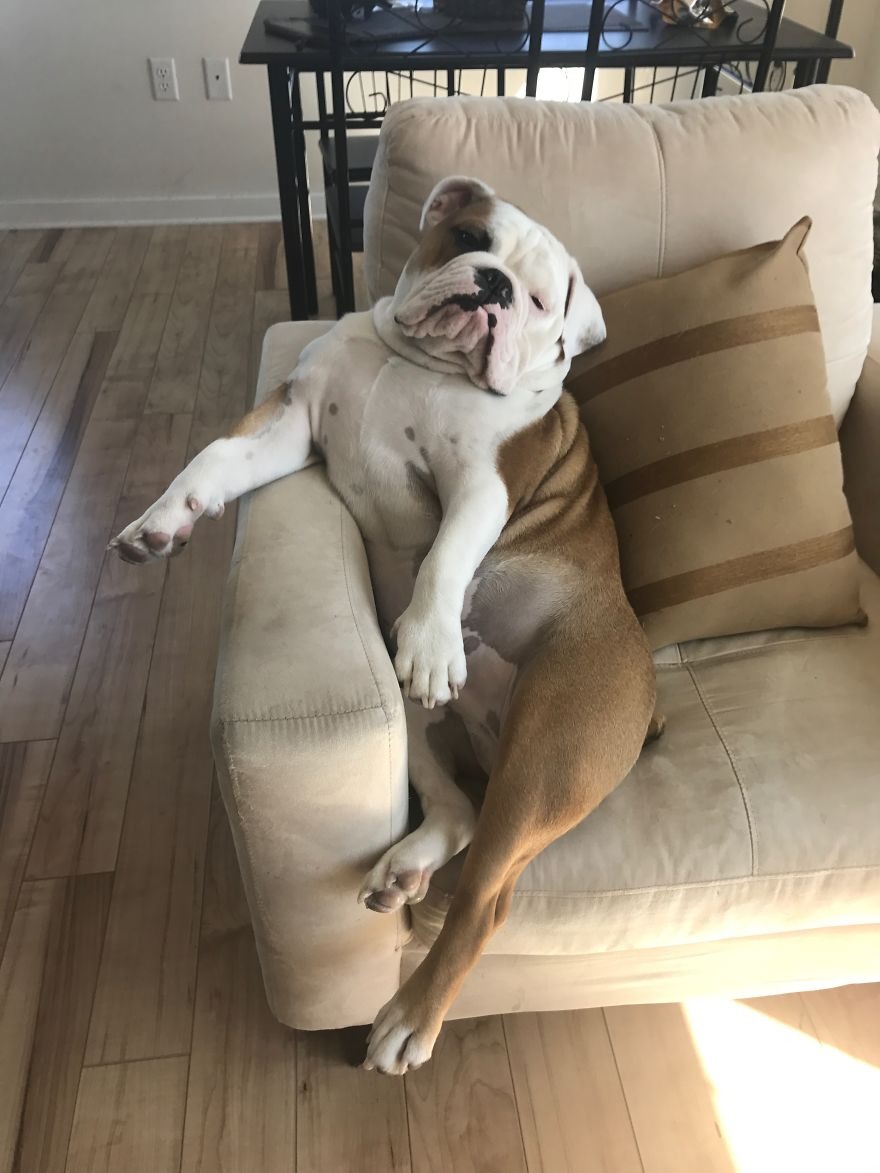