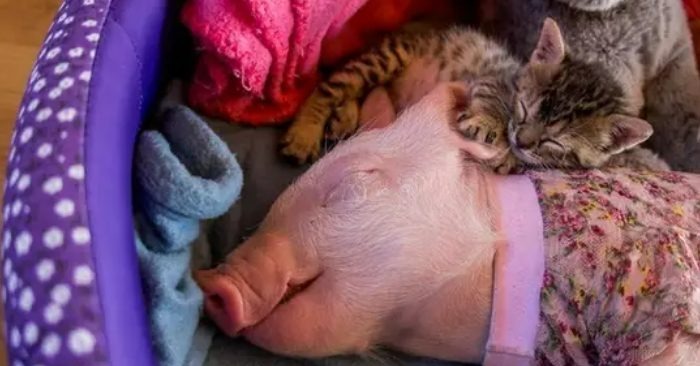 Have you ever seen these sweet animals? They are the cat named Maria and the pig named Lara. They were both rescued by animal rights activists in Chile and taken to the animal sanctuary. 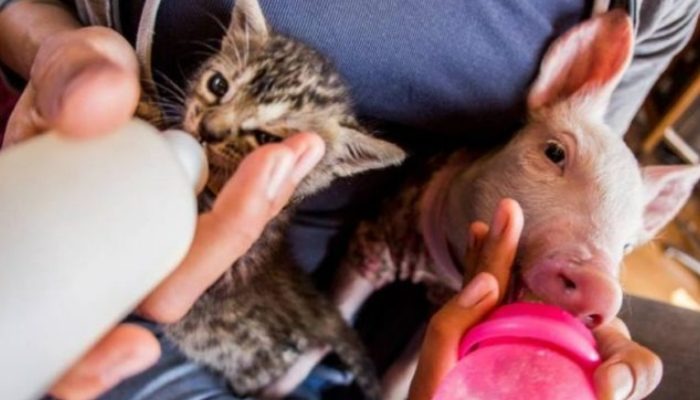 These babies received poor care and attention, but now these amazing duo is inseparably connected. Maria was discovered and rescued by a kind man when she was a newborn. 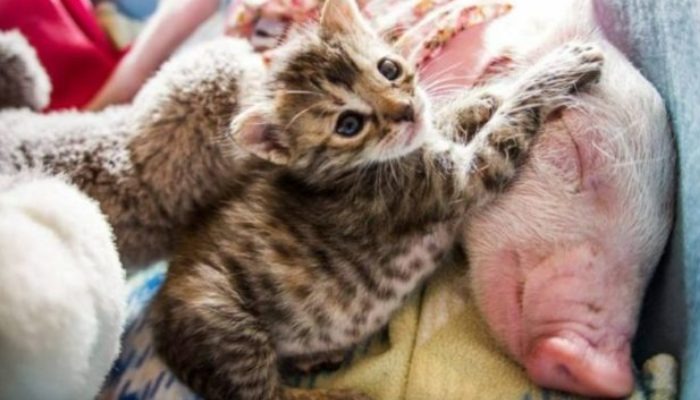 Lara on the other side experienced a similar outcome. Despite being born in an awful environment she was rescued and given shelter. 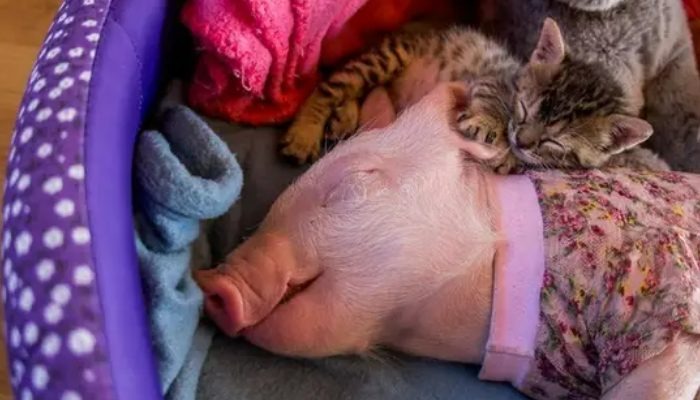 And when they met one another in the shelter they immediately became inseparable.

There are many animals, who suffer every day because of someone else’s actions and we want to thank those individuals, who accomplish such an important mission as rescuing our beloved canine friends and hope, that their example will stimulate others as well. 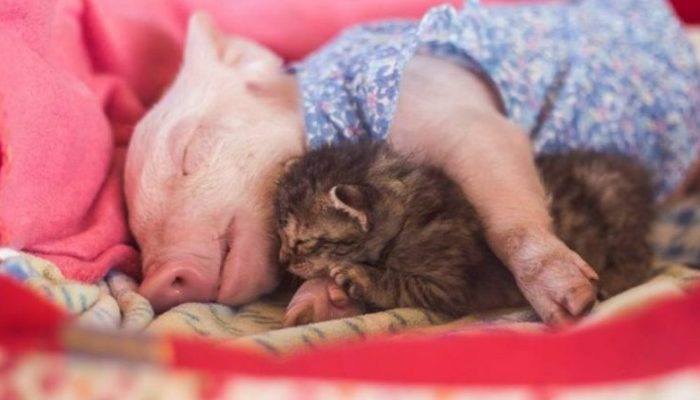 What an amazing story! We hope, that every story has a happy ending as this one does.