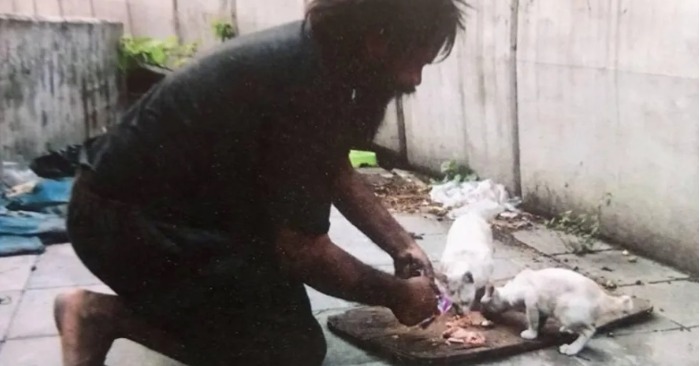 A man named Loong Dum is a well known man living in Thailand with no forever home.Although he is also homeless, Loong spends most of his time looking after his lovely homeless cats, that are also suffering on Thailand’s streets.

The street cats are the most important things for the kind man and he would do everything in order his beloved animals wouldn’t be hungry. 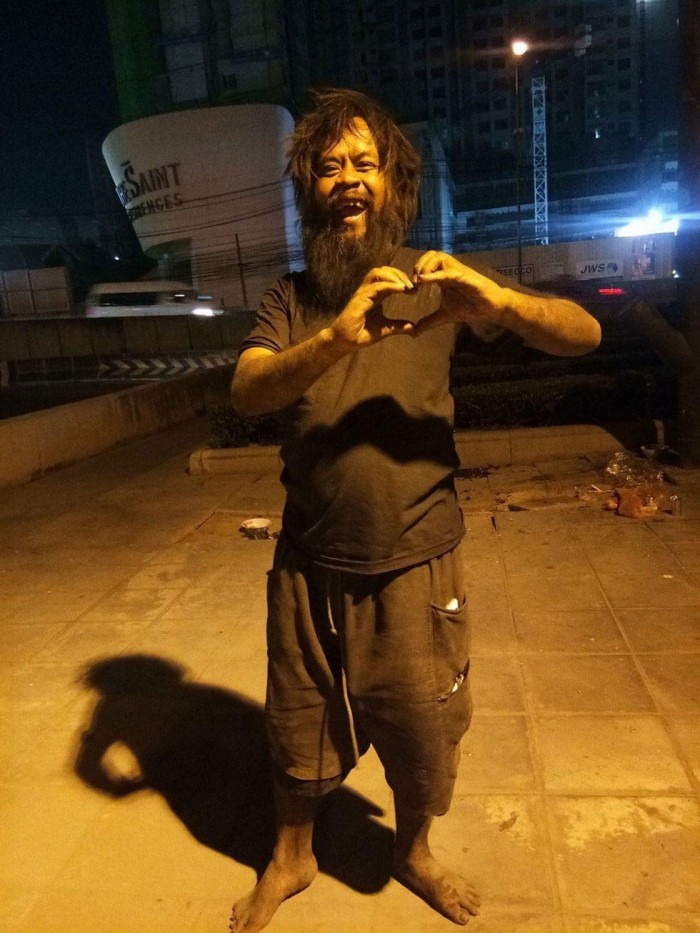 Recently a woman named Warunya Wattanasupachoke noticed Loong when he was selling limes at the market. She understood he was homeless, because he was very dirty, but the reason of his deed amazed her.

Warunya saw the mark, that with all the money collected for the limes he will buy food for the homeless cats. She was amazed by the man’s generosity and considered to buy all his limes. 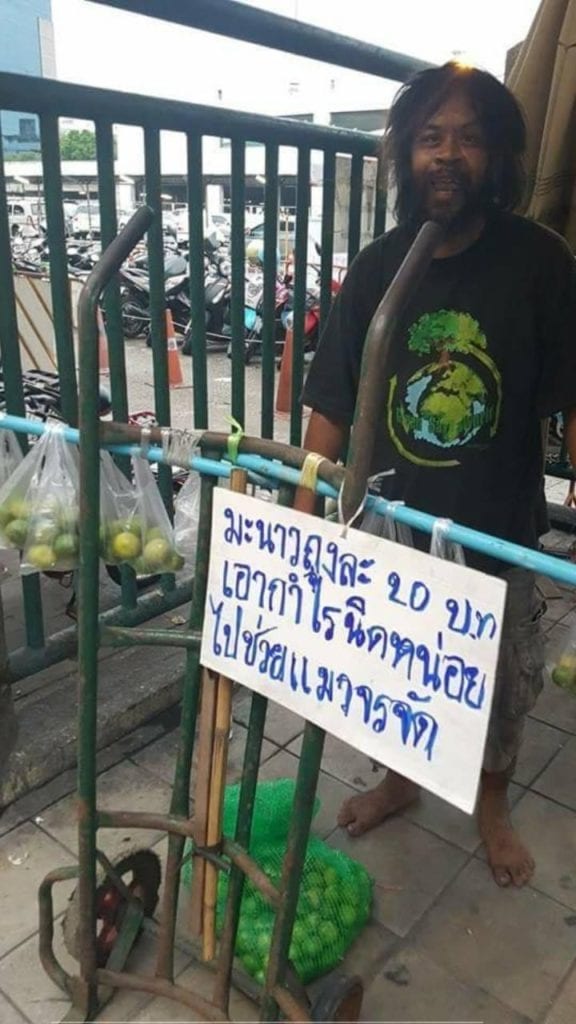 Warunya appreciated Loong Dum’s generosity. She couldn’t believe someone being in his condition would be so much worried about others. She understood that her help would only be temporary and that she wanted to do more for them, so she posted Loong Dum’s narrative on Facebook to make people know about his situation. 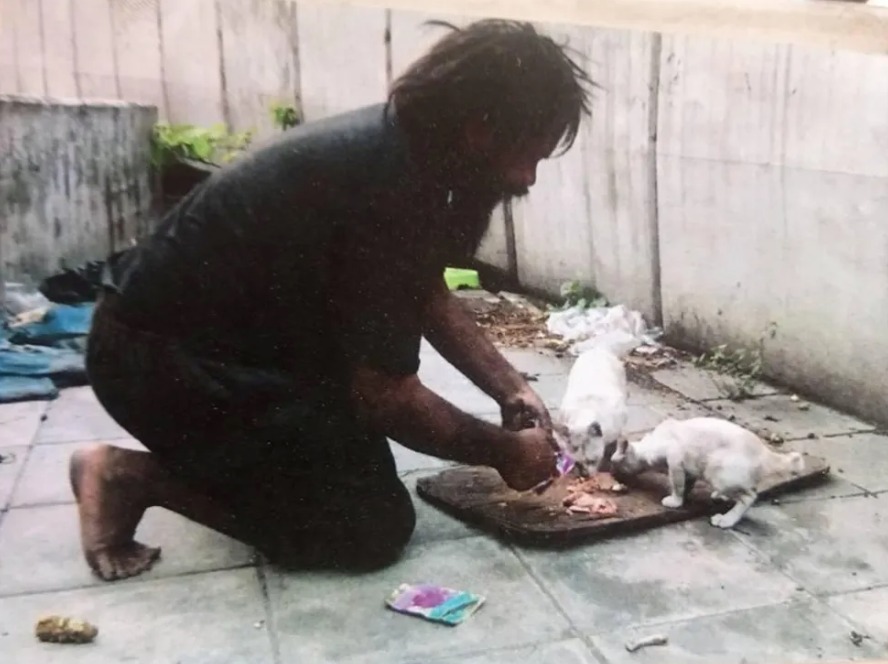 The kind woman considered, that by giving her hand Loong Dum will be able to continue his good job and also regain his bases.

Warunya thinks, that people shouldn’t judge a book by its cover. Although Loong Dum has a very dirty appearance, his heart is very big and that’s all that matters. She hopes, that many people will see the good in Loong Dum and help him in finishing his sweet mission. 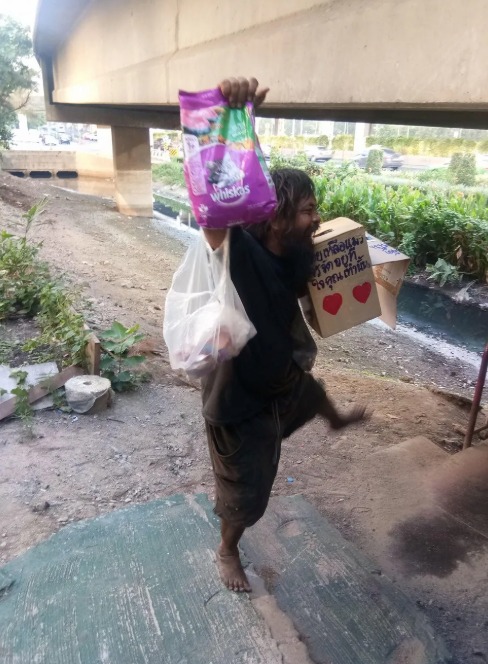 Her post became very popular and many people wanted to help the man.

Kind people gave food, money, new clothes and also a fresh haircut to Loong Dum to assist him carry on his mission. This just demonstrates, that if we use the Internet in the right way it may help us uplift understanding and change our world . 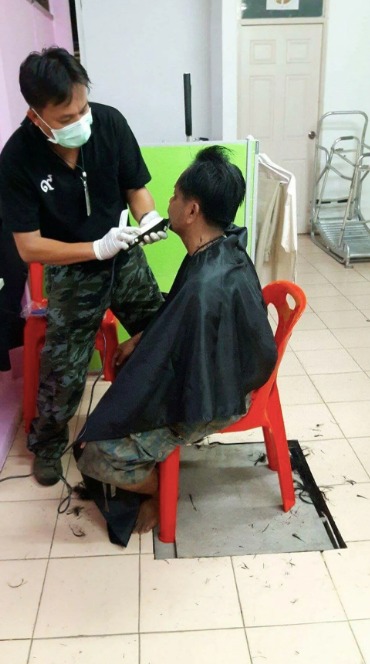 We hope, that the gifts will help him care for both his kitties and himself. 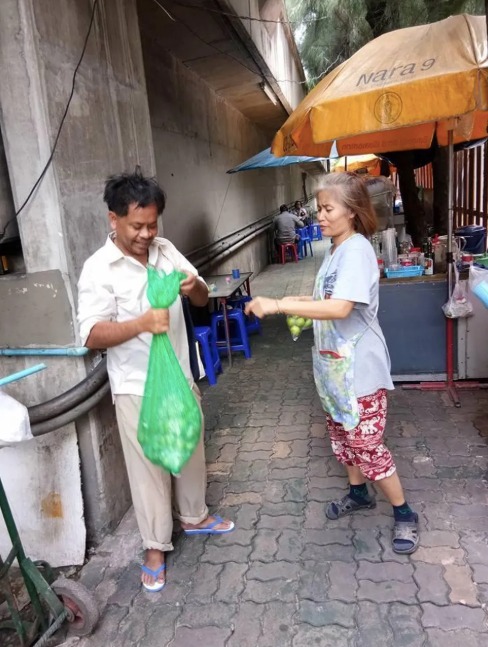