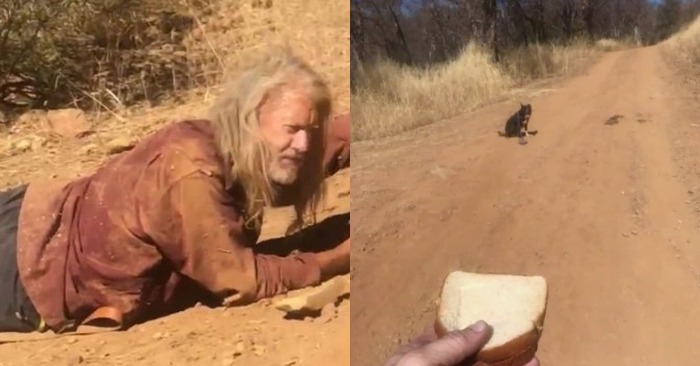 Walking along the route, he detected an elderly man who had fallen to the ground and was damaged by a mound of earth.

The tractor driver who came to the rescue thought it was a lost dog, but instead rescued the dog’s master. 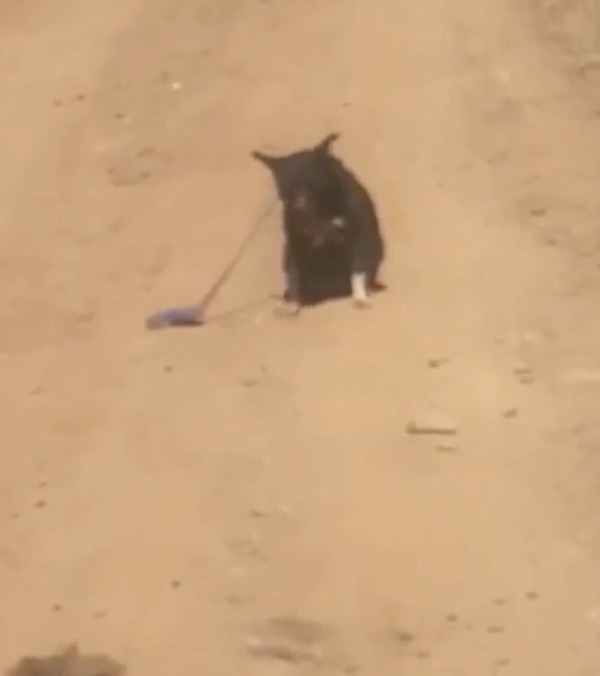 Martin Hall Jr. was driving in a remote location close to Cultureville, California when he detected a dog in the middle of the path blocking his route. They tied the dog and sat in the hot sun.

He attempted to lure the dog with his sandwich and water, but the dog denied moving.

Hall recorded what was occurring, he himself speaks on the clip. “That’s not going to occur to me. I’m trying to get close, [but] he just wants to escape. 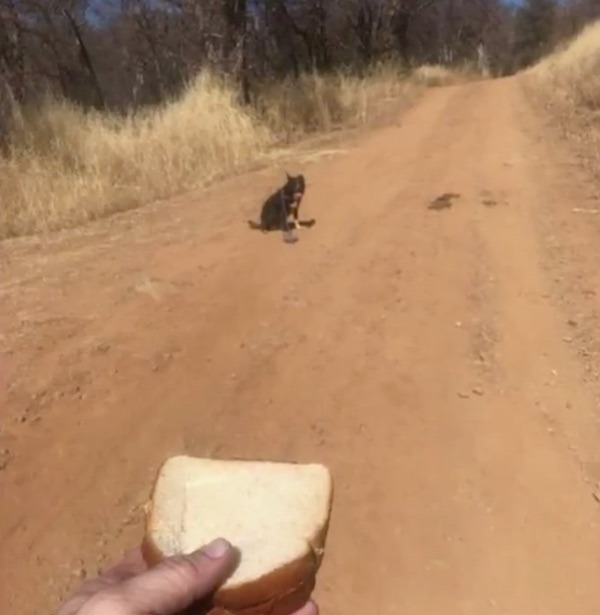 “I wish I didn’t like that dog, sometimes I like dogs,” Hall carries on. Looking back, I spotted a flashlight on the path, a trail on the side of the route.

Since the dog refused to warm up to him, he made a decision to come to the rescue. “I will go ahead I will leave him this water. I am hopeful he drinks when I’m gone. 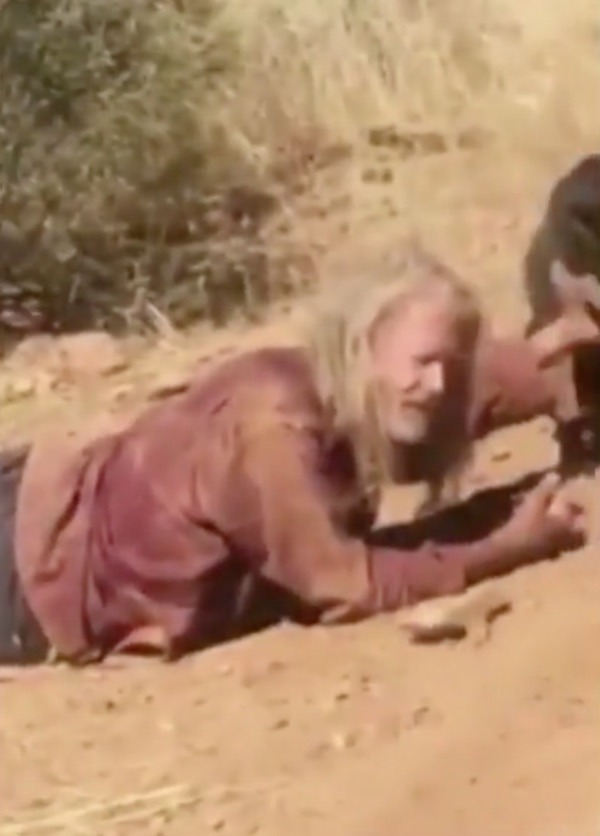 He was about to leave when he heard a scream in the distance. Wait, I hear something! He then turned off the engine of his van.

– Well, are you alright? Walking along the route, he detected an elderly man who had fallen to the ground and was damaged by a mound of earth.

As mentioned by Holly, the man lay for approximately 8 hours, having injured himself after going out for a walk early in the morning.

The man had another dog named Chico, who defended him while another dog went to get assistance.

When Hall realized Chico was keeping the injured man away, he went to Paul’s wife, who lived approximately a mile away, Hall reported to WRAL-TV. From there they called for assistance, and the dogs and the man were rescued.

If Hall doesn’t take into account what he did to rescue, I don’t think the pups and the old man he assisted won’t argue.