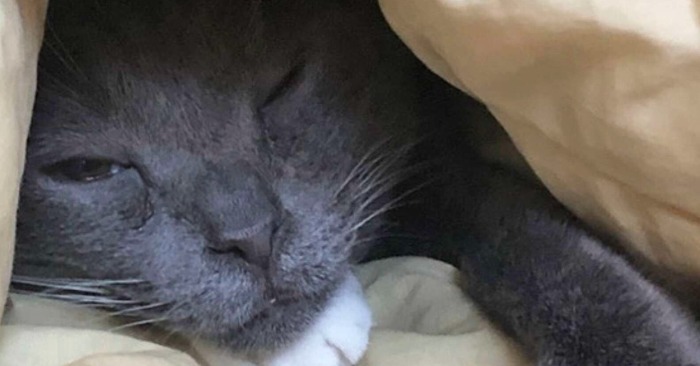 A curious cat, that gets jealous of other cats

Making realistic little worlds is one of Marlyn Brown’s beloved pastimes. She’s very talented and she likes all her works. She only decided to make an unusual new project, a small cat cafe.

“Besides loving cats, I would like to have a cat refuge one day.” told Brown. 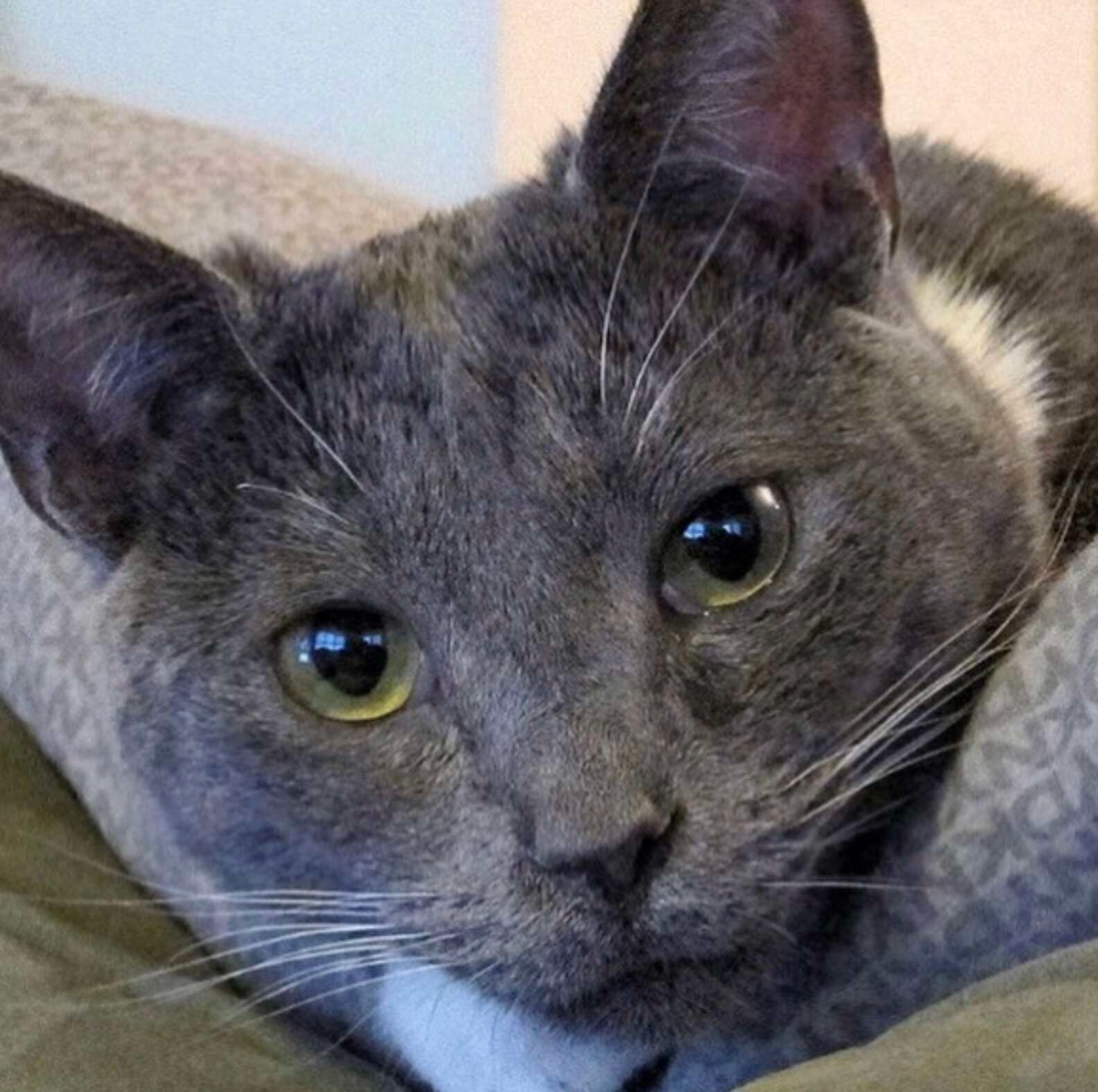 “She watches me create or just falls asleep next to me when I’m crafting. I have dropped a few miniatures on the floor and she just finds it for me. She’s a very sweet girl.” 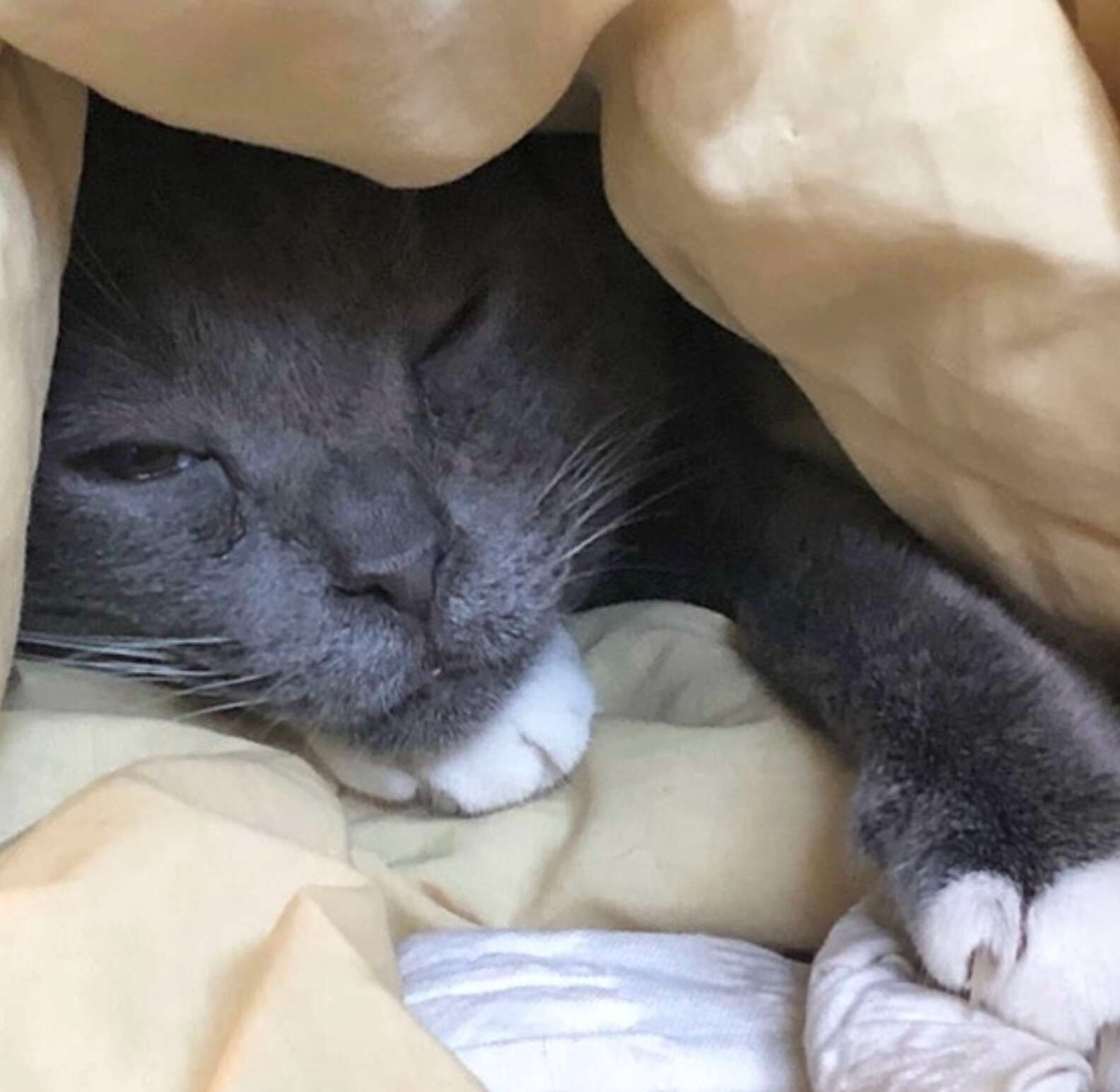 Usually Mei-C only watches each creation from afar, but this time she was jealous seeing little cats inside it. 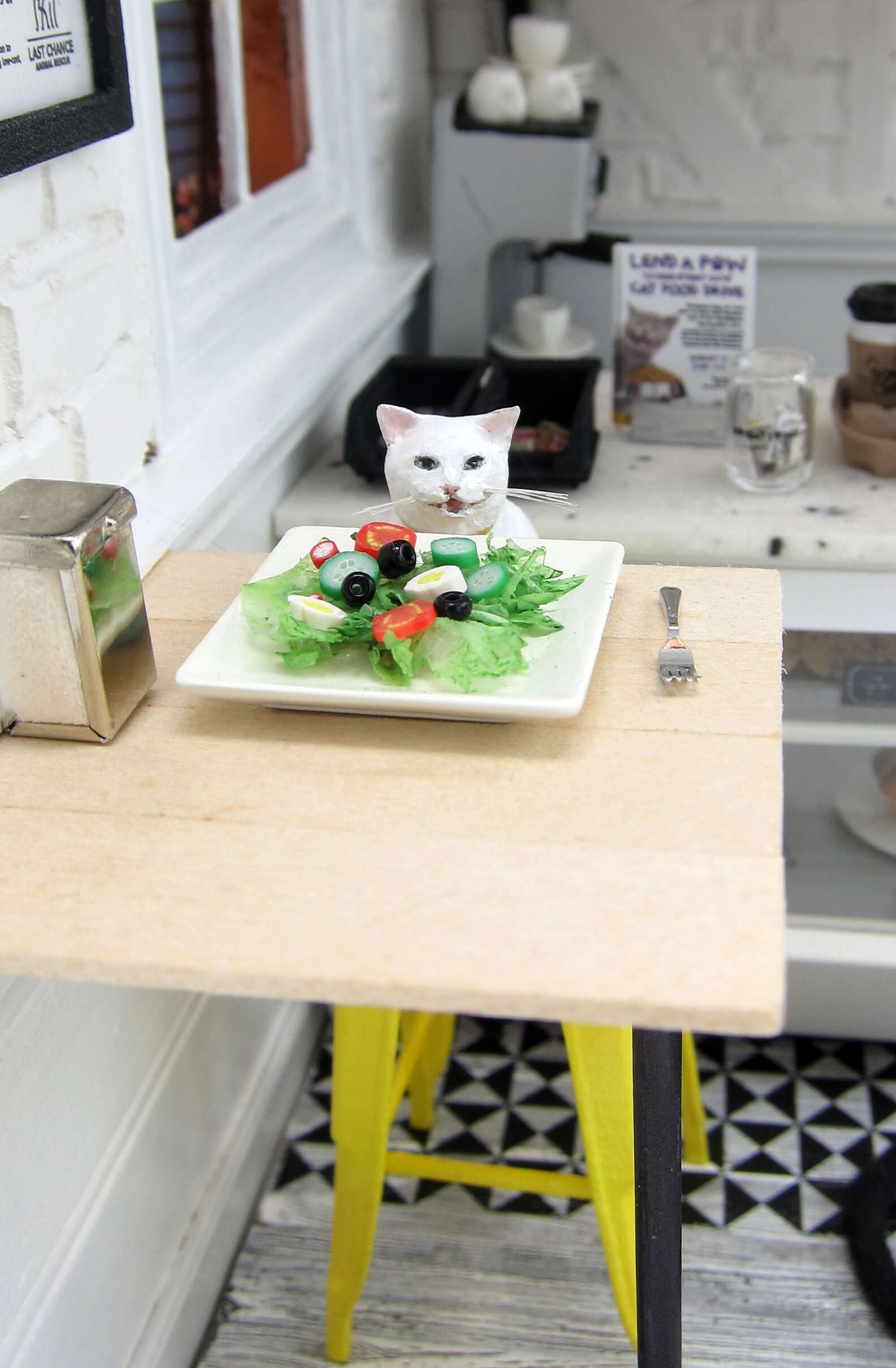 Brown was overjoyed with the cat cafe, which took her three weeks to create. There are five cats inside the cafe. 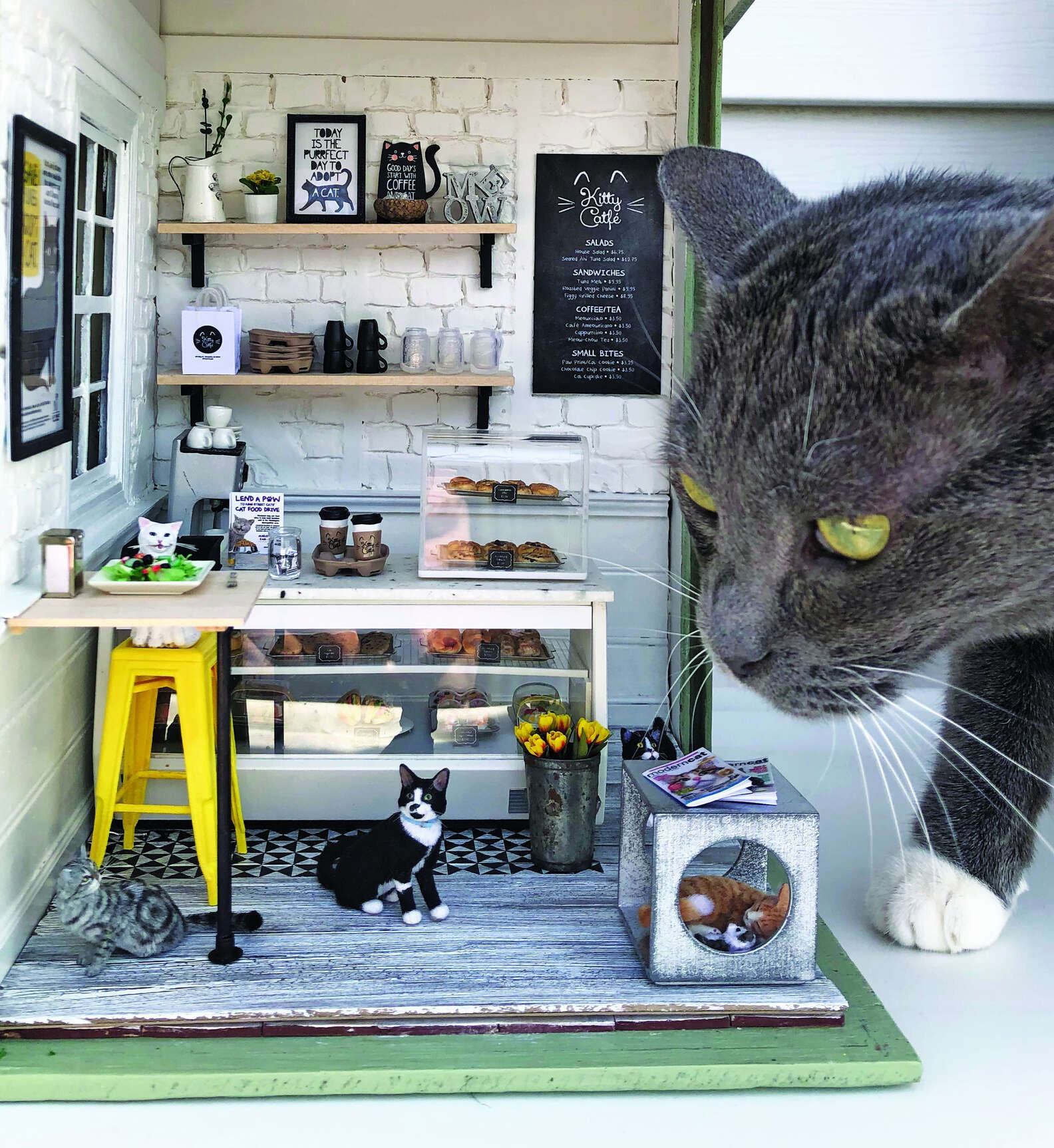 And Mei-C was just wanted to play with them. 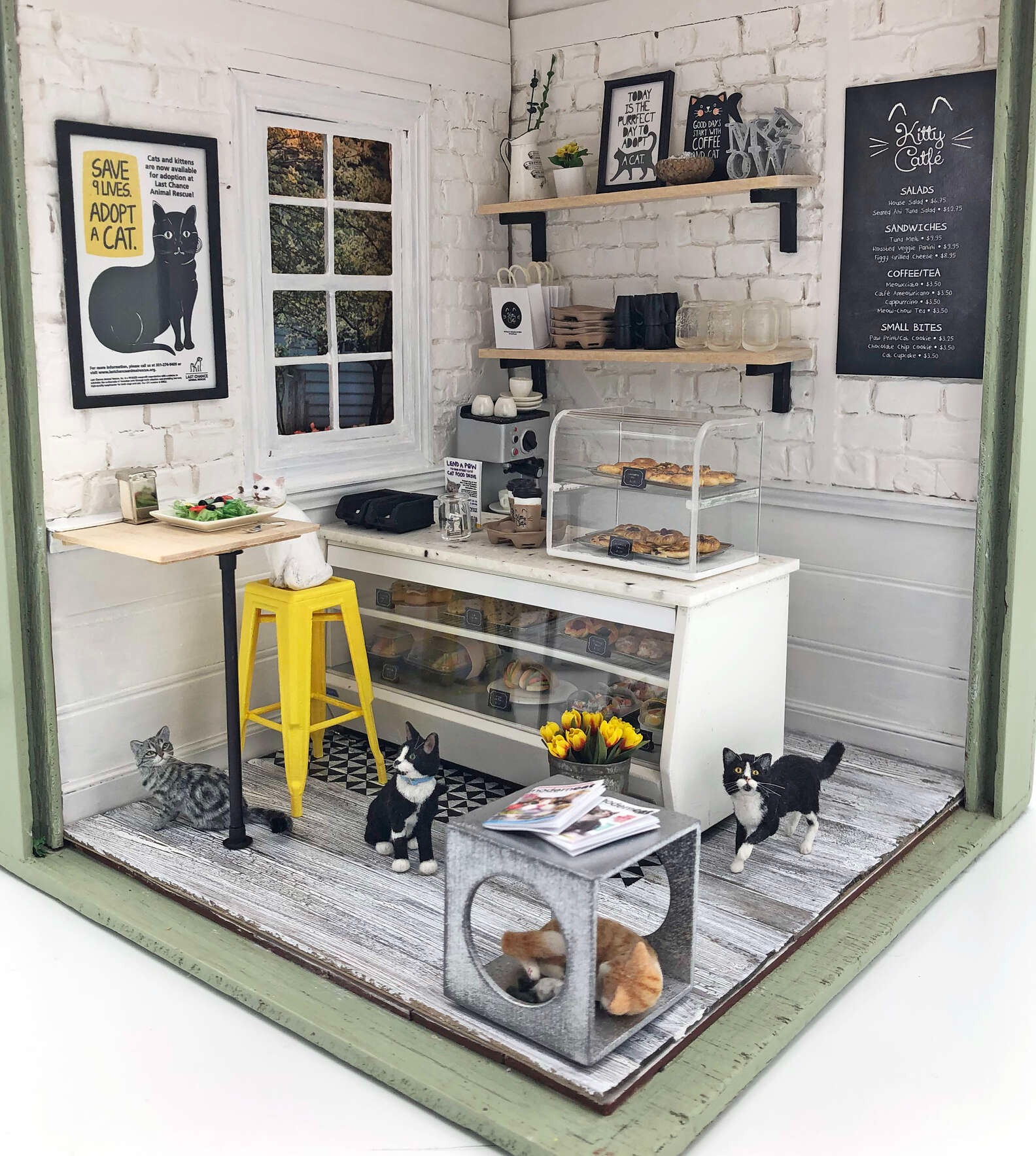 Brown told she was “extraordinarily curious.” “She could just eat some of the cats if I had left her with them. She adores playing with cuddly animals and stuffing toys. I think, that if there weren’t small cats she would just look at it.”

Mei-C liked, but was also a little jealous, that her mom had added cats in her new mini world. Happily her mother has a cover for the cafe, so the little cats are safe. Mei-C could steal them all to play with.