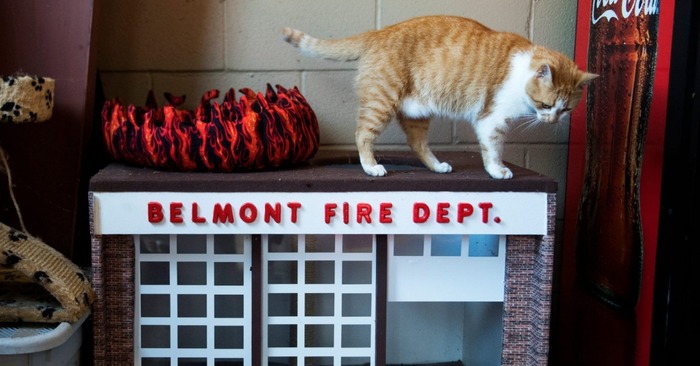 The new member of the fire department

The little orange and white kitten was found by the fire department. It was very small and hungry and couldn’t get her vaccines. The firefighters returned back to the station and started to take care of the kitten. The kitten ate a little fried chicken and had a lot of attention from the firefighters. The kitten started to grow and proved, that he is a real fighter.

The fire chief Anthony Segars said he came into the fire station one day and saw a little kitten there. He wasn’t used to seeing a homeless cat for such a long period of time, as they only come here for a few daysbefore leaving. And after some days he saw the small kitten sleeping there and asked: “Why is the cat there?”

The workers told the chief, that he now lives there. Flame stayed there and he isn’t just the boys’ friend, but also some kind of rehabilitation for them.

Segars told, that their job has very much sad situations. And if they had a bad day, Flame is always there to jump onto their laps and say: “It’sokay, I’m here for you.” 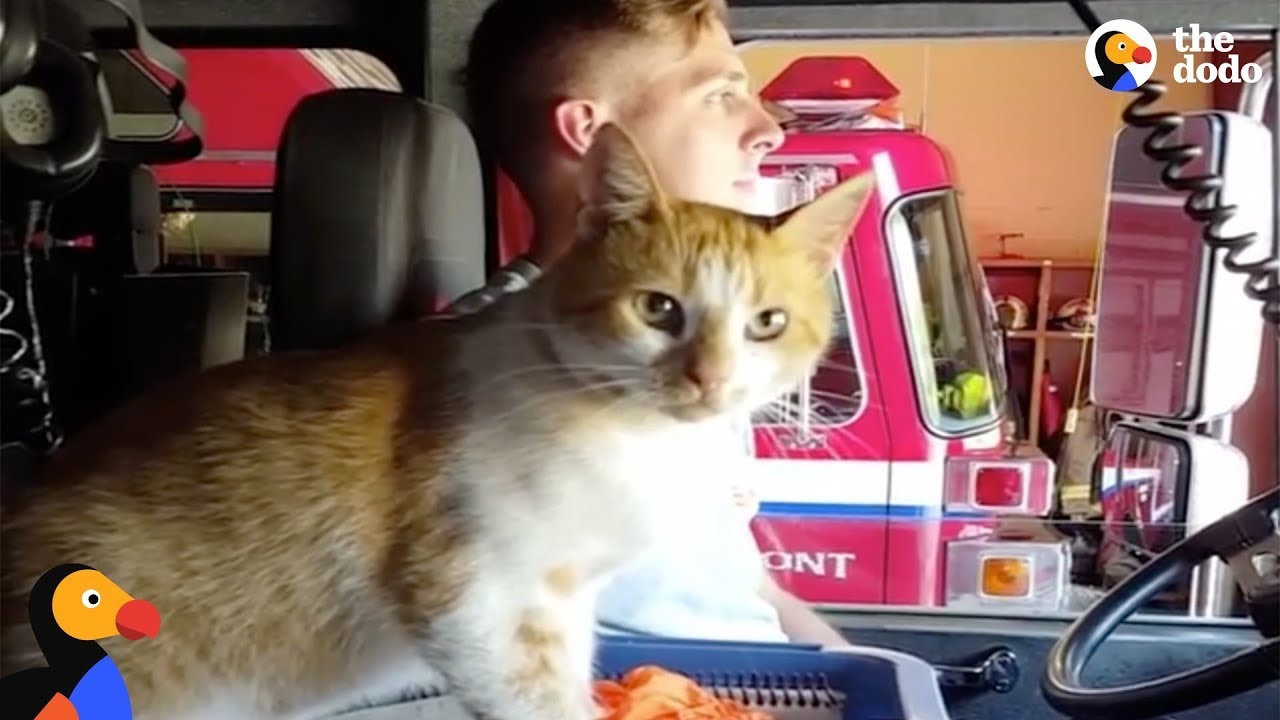 And such a behavior made them invite the cat to join their cast. 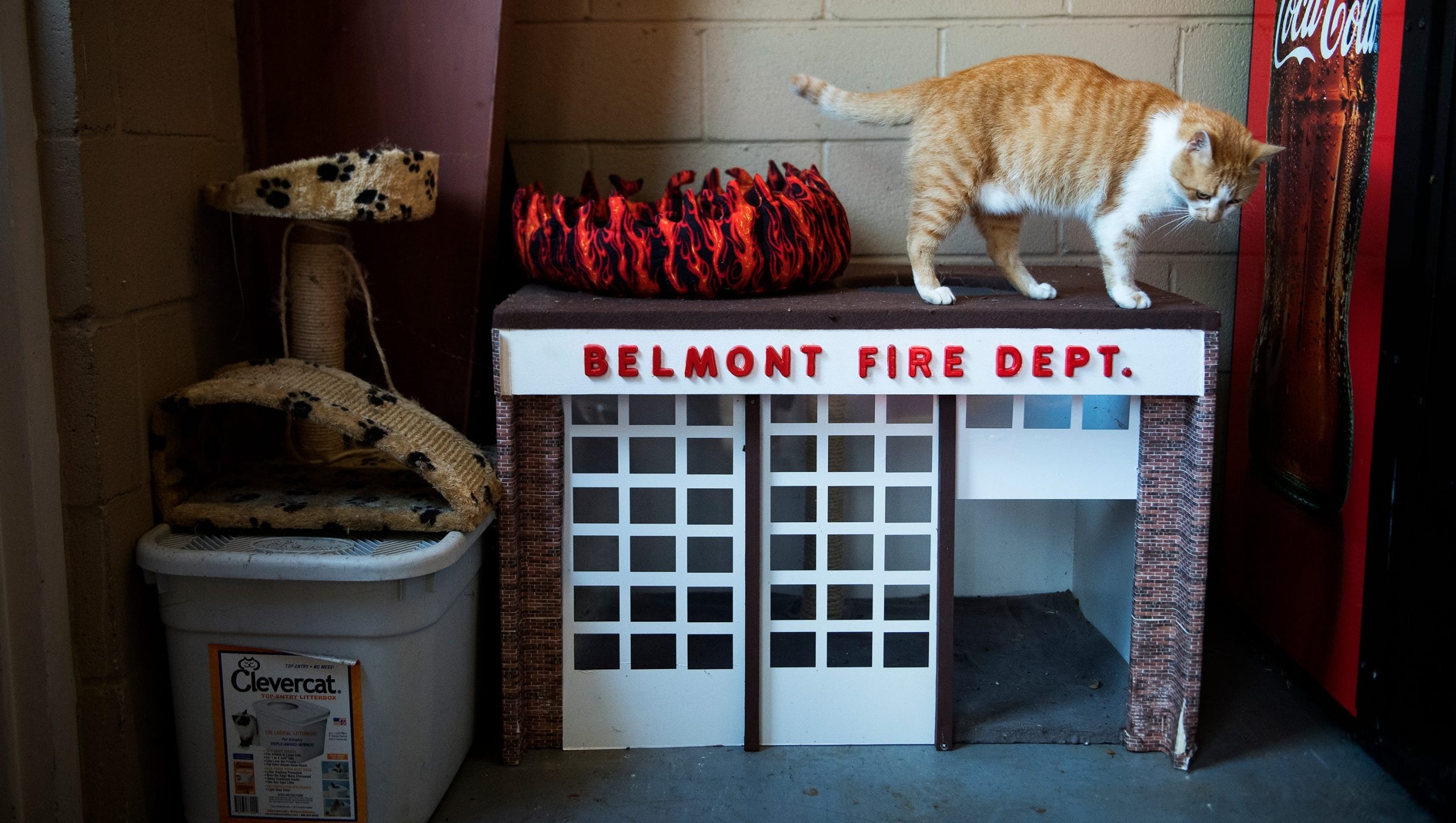 “All of us know, that just stroking an animal lowers our blood pressure and pulse rate. And it was clear, that no one needs such friendship more than a building full of firemen.”

Flame really loves the workers of the fire department. And it’s simply amazing to witness such a lot of strong men flocking near a little cat and also their heart melted when he came. Men are known to be dog lovers, but the story proves, that they can be also called as cat lovers.

And when people knew about the cat living in the fire station, they started donation things to the firehouse to help with Flame’s care. They brought meals, collars, bow ties and other things. And even at Christmas he received many more gifts, than the firemen.

When the alarm rings, he understands, that it’s time for actions. And when the men came back to the station he is waiting for them at the entrance.

When the firemen are having a bed day they know they can pick up Flame and hug him, which make them both feel better. Their relationships are really amazing, as if the cat knows when the men want his services.