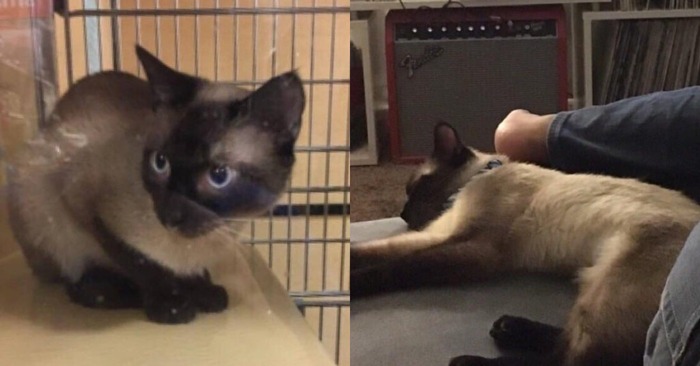 When a sweet Siamese mixed cat was taken to Petsmart’s adoption centre, she thought she had finally found her permanent home. And there she noticed a young man working there.

The young man used to swing by and say hello to the kittens and that’s when the sweet shelter cat went to him in the hope of being recognized. Every time he walked by, she would touch the glass telling: “Pick me, pick me.” 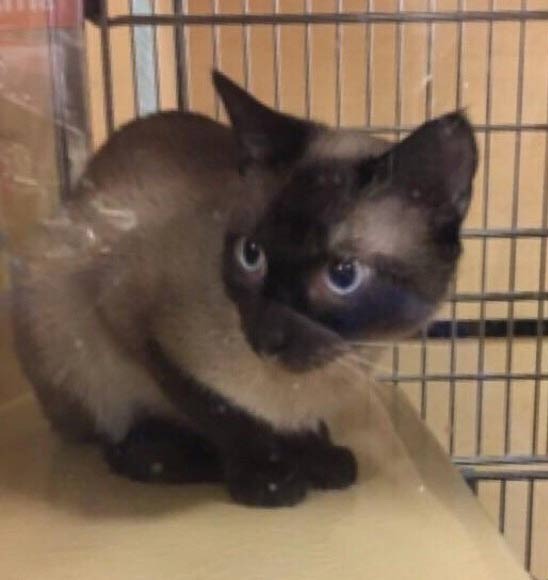 The persistent cat wanted to persuade the young man to adopt her and the young man took a chance and brought his girlfriend to meet her. She perfectly knew what to do when they decided to open the cage door. 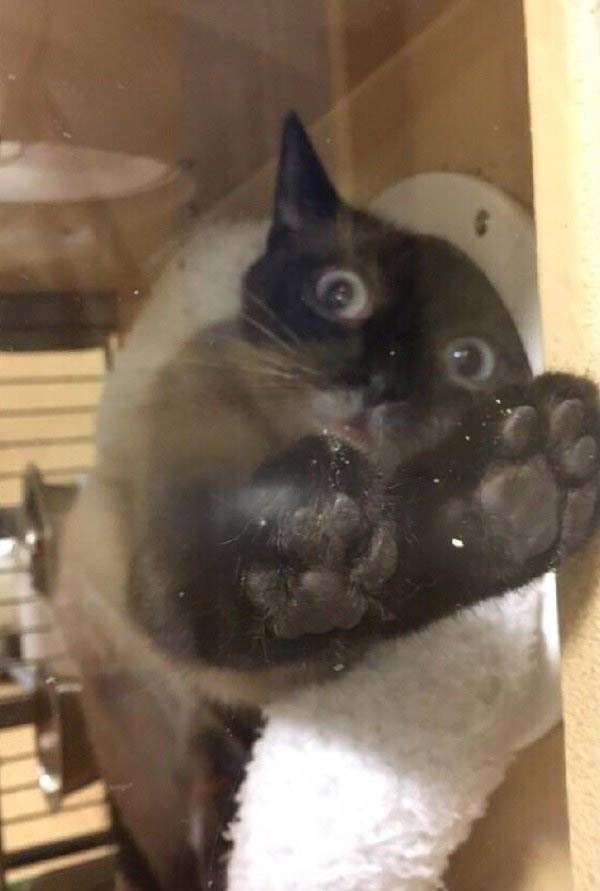 The girlfriend told: “We immediately understood she was the one, as she jumped into my boyfriend’s arms and started to purr.”

The couple visited her daily as they were waiting for their adoption paperworks to be done, and as they thought they had made the right choice they started to feel attached to her. 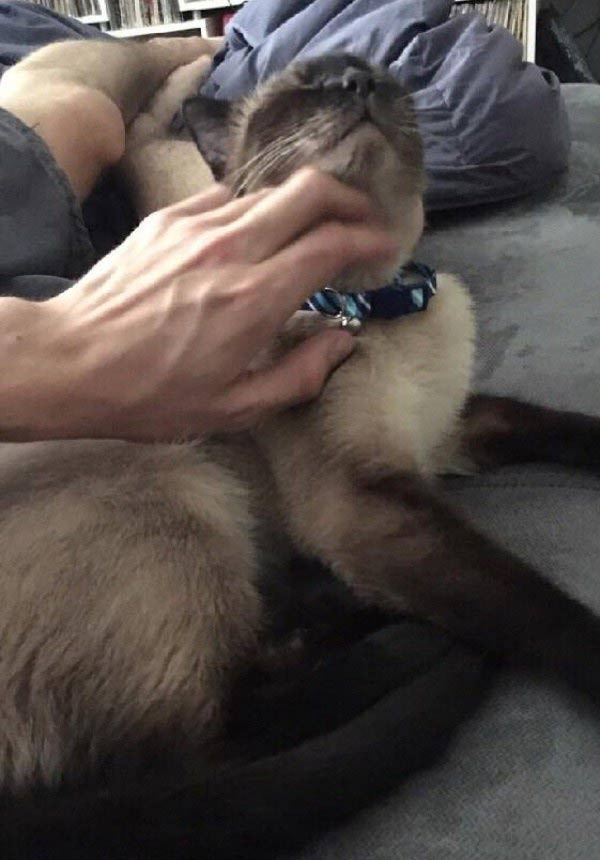 “She felt herself at home in our house and she enjoys cuddling and exploring, she’s chatty with everyone.” 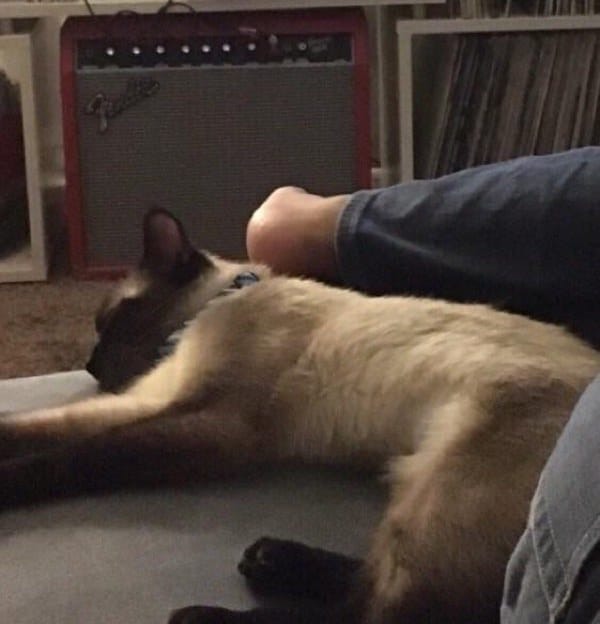 The shelter cat adored everything connected to her new life, especially her father, whom she chose from the first moment.