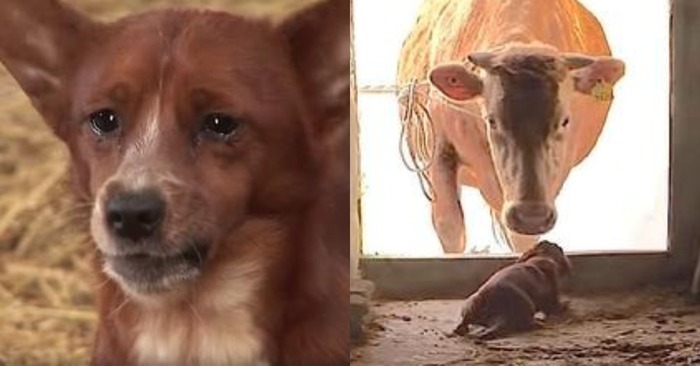 Luckily this story has a happy termination.

We have already seen a charming, incredible company of animals. 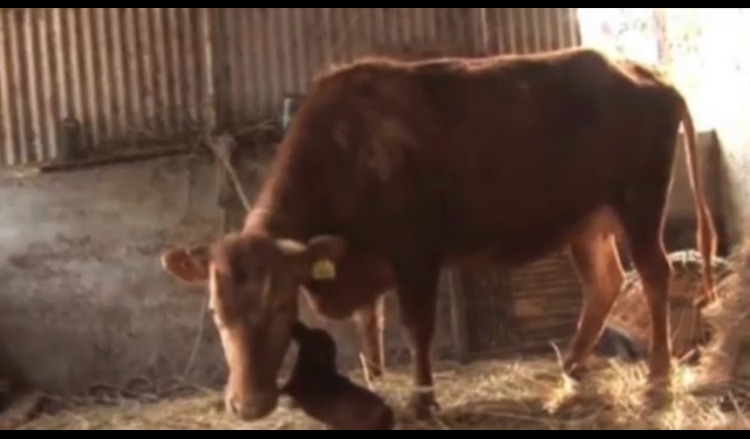 But the indivisible pair you are about to meet is one of the cutest, a brown mother cow, a tiny puppy she has raised as her own.

The newbie is an orphan puppy. Her mother passed away not so long ago after giving birth.

Happily, the kind cow raised the puppy herself.

For two years they lived, ate, played as well as slept next to each other in a farmhouse.

The newborn followed the cow everywhere, sleeping on her back, “hiding between her legs” at the time when she was frightened or in need of peace.

However, the rancher realized that it was not an easy matter to raise his two cows, resulting in financial losses. 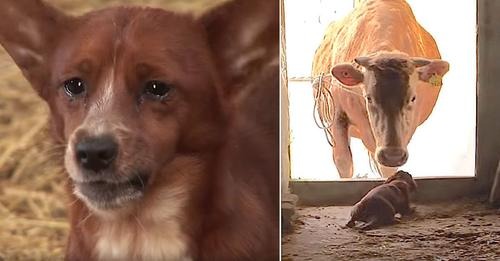 So, he made a decision to give the brown mother cow to a nearby rancher so he could look after her.

As you can see, Rookie couldn’t be more broken-hearted over the breakup.

She wept, wept, refused food, and yearned all day for her mother’s comeback.

At one point, Rookie even escaped from the ranch to follow her mother’s voice as she was moved from a new barn.

Finally, the rancher changed his mind and decided to keep the cow for a puppy who loved him.

Luckily this story has a happy termination.