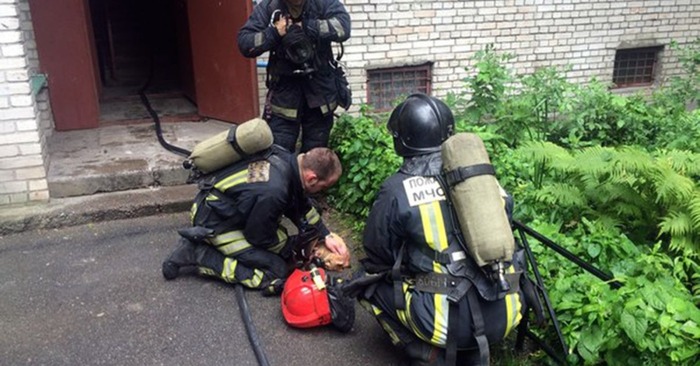 The hero firefighters, that saved a cat from the fire

In Russia an apartment burned down and firefighters trued to put out the fire. When the environment was in smoke, the firefighters were able to find a cat, that was trying to jump from the balcony.

They gave their oxygen masks to the cat and trued to bring it back to life! Soon the photos became popular on the Internet and the firefighters were called “Internet heroes.”

Many users commented: “It’s a very heart touching story.” “There must be more people, who wake care of the animals.”

Later the owner of the cat owner also wrote a comment on the post: “I want to thank the firefighters, you not only saved a cat, but also a family member.”

“ All my family is thankful, especially my little son, who adores the cat.”

“You are true heroes, who showed what humanity looks like. If there were many people lime you, life would be so much easier.”