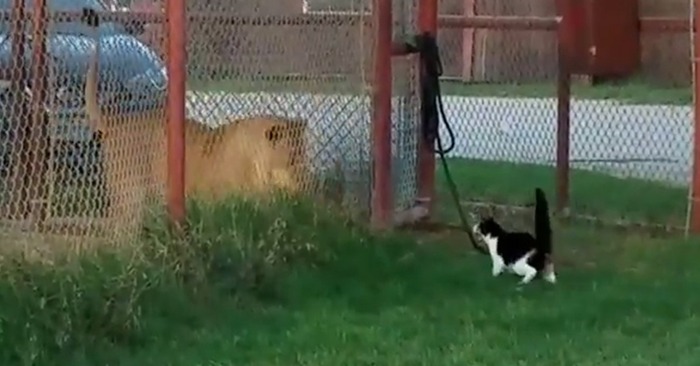 The director of a non-profit bug cat sanctuary Derek Krahn recently got speechless when his domestic kitty named Baggy challenged a lion called Noey. Although the two animals were separated by a fence, the kitten proved, that if you’re courageous size doesn’t matter.

The video became popular due to the owner’s reaction. He told: “Baggy, you’ll lose.” 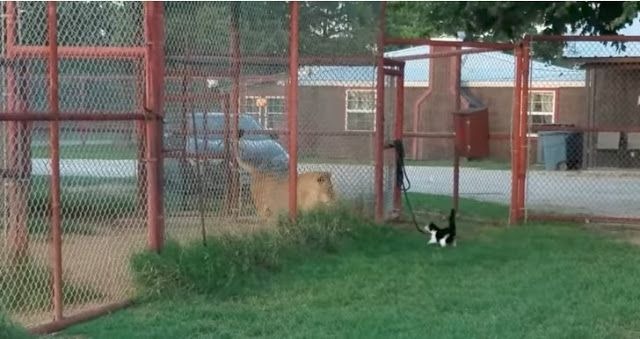 But Baggy didn’t listen to him, he just went there. So if you want to be a little courageous, than you should watch this video. And also the two animals have the DNA of a big cat, so why can’t a domesticated kitten have the heart pf a lion?

Don’t worry the fight between them is over. The owner wrote: “Baggy was always been some kind of tough, but I didn’t know he was such a crazy one. All is well now, they have returned to the speaking terms.”