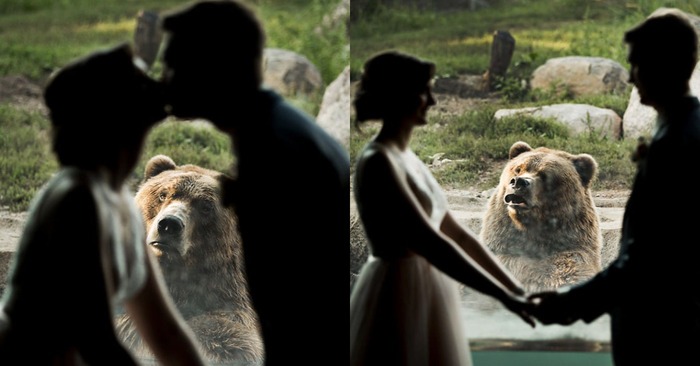 The couple decided to organise their wedding ceremony at the Minnesota Zoo and and got a lot of amazing photographs, including unbelievable ones with Russian grizzly bear. 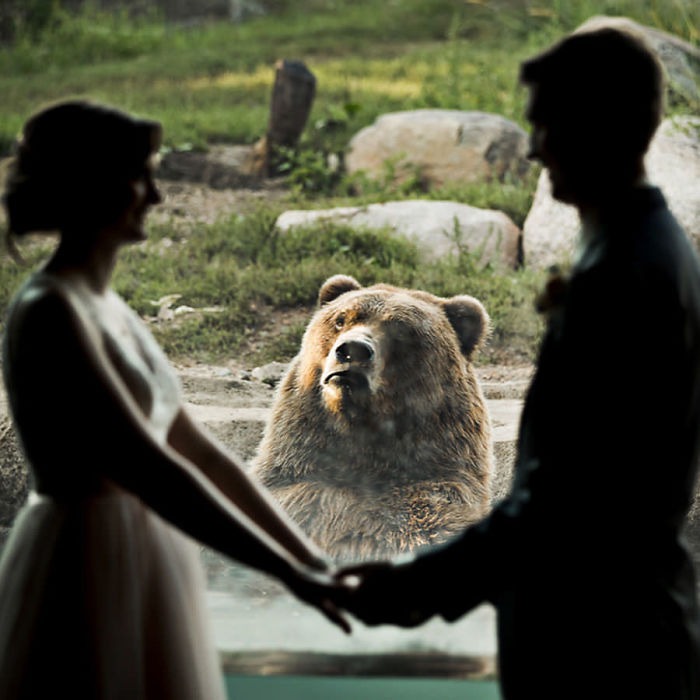 The wedding photos went viral because people adored the bear’s cute reaction, as the animal didn’t know how to react the situation happening in front of him. “The photos were the idea of a photographer. They said its a bug chance to have such a photo with one of the zoo animals. And the Russian grizzly bear was the only animal who wanted to be photographed with us.” told the groom. 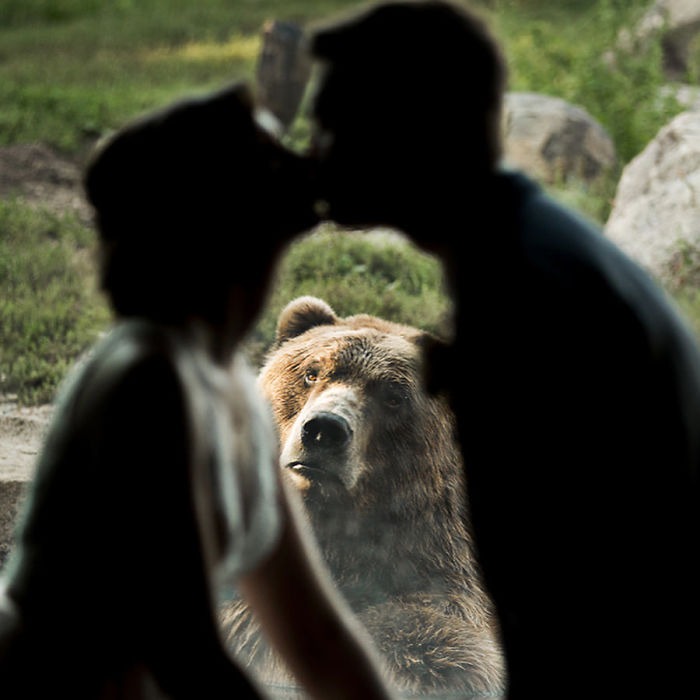 Maybe it will be a new idea of organising a wedding at a zoo? The groom understands people’s worried about the animal welfare at the zoo and makes sure, that Minnesota zoo satisfied his worries about it. “There are many zoo’s in the world, that are like prisons for animals, but I’m haply, that our chosen one is not like that, because it’s state-owned and not a Zoo for the sake of profit. And if I know they have many functions helping to preserve species approaching extinction”. 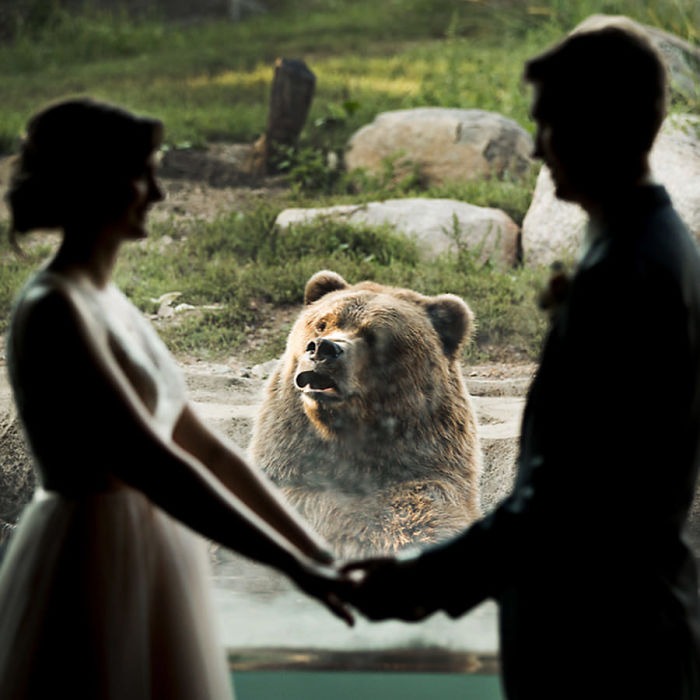