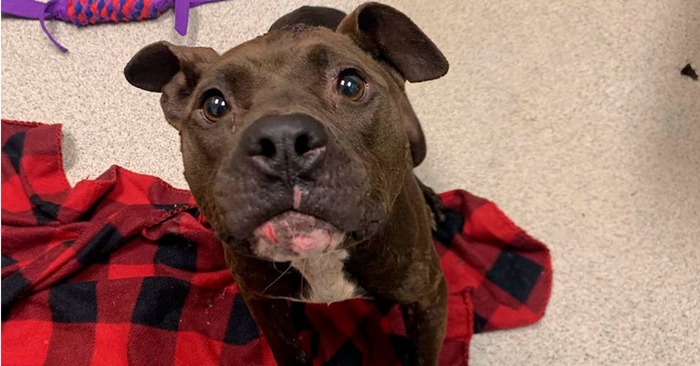 The story of a poor pit bull found in a garbage melts everyone’s hearts.

It’s really awful that there are so many heartless people in our world, who can treat animals badly, especially dogs, whose love and devotion towards humans are above everything.

A very heartbreaking case took place in Warren, Ohio, when a group of rescuers found a poor pit bull in the garbage, who was so confused and frightened. It was clear that he hadn’t come there by himself, because the sizes of the garbage were so big, that the poor animal would be unable to enter there.

Who did that awful action still remains unknown, but it is really incomprehensible, because he/she could just give him to any shelter or put for adoption. 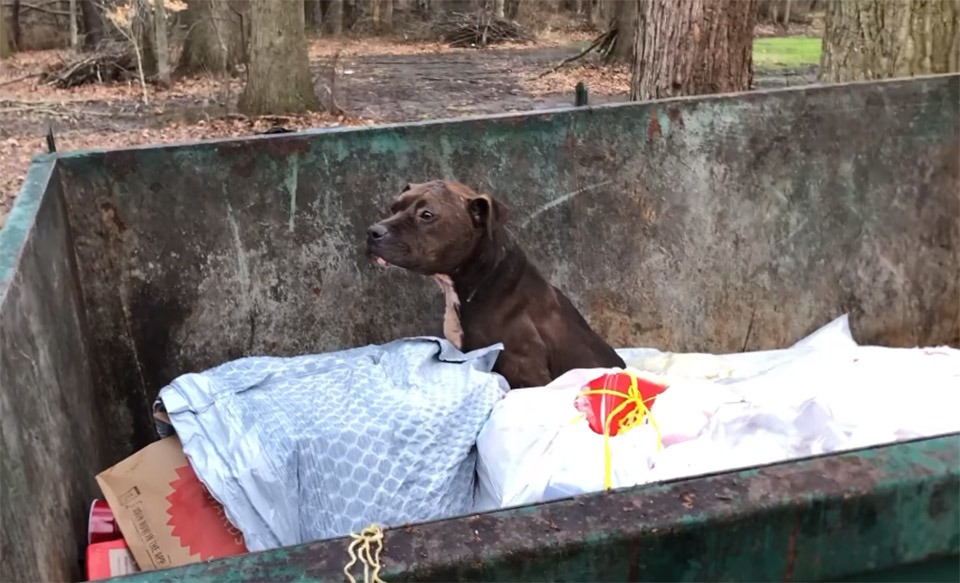 The cutie had some health problems, and also he couldn’t move his legs correctly. So the rescuers took him to the vet for examining him carefully. There were some wounds on his body, which proved the fact that the baby had a terrible past.

They called him Phoenix, and began to cure him as quickly as they could. 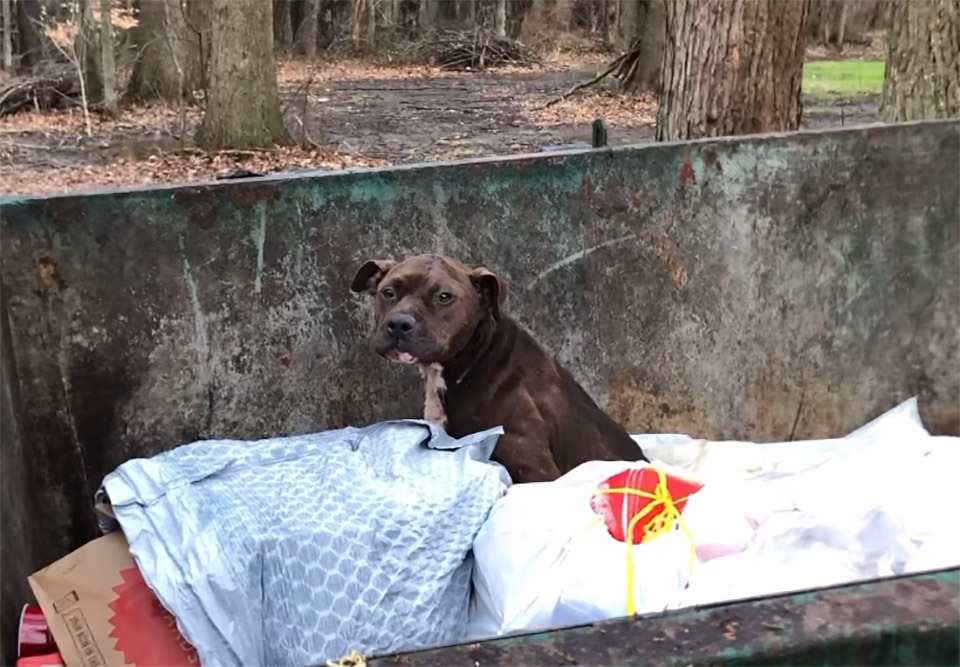 Although Phoenix didn’t have any serious health problems, he was very scared and depressed and needed to stay under the strong care of the skilled vets. And also his one tooth was broken and it must be pulled.

The touching story of the poor animal was shared on social media and excited thousands of people. Some organisations suggested their support in this case and promised to find the author of this heartless action and punish with the full severity of the law. 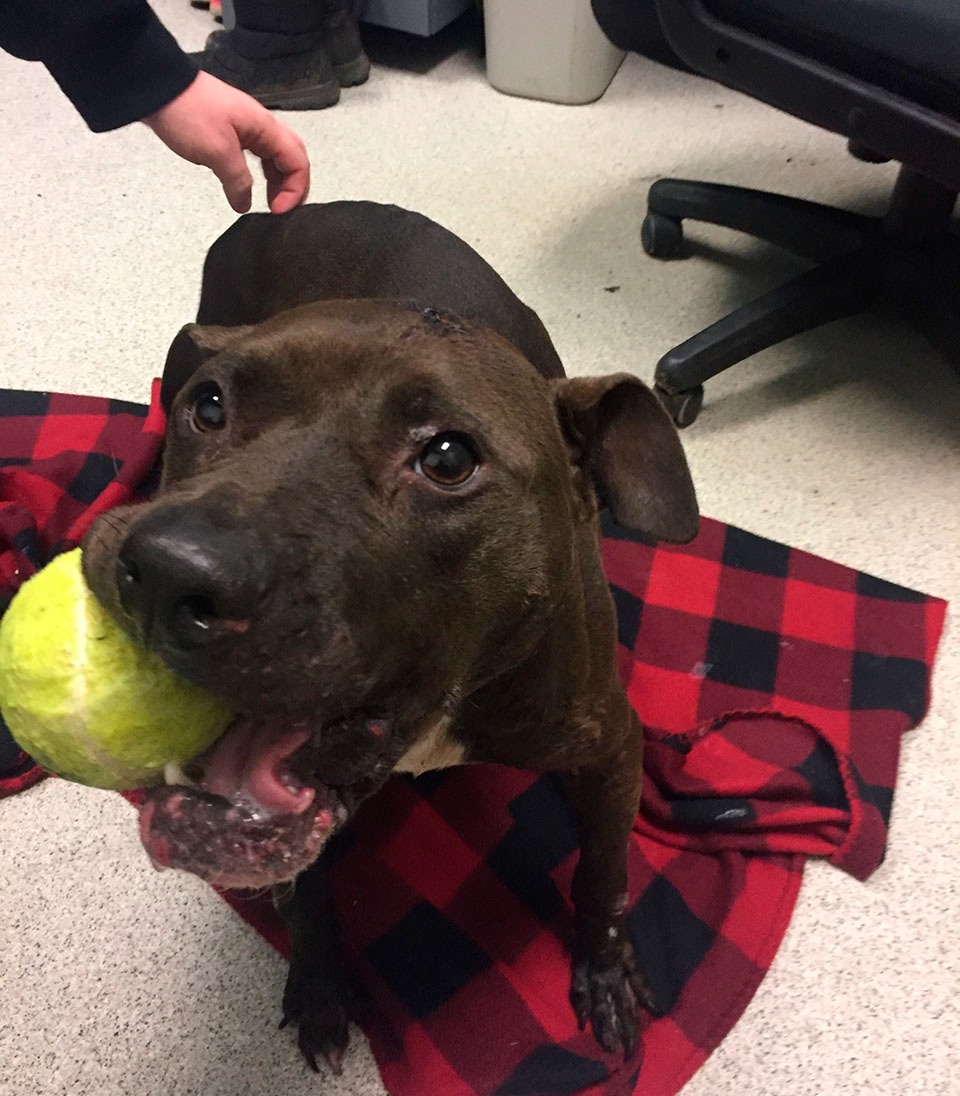 But there is good news about the case. Recently, a person suggested to pay for the dog’s treatment, which excited both the staff and the society. We all are thankful to him for his heroic step and we are sure Phoenix will become completely healthy and strong soon. 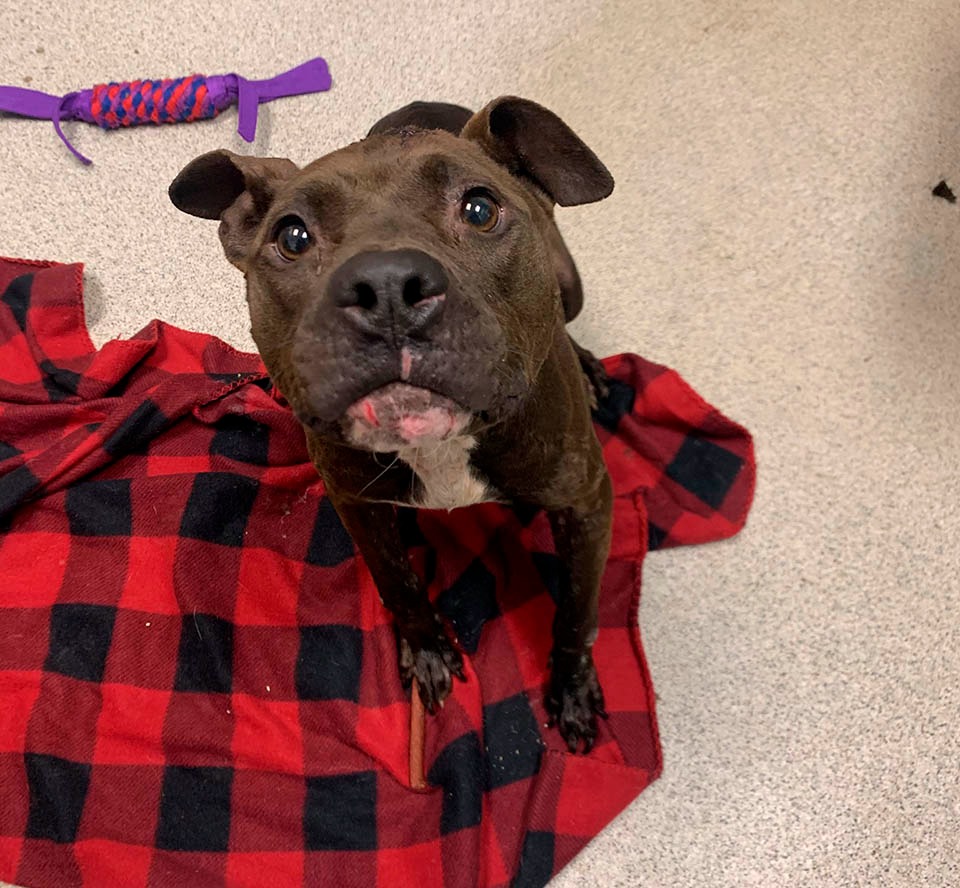