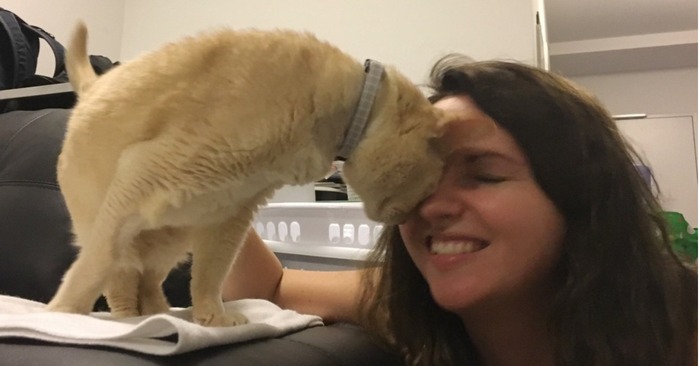 An adopted cat only sleeps when its paw is caught․․․

Meet Jamie, a 13-year-old Burmese cat who wound up in a rescue when his owner was unable to bring him with her when she went into a care facility. Jamie had cat illness, awful teeth, and kidney damage when he arrived at the RSPCA Sydney, but the staff took care of him. Even so, the crew was concerned that no one would adopt quite an elderly cat… 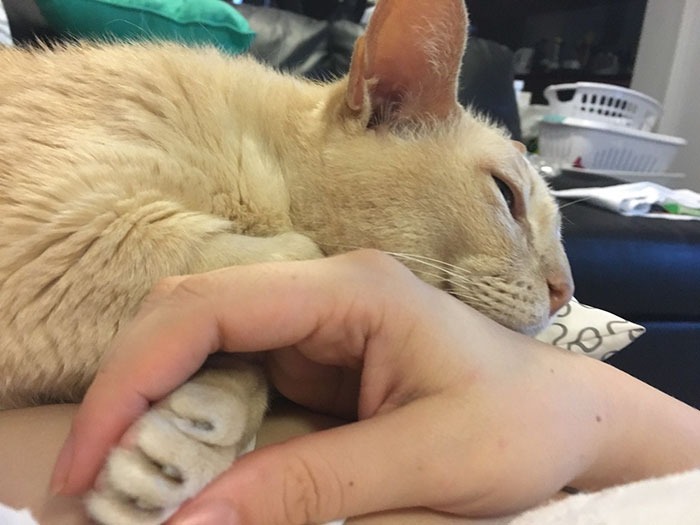 Then Sarah Murphy, a young woman, came in. She went to the rescue in search of a cat to cheer her up. “He was napping when I first met [Jamie], but he awoke when I knelt down and take a look at him,” Dempsey informed The Dodo. “He was plainly looking for some portions… I understood he’d come to my aid if I was lonely, and I’d do the same for him.”

Jamie is now infatuated with her because she brought him home. Dempsey stated, “He won’t be leaving my company.” “At evening, he loves to converse to me and accompanies me throughout my home.” 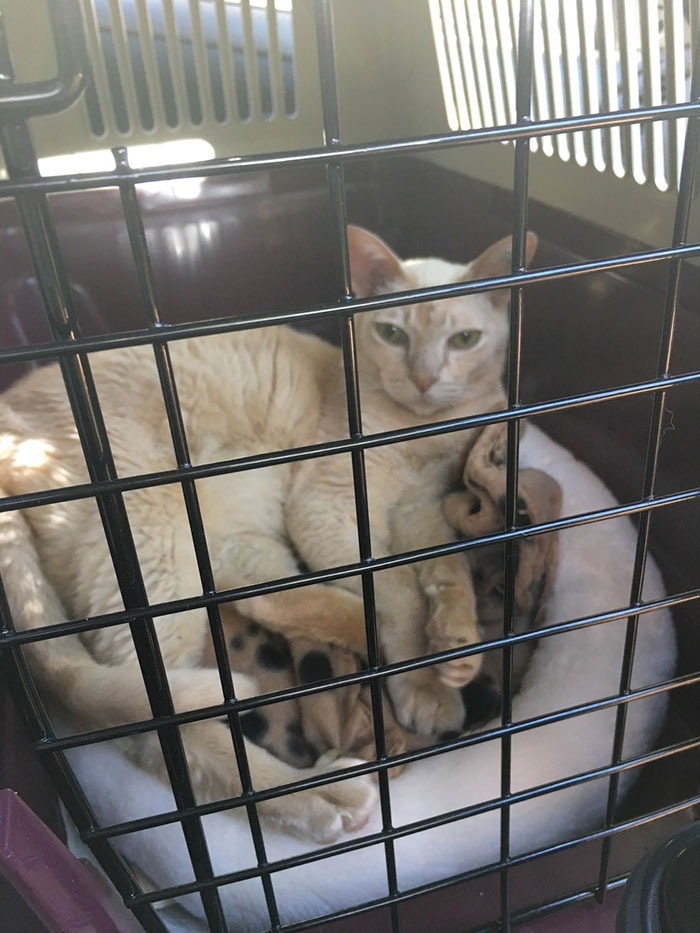 The best thing is that if his young mother isn’t shaking his hand, the cat can’t get it up. “He awakes, yowling, and scratches my arm back to him if I cut loose,” Dempsey explained. “I believe we’ve definitely formed a relationship.”