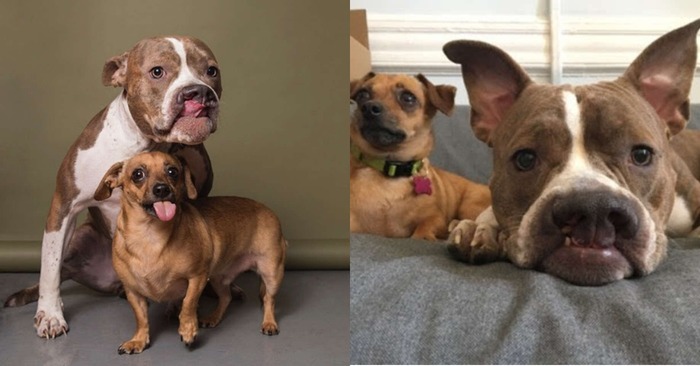 It’s nice to see that these two lovely dogs are in the safe hand.

Miss Piggy, a beautiful pit bull, is very frightened and shy, and avoids from humanity. Although pit bulls are considered friendly and funny dogs, Piggy has another character.

Her owners were surprised by her unusual behaviour. When someone wants to approach her, she escapes or behaves herself badly. 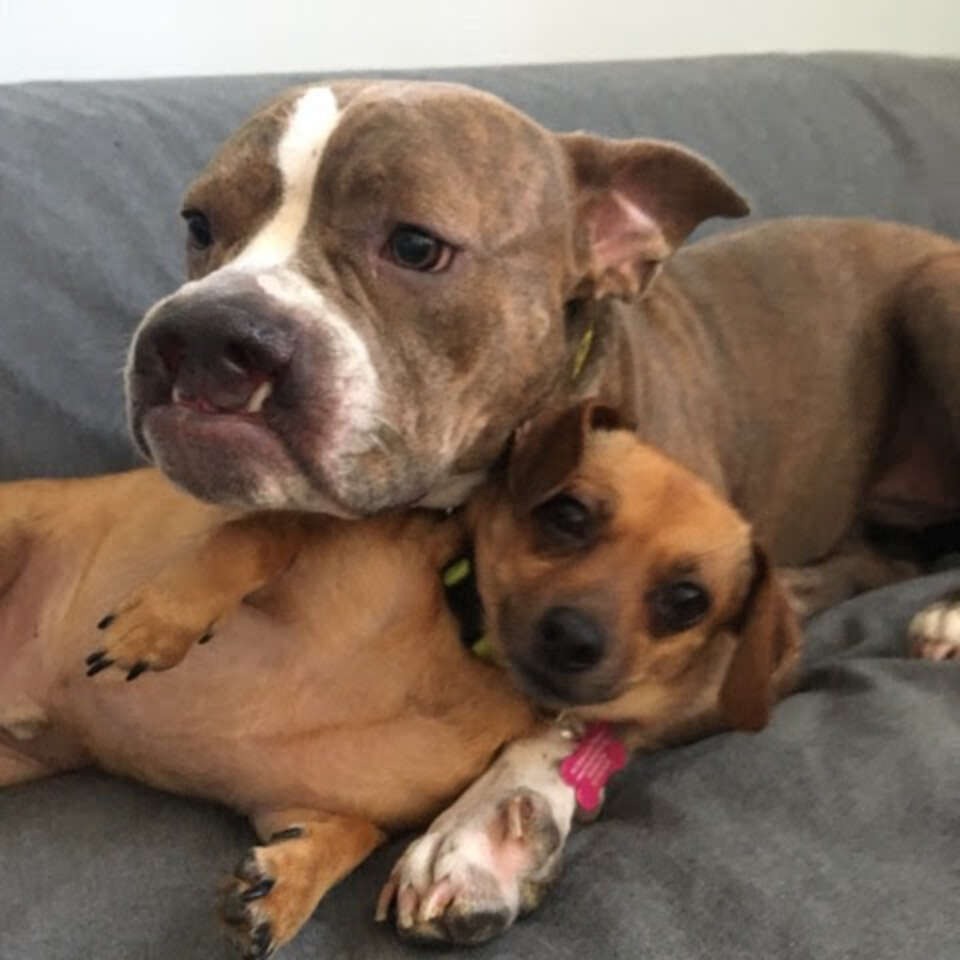 Miss Piggy and Happy, a tiny dog, were brought by Elizabeth Frank from their previous owner, who was ill and after a short time she would die. In some cases, owners refuse to keep their pets for senseless reasons, but this one is quite different. The woman realized that she would pass away, so she wanted to find someone who could take care about her pets. 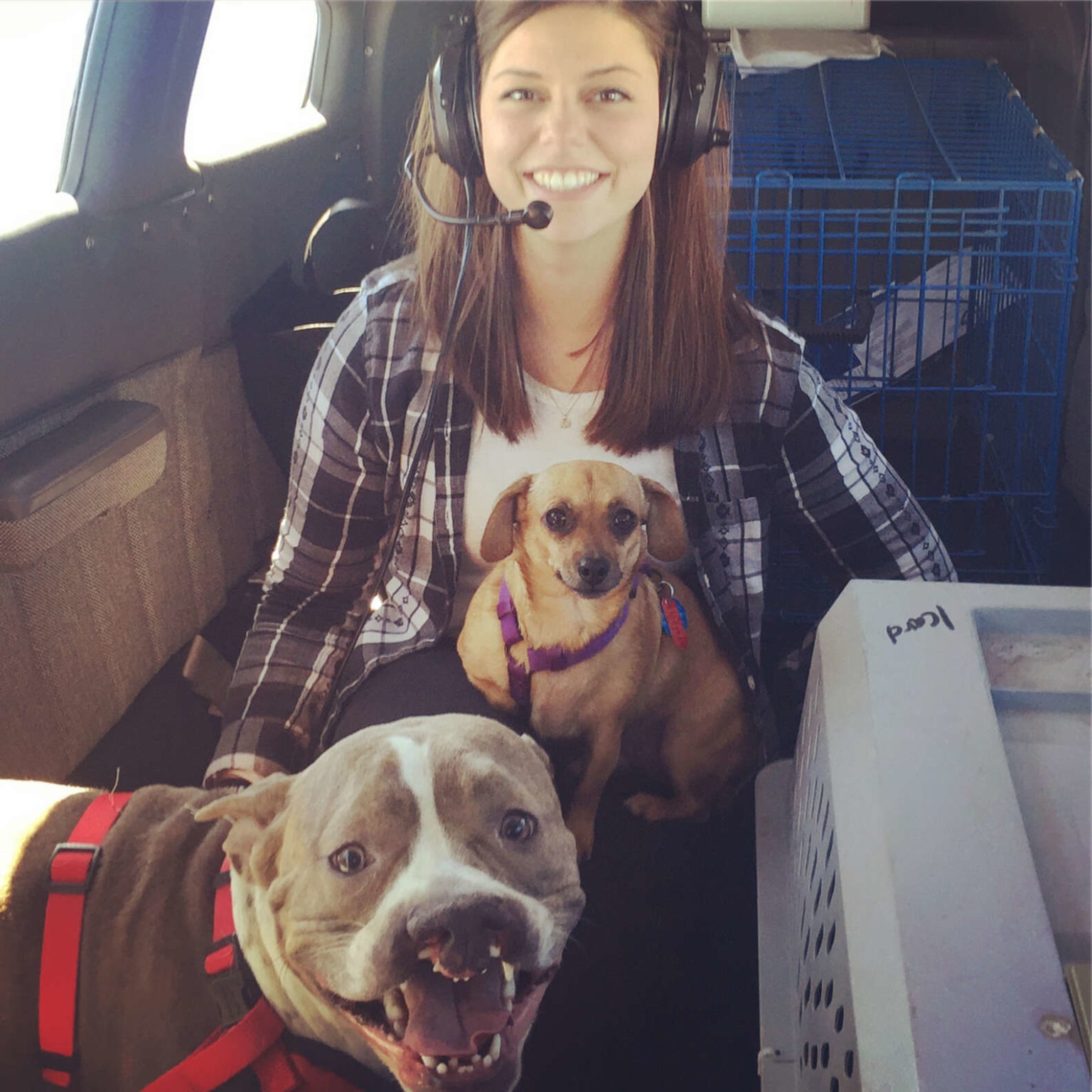 These two amazing dogs were inseparable friends and they got an opportunity to continue their friendship in a new family.

Piggy has a strange appearance, because of a double cleft palate, but she is quite beautiful and attractive. 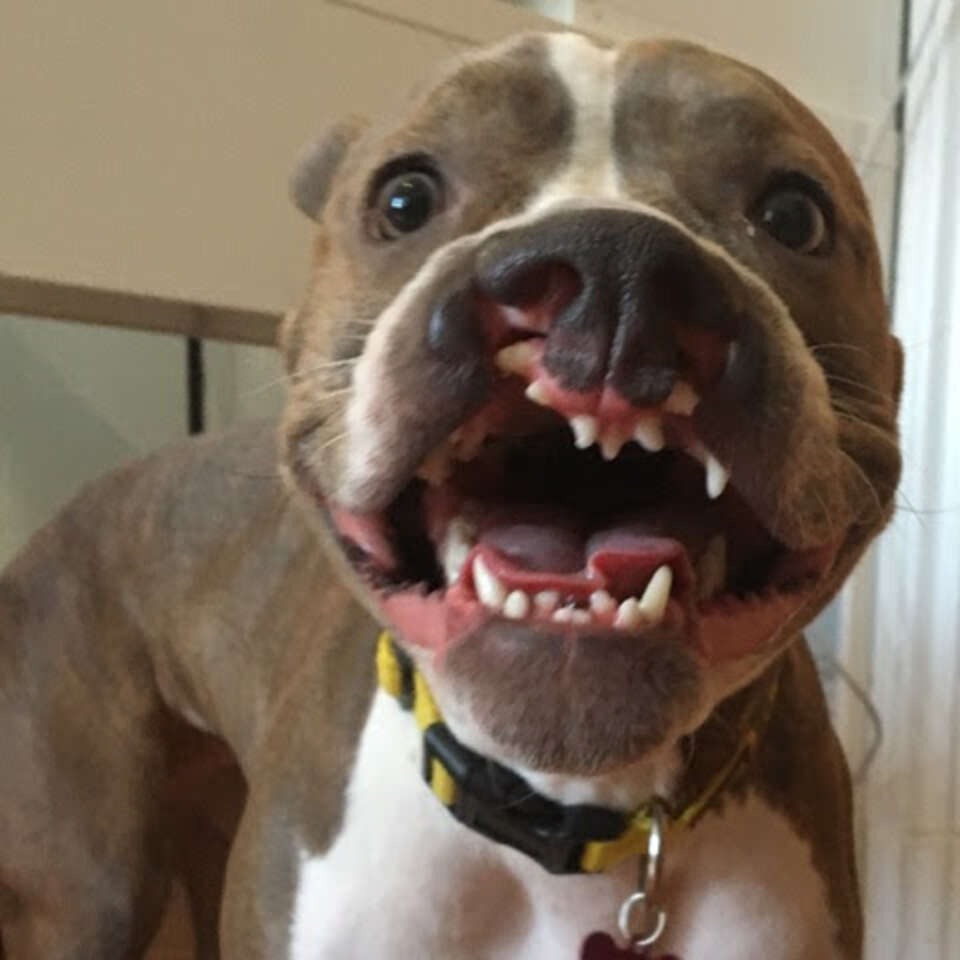 Although the dogs are very different, they have the strongest friendship ever. They both are very loyal and are ready to protect each other. They are the cutest couple and despite the fact, that they don’t understand each other in some cases, they cannot live separately. 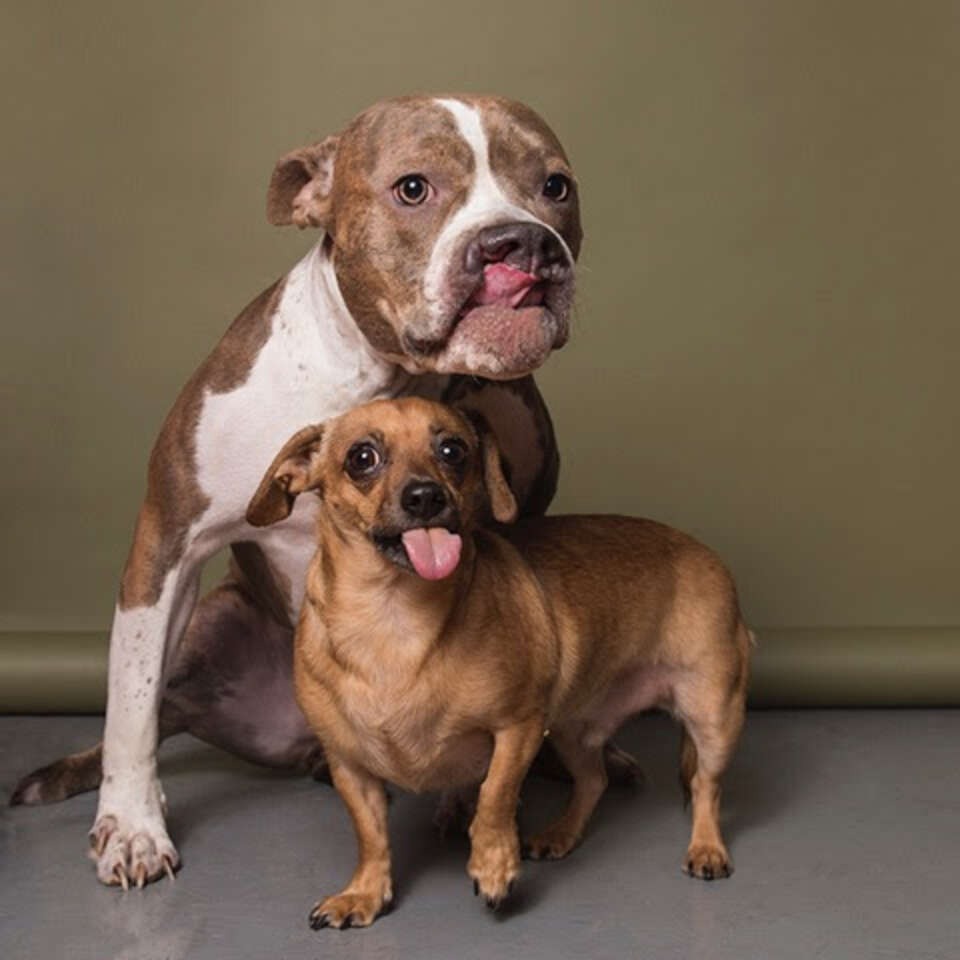 But there is a problem, which worries Frank: Miss Piggy’s fears. In order to find out what had happened and why this cutie was so frightened, she opened all the documents about the dog, which were given by her previous owner. Frank was sure that the woman had kept them perfectly and those documents with the vet information and everything about them proved that. 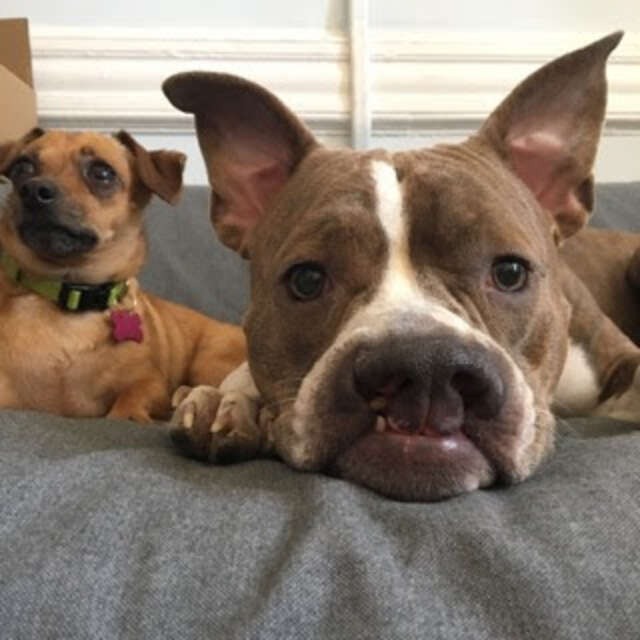 Although Frank hadn’t ever communicated with the dog’s previous owner, because of her serious health condition, she decided to call her to know what had happened with Miss Piggy.

When she called the sick woman, she was indescribably happy to hear that her loving dogs were in the safe hand and they had their new and caring family. Frank informed her everything about the dogs and promised to keep them well. So touching! 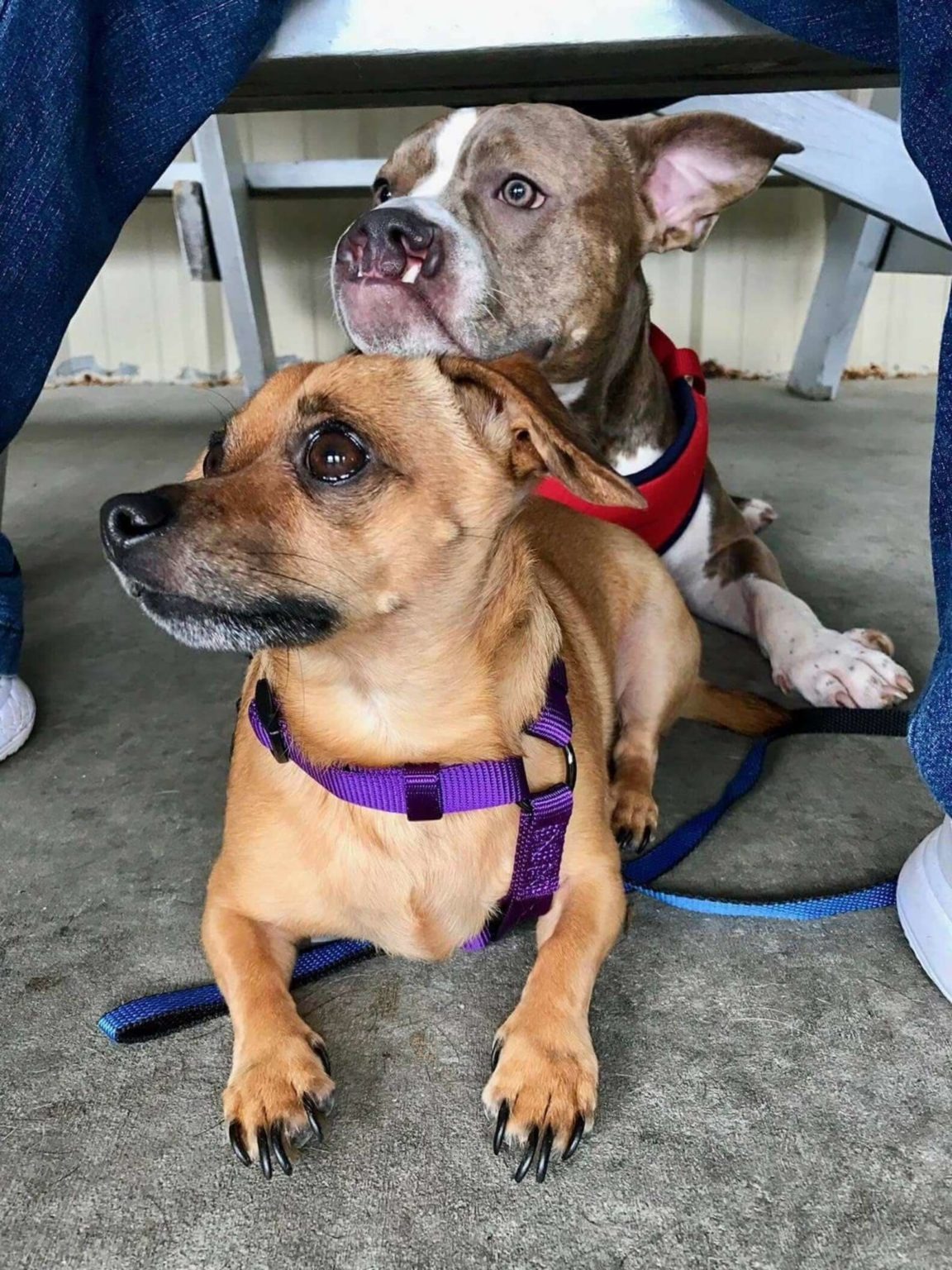