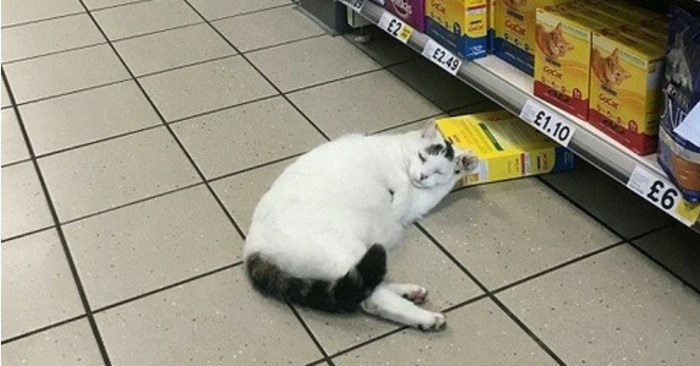 A hungry cat infiltrates into the shop in the morning to steal some cat food. He could avoid the workers in Rugby, England, he went to the cat food with a success, but something unforeseen happened: he fell asleep. 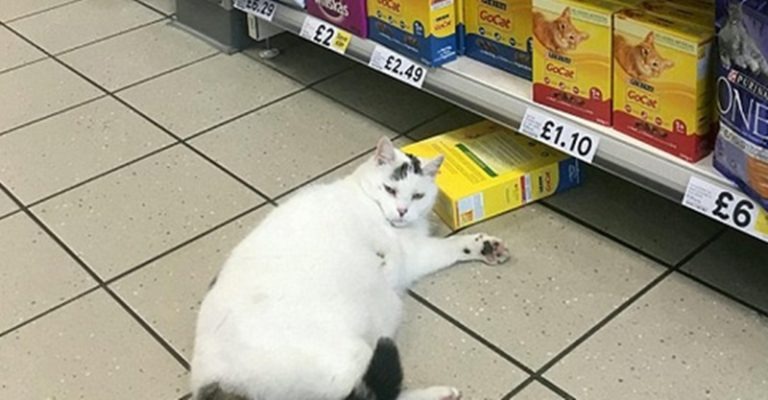 He examined the different meals, chose one a 2.49 pound portion, dropped it on the floor, but suddenly fell asleep.

Melanie Morris-Jones was the first to notice the sleeping cat, and she called the workers to know if they had seen the cat in the feed corridor. The cashier told, that the cat comes every day, but it was the first time he tried to steal something and ended up sleeping there. 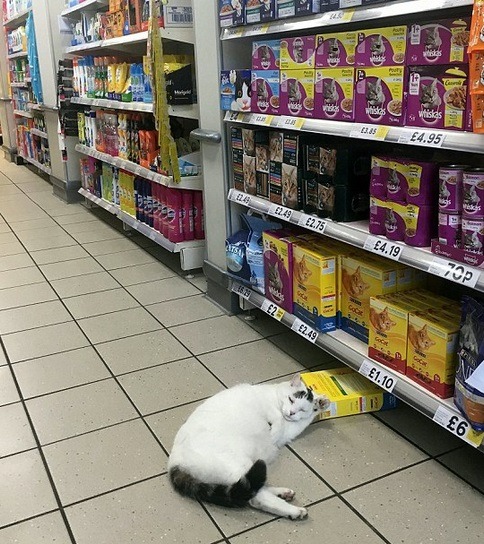