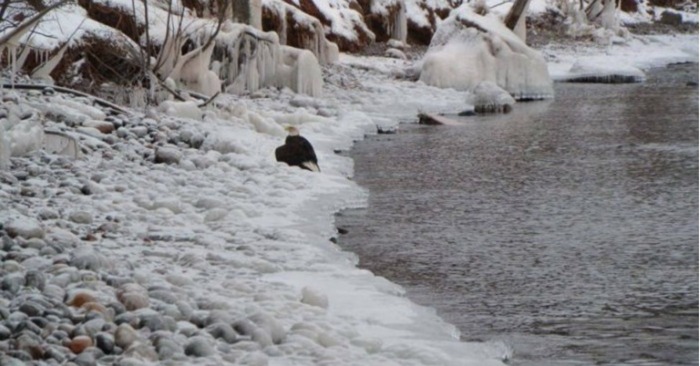 A cute bald eagle was saved by a hero doggy

We have heard many stories about hero doggies and their heroic deeds, who saved not only the lives of their fellows, but also the lives of hundreds of humans. This story is about a courageous and kind-hearted 3-year-old Golden Retriever named Kenai who is a bright example of this phenomenon.

One day when Kenai the doggy was walking with his owners at Duluth, Minnesota, he noticed an emaciated little wounded bald eagle. The cutie immediately alerted his human companions and started to bark insistently.

They guessed there happened something serious and they were quite right, because when they arrived at the place they saw an emaciated and wounded bald eagle who was sitting on the shoreline of the river.

They found out that the eagle injured his wing. Fortunately, the cute eagle was still alive, but he was extremely frozen and the caring owners of the doggy immediately called the rescuers.

This is Kenai the hero doggy, who is one of the main characters of this story. 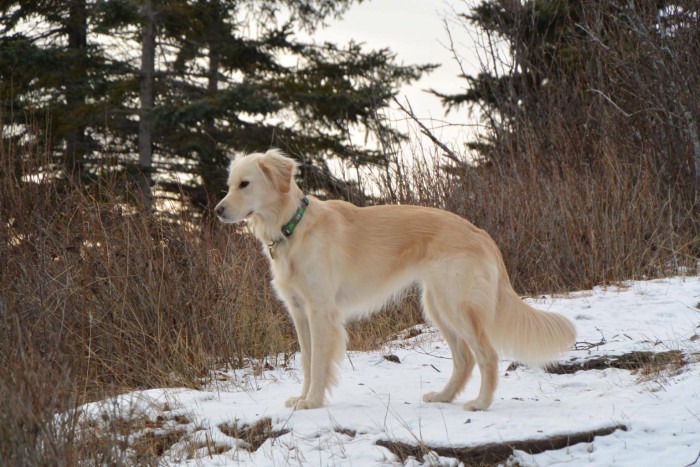 And here is the injured bald eagle when they first met him. 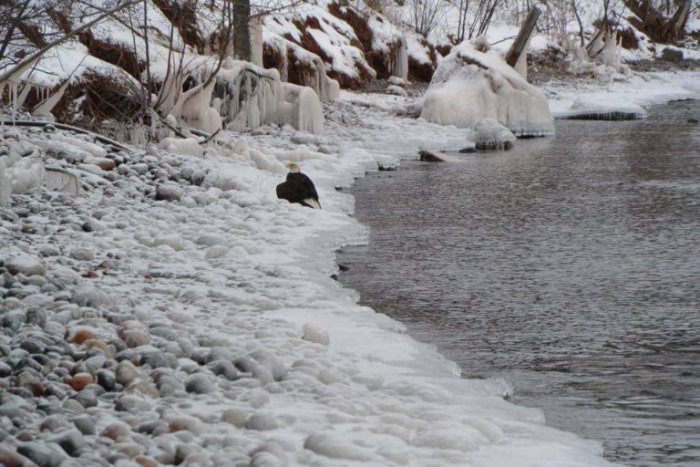 As soon as the rescuers arrived, they took the wonderful creature to St. Paul’s Raptor Center. After examining him, the veterinarians found out that the cute eagle had too much pain besides having a serious wing injury, because the poor creature was poisoned. 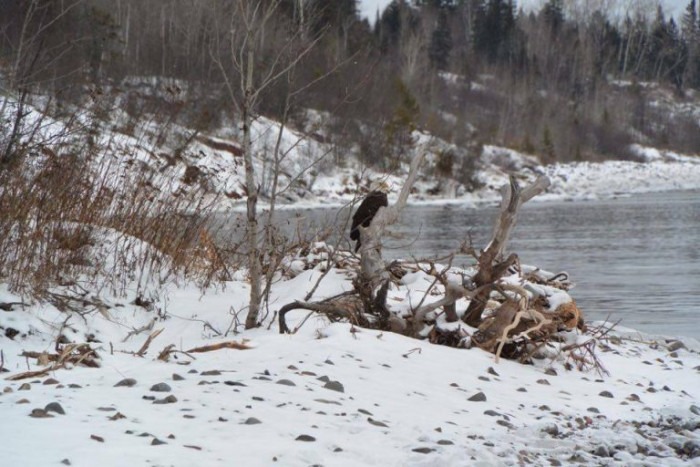 This is what the rescuers told about the case:

! – Our exam showed a shoulder injury, which we thought was likely fixable. Their exam showed lead poisoning (yes, again!), as well as a soft tissue injury of the left shoulder. – Wildwoods 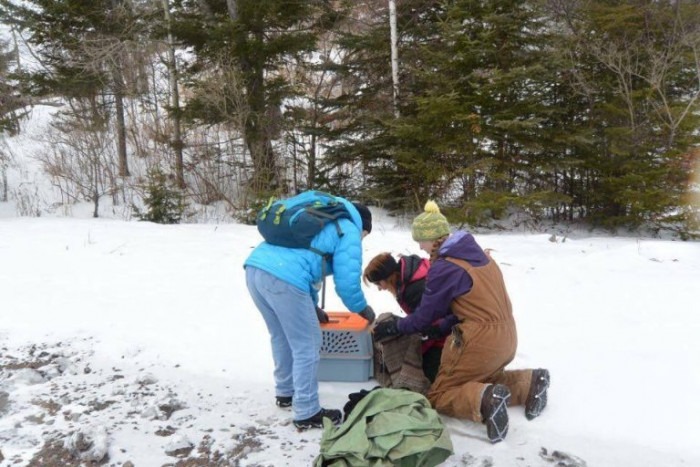 Fortunately, currently the bald eagle is safe and secure at the Raptor Center.

! – The Raptor Center thinks his chances are fair, and we hope for his eventual recovery.

Everyone thanked Kenai the doggy that he could notice the eagle due to his sharp eyes. 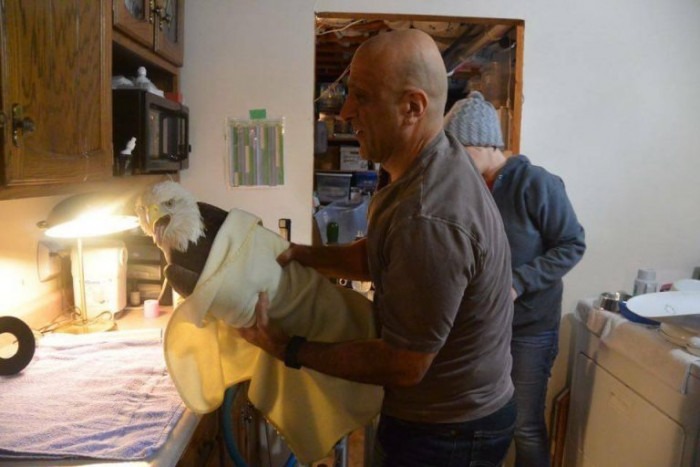 You can watch this video below.

Now that the wonderful bird is completely safe and secure, he will surely recover in the near future. The eagle’s rescue operation was successfully carried out due to Kenai’s strong senses and kind and courageous heart.