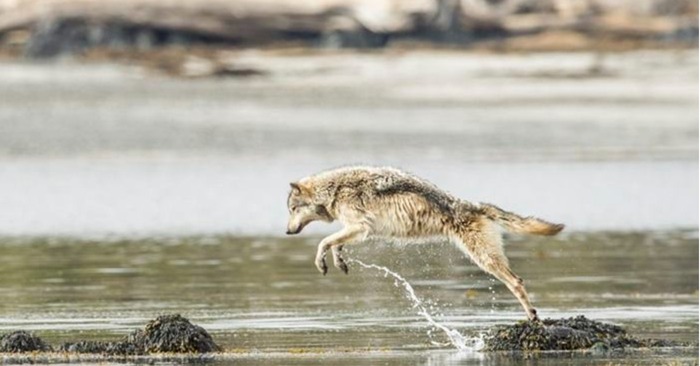 The unusual wolves, that can swim in the ocean

In British Columbia near the Pacific coast there is a population of sea wolves. The DNA examination showed that they are completely different from their continental relatives. 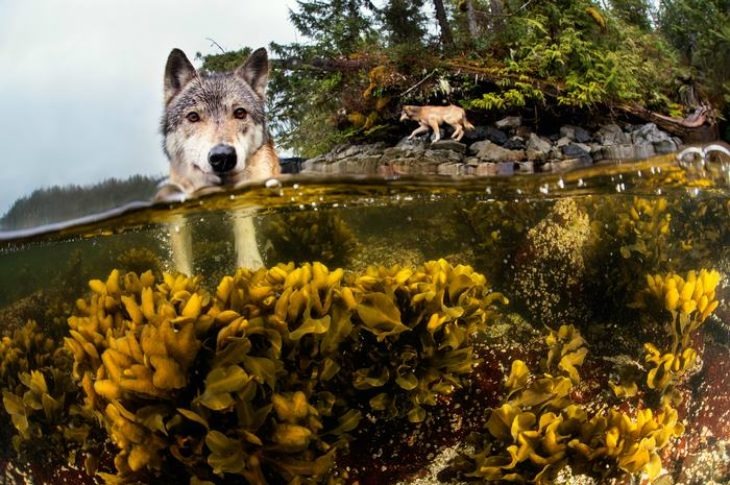 The photographer, named Ian McAllister has been studying these animals for almost two decades. He told, that their behaviour is different from other wolves, they like to swim from one island to another, also they are smaller in size. 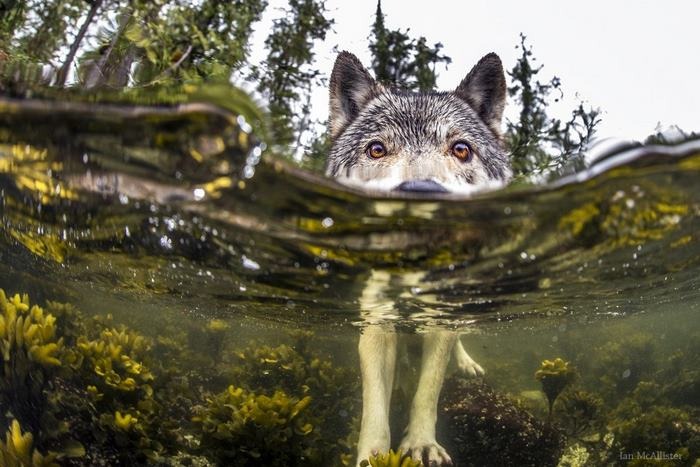 The man was able to capture them. He swam towards them and was so close to them, that he felt their breathing. 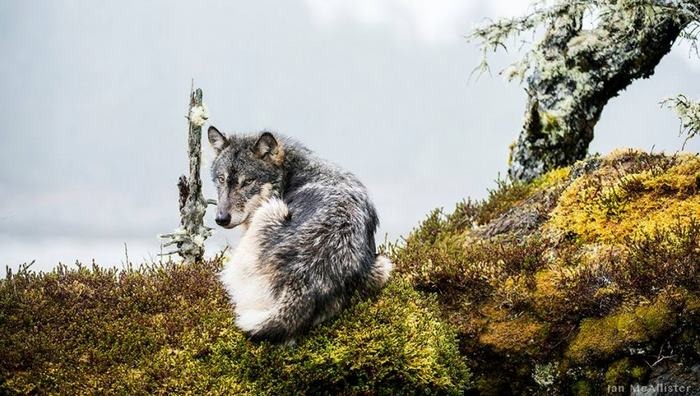 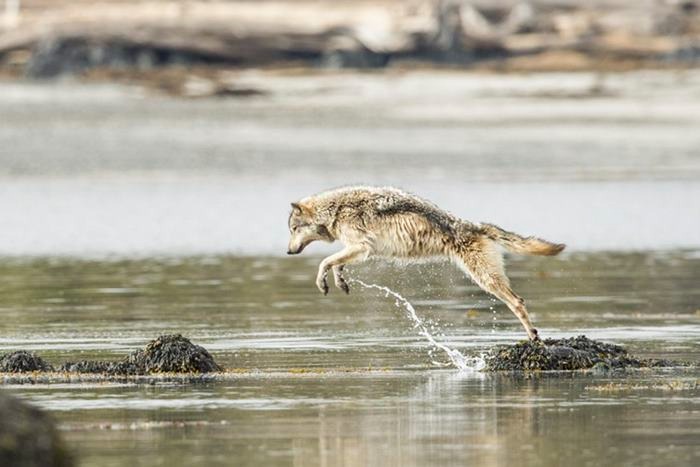 He took some pictures and then swam deeper without daring to look up. 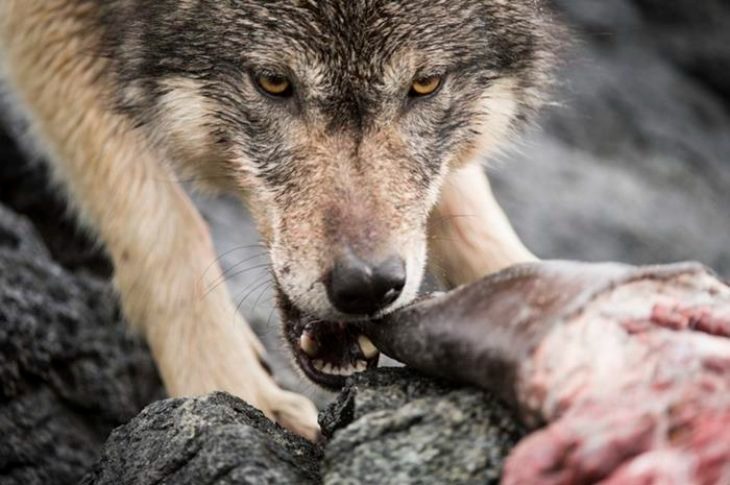 These unusual animals could also be called pescatarians, as 90 percent of their food consist of sea animals, especially salmon. They are also great swimmers and their farthest record was swimming 7.5 miles from the nearest landmass.