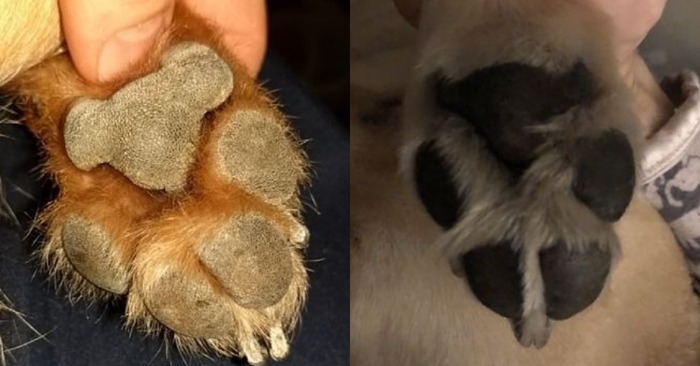 Every dog has toe beans and they are adorable! They even have a special hashtag on Instagram.

But what is more interesting some people found some resemblance between a dog toe and a face of a koala.

A twitter user once published a series if photos and it went viral.

And trust me if you see them you will immediately tell about their resemblance. A big pad of the dog perfectly resembles the face of a koala, with the rounded ears.

Many people commented on this and it went viral on the Internet. 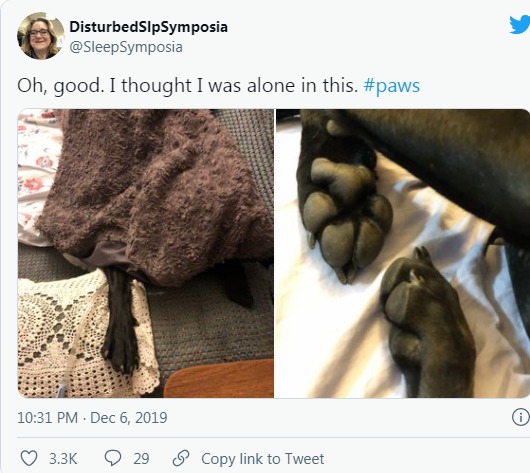 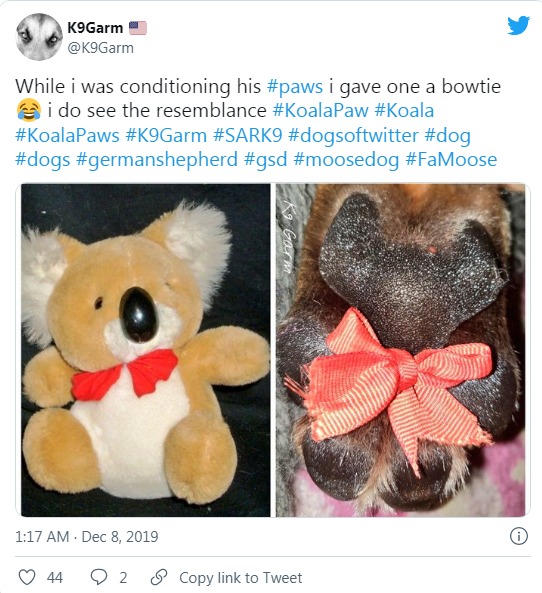 While the other wrote “Ours is like a koala teddy wrapped in fluff!” 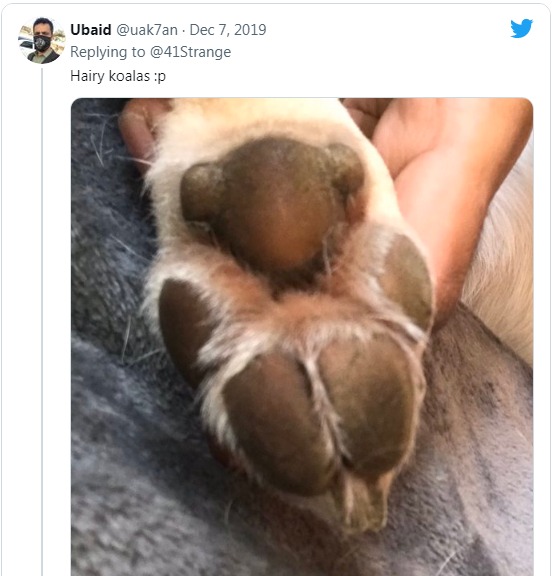 Also people added another things or animals, that the dog paw resembles. They are like Ewoks, teddy bears and even baby Simba from “The Lion King”.