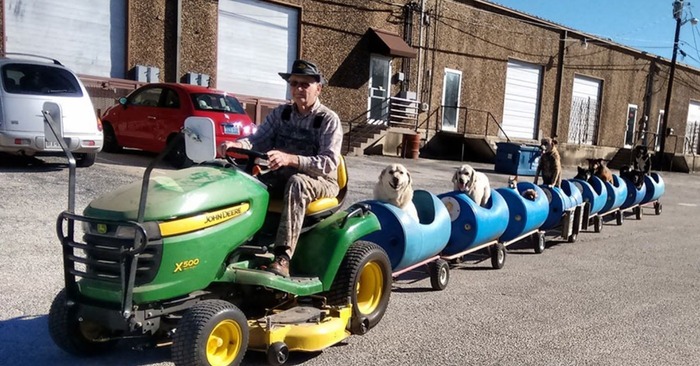 An 80-year-old citizen from Texas named Eugene Bostick spends his days working on a device what may become the best train in the world. He makes trains on his own and takes the rescued stray doggies for fun rides in the neighborhoods. 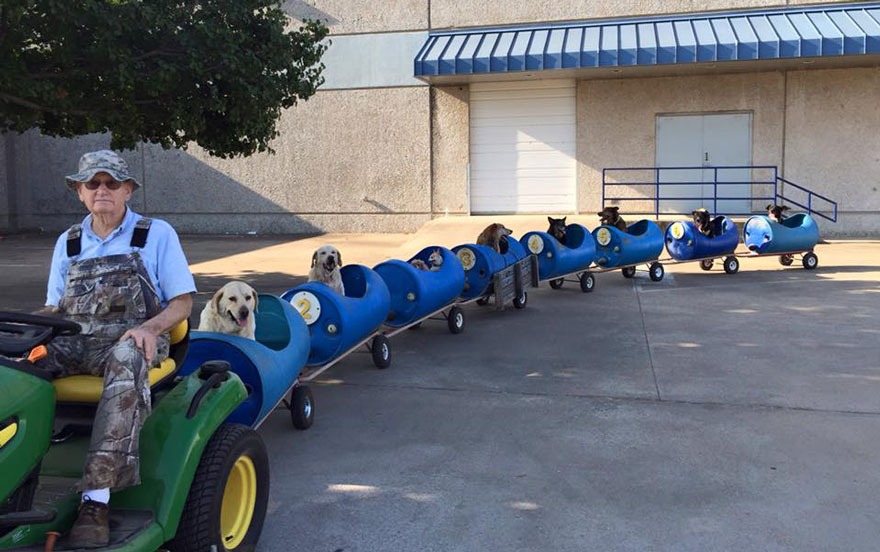 Eugene and his brother named Corky live in an area where many local people bring their unwanted pets and abandon them. Every time Eugene saw this his heart just melted and he decided to do something to make this innocent creatures happy.

“We started feeding these wonderful creatures and took them to the veterinary clinic in order to get them spayed and neutered.”- told Eugene.

Eugene and his brother decided to create something new and unique for these wonderful creatures. One day they suddenly noticed a boy with a tractor who attached these carts to pull rocks and they thought that those carts would do for a doggy train.

Eugene is a very good welder, so he took some plastic barrels with holes cut in them, put the wheels under them and tied them together,” – told Eugene.

So, the caring men were able to fulfill their wonderful idea and really succeeded in it, because whenever these wonderful creatures hear the man hooking the tractor up they become so excited and happy.

It’s so good that there are still such kind and caring people in the world! 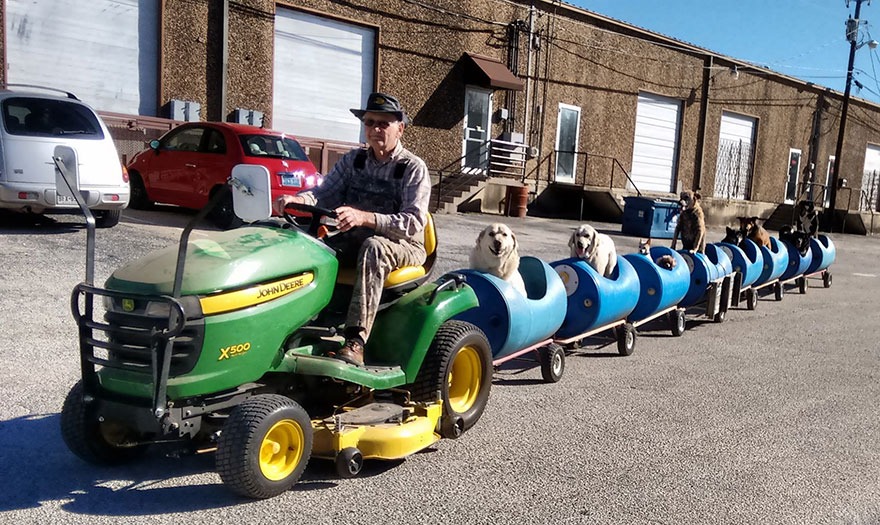