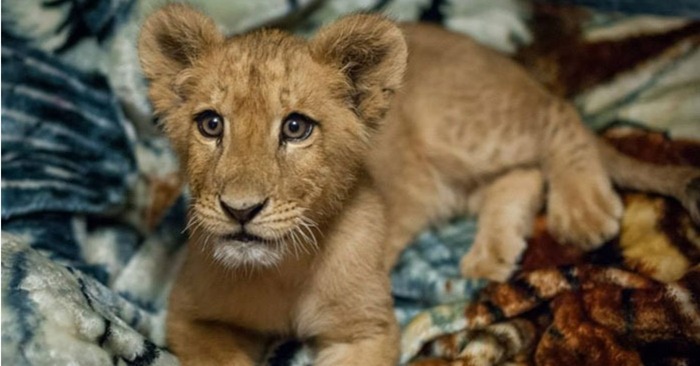 After being saved, the lion got everything he needed.

It was June 2014, when a rescuer named Vicky Keahey saw a baby lion, who looked like a little puppy at that time. He was abandoned by his previous owners and needed a lot of care and support. 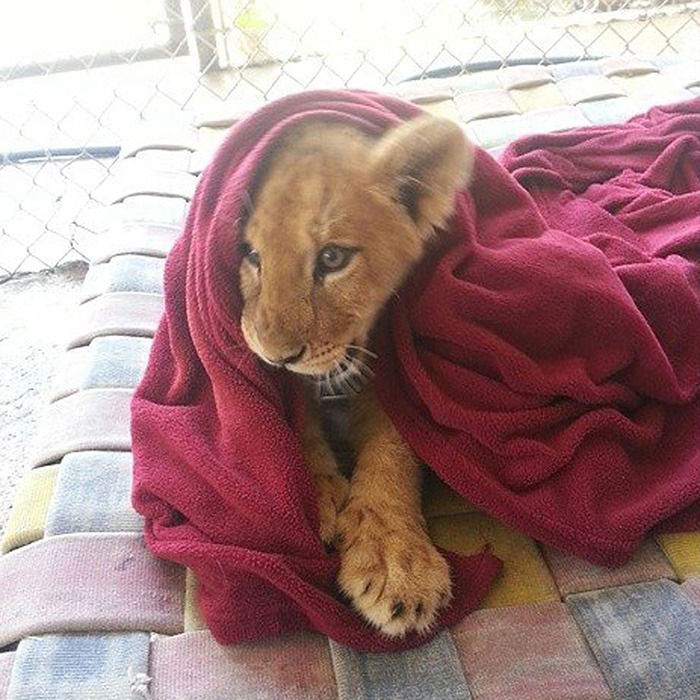 His previous owners brought him for their children as they wanted to have a baby lion like Simba (from the cartoon “The Lion King”) , but then they understood that couldn’t take care about him when he became old. So they connected to the shelter and asked for looking after the animal. The staff welcomed him with great pleasure. 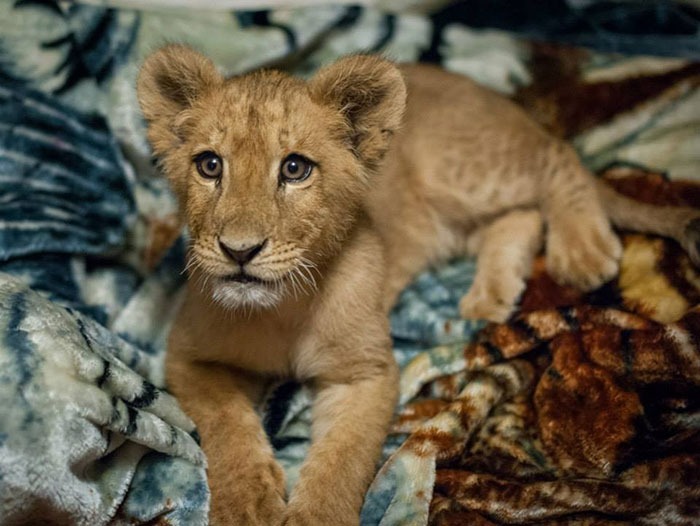 They also told them that the lion slept with the grandfather.

Keahey brought a blanket for the animal and covered him with it. Since then the lion always sleeps only with the blanket. 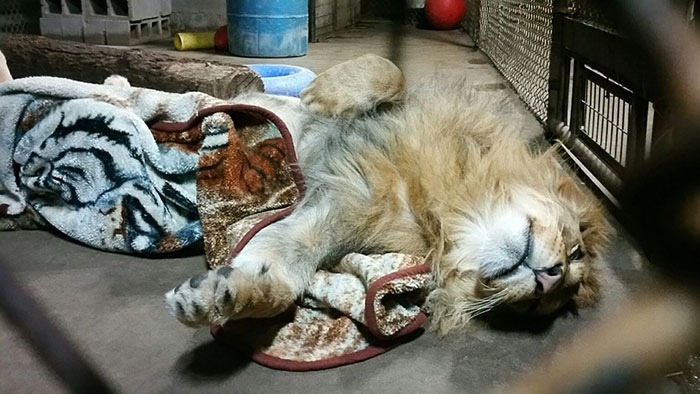 Now he is 2 years old and continues to stay under the care of Keahey. Now he cannot return to the wildlife, because he got used to live among humans. He has everything he needs: a wide space for playing, running, everything for eating, a comfortable place for sleeping. He is very funny and joyful and likes to spend his day playing in the playground.