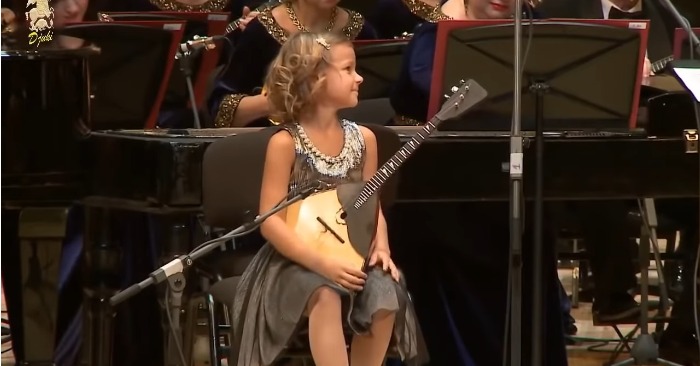 This girl will have a bright musical future.

Anastasia Turina is only seven years old but her talent, as well as her love for performing, shine as brightly as a professional musician. 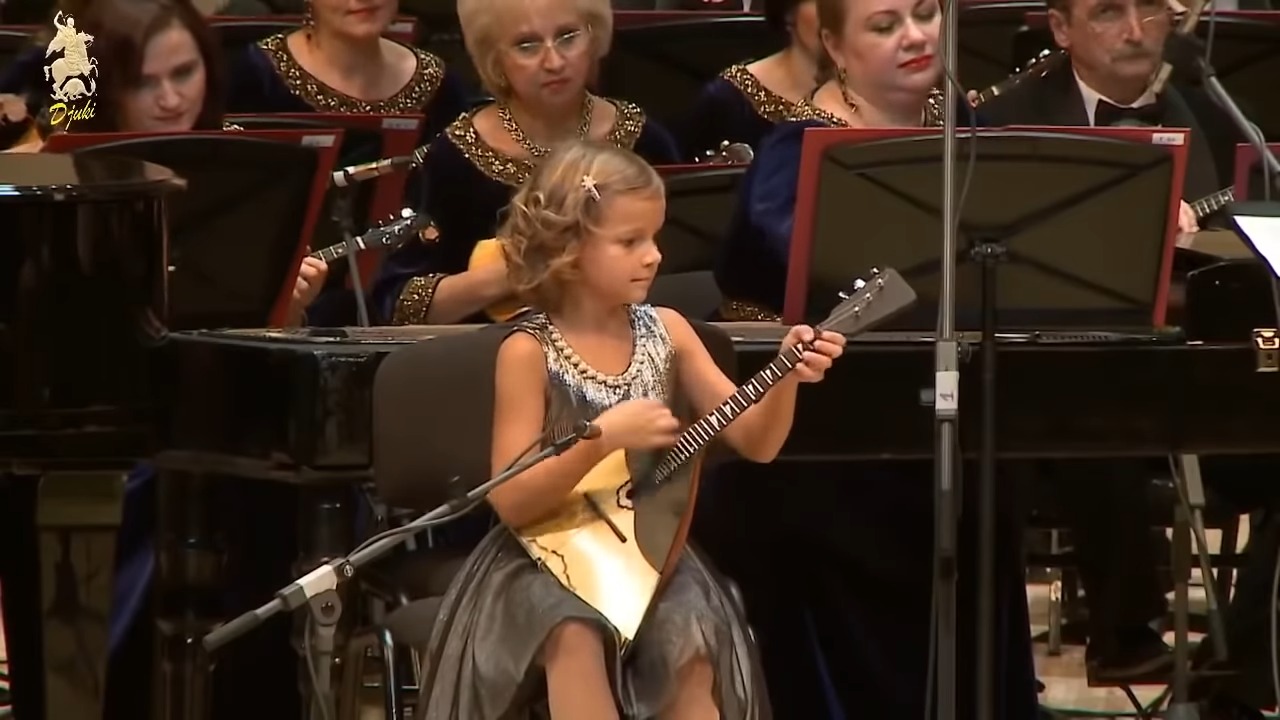 Particular attention is paid to the performance of a young Russian girl with the National Academic Orchestra of Russian Folk Instruments. Anastasia leads the orchestra in an incendiary musical version of the Russian folk song “Valenki” by Alexander Shalov, played on the Russian balalaika, a three-stringed triangular instrument similar to a mandolin. 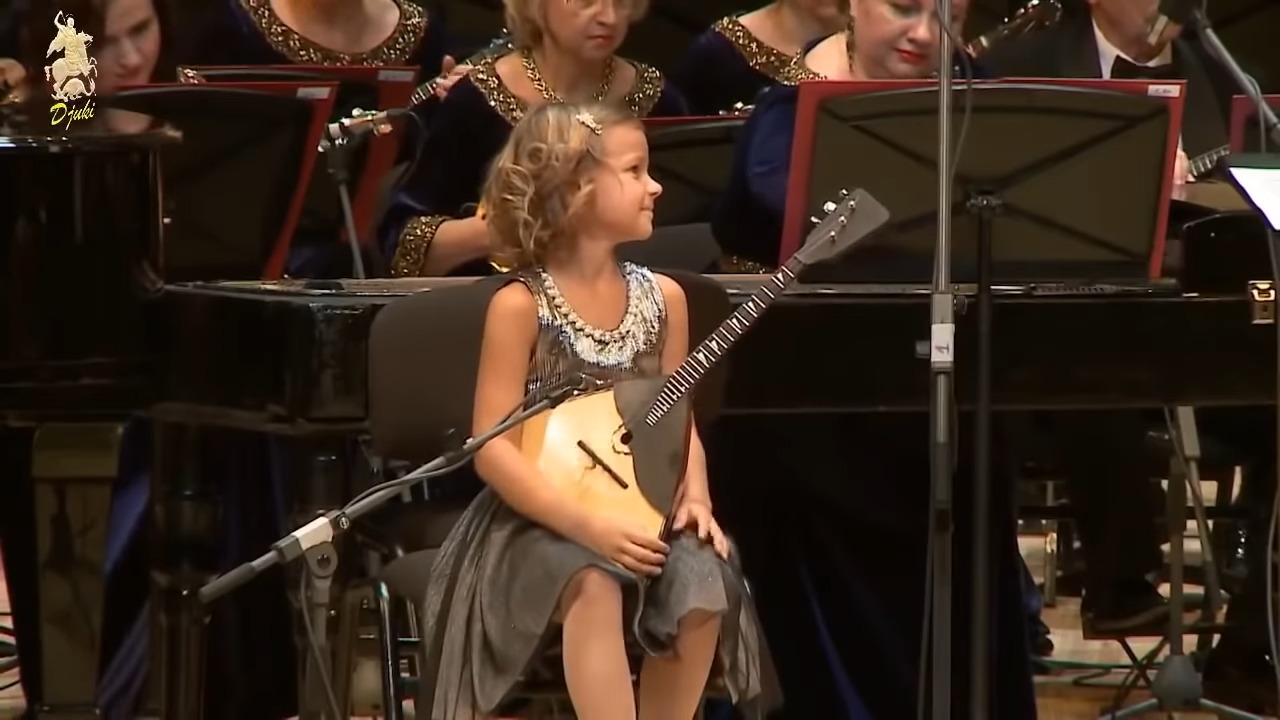 Anastasia is still completely absorbed in music, skillfully plucking the strings as well as smiling kindly at her accompanists and conductor. She seems on cloud nine as well as relaxed on stage, performing with poise and ease that will set her up for a bright musical future.