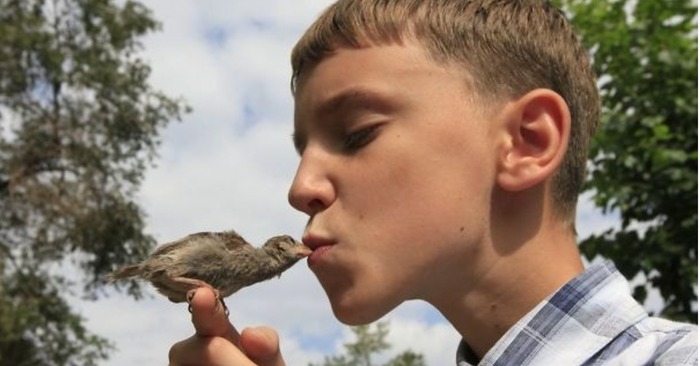 An unusual friendship: the heroes were a boy and a bird

It is known, that dogs and cats are people’s best friends, but there are cases where a very extraordinary friendship can be seen. One of such cases happened with Vadim Veligurov from Russia, who befriended with a wild sparrow. 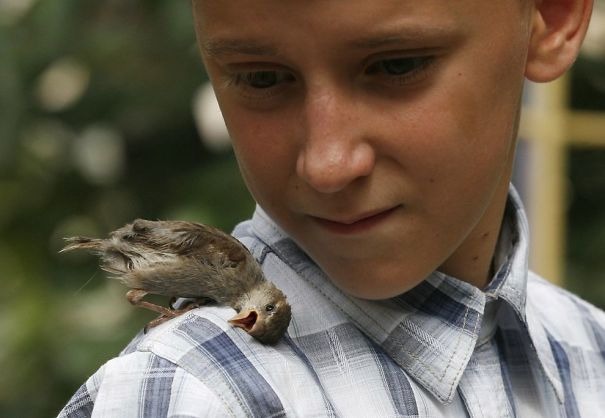 Vadim and a baby bird, named Adi became inseparable from the time the boy found it and returned to life. He saw this cute animal during the summer at his grandmother’s house. 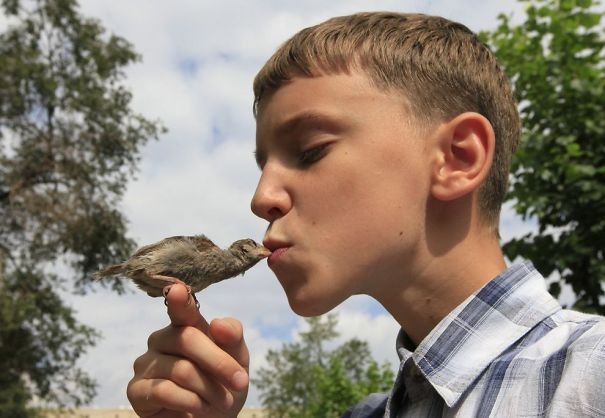 After recovering the animal decided to stay with the boy and even searched for food with him. 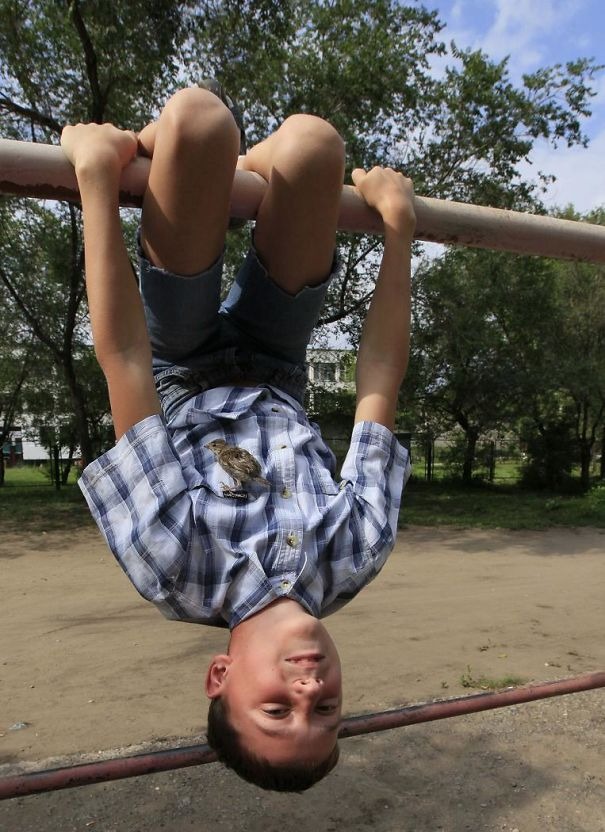 This wasn’t the first time seeing kids and their animal friends. Vadim decided to take the bird home after the summer. 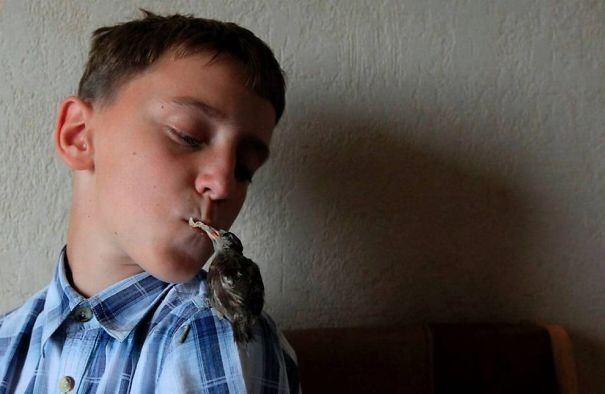